The Invasion of Latin America

Watching Professor Jon’s lecture on the “discovery/conquest” of Latin America in 1492 by Christopher Columbus immediately reminded me of the Brazilian History classes I had growing up. I was taught that Brazil was discovered by the heroic figure of the Portuguese navigator Pedro Alvares Cabral, in April 22, 1500. I remember that my history teachers would discuss whether the Portuguese had actually discovered Brazil, not because the native population already inhabited the region, but because some suggest that they arrived to the region by mistake while others say that navigators prior to Pedro Alvares Cabral had already been to the region.

The fact is that the Portuguese and the Spanish did not discover  the region we now call Latin America. The European colonizers invaded the region and were responsible for the genocide of the native populations that had inhabited the region for millennia.

Personally, I believe that it is extremely important to recognize the genocide caused by European colonization. Of course there is no way of amending the past but we do get to shape our present and future. Engaging in decolonization can take several forms including decolonizing food systems, learning about the etymology of words coming from Indigenous languages and learning from Indigenous intellectuals and leadership. For example, do you know how the native peoples called Brazil before the arrival of the European? I didn’t know it until just recently. It was called Pindorama which comes from the Tupi language and means Land of Palm Trees.

As we know Latin America is a vast and diverse region. I encourage each of you to learn more about native/ Indigenous intellectuals and leadership in Latin America. I will share 3 native/Indigenous leadership from Brazil that I admire. Hope you find their work as important and fascinating as I do 😉 Environmentalist and writer, Krenak played a crucial role in the inclusion of Indigenous rights to Brazil’s 1988 Constitution.

Leader of the Association of Indigenous Peoples of Brazil (APIB) and politician.

Chief of the Kayapó People and Noble Peace Prize Nominee. 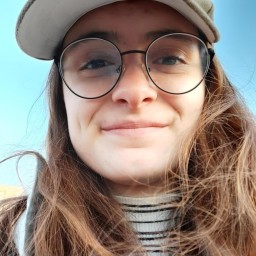