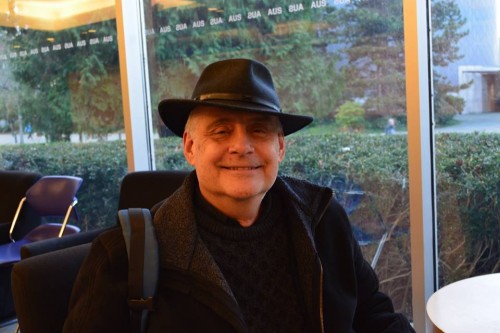 People that have interacted with me in different times call me different names. When I was young boy, people called me ‘Bobby.’ These people are mostly dead now though. *laughs* Then people started calling me ‘Bob’ in my early teens. The only time I was called ‘Robert’ was when I knew I was in for some shit. But other than that, it was a traditional thing to call me ‘Bob.’

Then at a certain point in life, almost fifteen years ago, I tried to go by ‘Rob’ as an experiment.

Throughout my life, I’ve noticed this change in culture regarding status in late 70s or early 80s. In my early life, it was a positive and traditional thing to call people by nicknames like Joe, and Mike. But then ‘Joe’ started calling themselves ‘Joseph,’ and ‘Mike’ started called themselves ‘Michael.’

I always saw formalizing names as dressing for business or success. Formalization sets in, and the old casualness has become something negative, though I don’t agree with it at all. It’s kind of like when I have a suit and a tie on, people treat me differently, more so for women if they dress differently. I read a book by David Foster Wallace, who wrote about names in an essay in his book, Consider the Lobster. He talks about how names affect your status and influence, you should read it.

Also, here’s a personal example: my sister ‘Jane’ used to be ‘Janey.’ Then at a certain point, she rejected the name ‘Janey,’ claiming that it was not dignified enough. And so, she started to use the more formal name ‘Jane’ as a status symbol. I had to train myself to not to call her Janey. It seems that she wants to go back to being ‘Janey’ as time passes however. Personally, ‘Bobby’ is sounding better and better to me as I get older and older.

See The UBC Name Project on Facebook to see the rest of Rob’s interview.