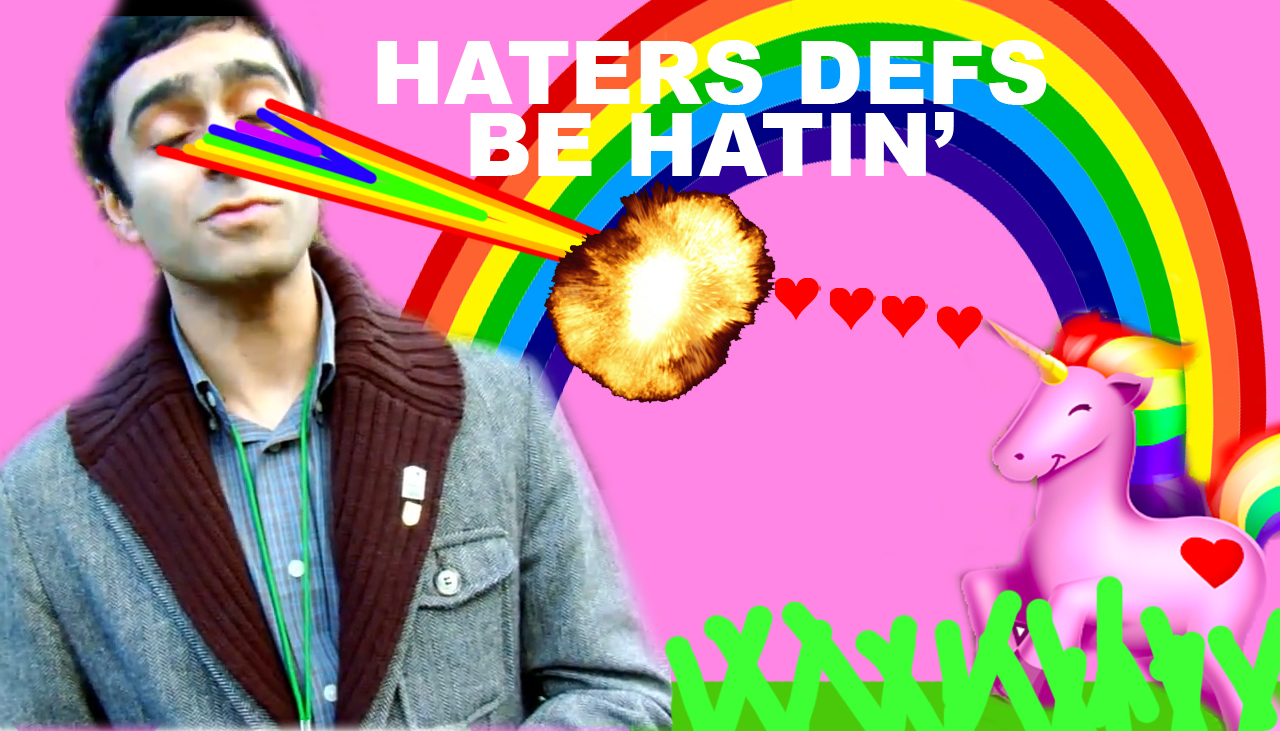 Directors vote on the budget, and on Wednesday will be voting on VFM. This is obviously a conflict of interest, and we give you these extra goodies from code:

A Director must not use his or her office to seek to influence a decision, to be made by another person, to further the Director’s private interest.

Regarding the last little gem, we think that creating a blog with a massive header saying 101st President, creating multiple videos talking about your role as President, and marketing yourself as BIJAN THE PRESIDENT is using your office to seek to influence a decision (vote) to further your private interest (money, fame, and glory for all).

Not to mention that Code says you’re not allowed to accept compensation (student fee money) for anything other than your job.

*IT ONLY GETS MORE HACKY BELOW, WARNING*

So, we’ve already established that it’s a big fucking conflict of interest and that code says AMS Council can’t get paid. However, there’s more.On Wednesday, AMS Council will have to vote as to whether they will suspend Code or not (for Condorcet) but ALSO because Code specifies that…

…the ballot shall provide the following five options as award amounts: NO MONEY, $500, $1000, $1500 and $2000. The online ballot shall show the default vote of NO MONEY pre-selected for each contestant.

And since they’ve made the Elections VFM Budget $2000 instead of $8000 (to put the rest of the money towards funding blogs ALL YEAR ROUND) this will need to be changed.

How will this affect the vote? Well, we’re predicting that bijan.ca will win VFM in the Elections Round, simply because of his name recognition. That, or Radical Beer Faction will take first place again. Simply put, people vote for the names they recognize. UBC Vanguard has said they’re in this for the Elections money and not the Continuous money. So if council (cough Bijan and Brian cough) decides to NOT go with what was originally intended and instead keep with code, then they’re essentially putting a fuckload of more money in their own pockets.

WILL YOU PLEASE LISTEN TO ME NOW, AMS COUNCIL, AND TALK ABOUT THIS GODDAMN ISSUE? HEARTS AND UNICORNS, T.