We had a lot of trouble writing this post, for a lot of reasons.

There’s the usual boilerplate: you’re all good candidates. There wasn’t too much difference between the various campaigns. This isn’t necessarily a bad thing, because the AMS is moving in a pretty clear direction and it’s kind of obvious what the priorities are. We all know that communication sucks, we need to address the deficit, and people aren’t feeling engaged.

Then there’s the unusual boilerplate: “Why isn’t the sparkly unicorn blog more sparkly/unicorny/nice?” 1) you’re right and we are super-sorry about the unicorns, world gone mad; 2) awww kids have you read the archives? this is sunshine and puppy dogs, also 500% less sexual harassment. So you know what

and we’ll see you at the wrap party so you can tell us more about your feelings, and then we can all talk about how this campaign season was craaaaaaay and negative and upsetting, for reals tho

The big ‘un. Getting this one together took a super-long time. So here’s the deal: pick one of Caroline Wong or Jay Shah. 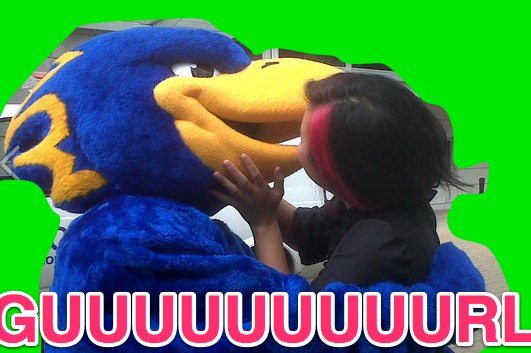 Caroline: From what we’ve experienced (sorry can’t cite anecdotes, you’ll just have to trust us? or ignore this?) Caroline genuinely cares about her constituents. She’s big into student engagement, and her campaign has proved her ability to engage all kinds of people. A student politician who can actually inspire people is as rare as a Kardashian kast member with a C name.

But: Caroline’s multiple, serious violations during this campaign period also speak to a concern about her ability to delegate power and control volunteers—the President cannot micromanage her every responsibility. Who knows if this would come up during the Presidency at all, but when you’re looking at three similar platforms, it’s the little differences. 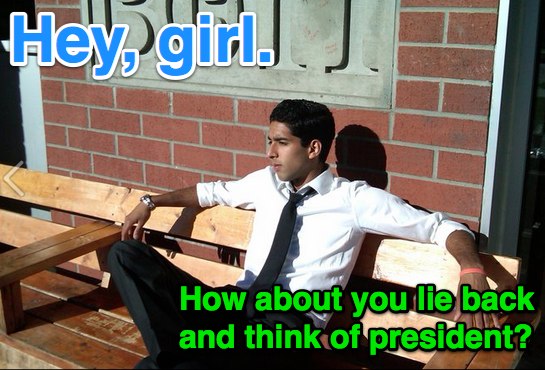 Jay: Jay’s got a great connection to services, and is the only candidate to really focus on advertising the services—which are arguably one of the most important aspects of the AMS. Students benefit from the services in real and immediate ways, and by all accounts Jay has done a great job managing them. He’s also extremely well-spoken, which is, like, a super-great trait in a spokesperson? (Except for his punctuation. Dude likes periods even more than he likes Jay-Z.)

But: Jay’s campaign has also taken some weirdly negative turns—saying outright that the AMS is “irresponsible” with money,  f’rinstance. Or that he’ll be an “accountable” voice, or that he’s not a “political insider,” both of which imply…. His focus on the budget draws on his experience at Services, which are a relatively static area of the AMS. He hasn’t done enough to convince us that this would prepare him to deal with the much more volatile AMS budget, with its underperforming businesses and unexpected expenses. Maybe he will—he certainly hasn’t done anything that makes us think he can’t.

So, one or the other. And for the record

Ekat: In many other years, Ekat would have been the strongest candidate. That she ran against two experienced insiders (despite what Jay says about himself, ECSS is the sixth executive) shouldn’t detract from a great campaign. She was definitely the underdog, but she had an enormous list of things the AMS /should/ address. We think she’s overextending herself already with that list, however, and we worried—just a little—about her ability to address one large goal while dealing with everything else on the Presidential plate. And this is awesome:

yea just pick some, no one curr