Gilbert Ryle thought that the way that philosophers distinguished between mind and body was very confusing. He believed this confusion was due to the way we use the word “mind”. He said that we talk about minds in a parallel way to how we talk about bodies and that this is what causes the confusion. Bodies exist in the physical world and hence obey physical laws. Minds don’t really exist in the physical world, so they must exist in a mental world, and if minds exist in a mental world, surely they must obey mental laws. Alright, I already agree. That is a confusing way to think about it. This way of thinking about mind leads to all kinds of absurdities.

I don’t know whether it’s because I bought what Ryle was selling when I first read him or if it’s the small amount of psychology that I understand, but I have no qualms with accepting the notion that there is no clear distinction between mind and body. (I’m fairly sure that modern psychology confirms this notion.) I’m far more interested in the approach that Ryle took to make his point than the actual point itself. 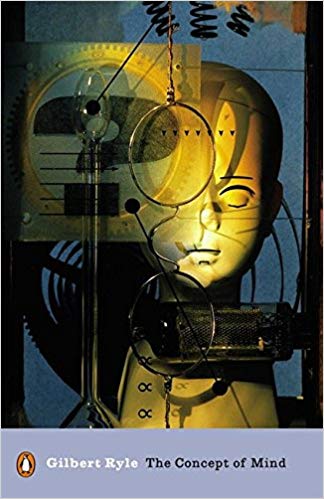 The Concept of Mind (1949) is the only thing I’ve read by Ryle. In truth, I only read a few chapters.

Ryle claims that the idea that the mind works in a similar yet altogether separate way to the body is due to a “category mistake”. A category mistake is when a person talks about something as though it’s a different type of thing than the thing it is. He gives the example of a person visiting a university and seeing the gym, the lecture halls, the cafe and other bits and pieces around the campus, only to turn to their guide at the end and ask where the university is. This person has miscategorised the noun ‘university’ – they think a university is a single entity and not a collection of entities. Ryle’s main claim is that the mind is not the same type of thing as the body. It’s not even a similar type of thing. This is probably easier to understand today than it was when this book was written. If you’re still unsure of what he means, just think of the difference between hardware and software. When the volume on Netflix is turned off and you try to fix it by turning your speakers up, you are making a category mistake.

After explaining category mistakes, Ryle says of the people who made these mistakes, “Their puzzles arose from inability to use certain items in the English vocabulary.” This, I find very interesting. Ryle is blaming the ability of the language user for the problem at hand. The mind/body distinction, according to Ryle, is due to the inefficient use of language.

That idea was huge for me when I read it first. I was coming towards the end of my philosophy degree. I had just spent a year talking about the differences between intention and volition, between causes and reasons, between cups and mugs… I had read and written stacks of papers, but hadn’t learned a single fact. Philosophy, it had started to seem, was just the art of talking rubbish – lots of words, but very little substance. Here was a lad saying that the distinction between body and mind, an ancient philosophical problem, was due to sloppy language use. Might not other, if not all, philosophical problems be caused by the same issue?

That was the view I adopted from there on in. After submitting my dissertation, I abandoned philosophy. I valued the fact that my studies in the subject had strengthened my reasoning abilities, but I wasn’t bothered reading any more of it. Philosophical problems aren’t really problems anyway, and even if you solved one, how would that make the world any better?

More than 10 years have passed since I first read Ryle, and while I’ve avoided philosophy for the last decade, I have become rather involved in language. I trained to become a language teacher, and while taking some courses in linguistics, I started thinking about Ryle’s category mistakes and how he blamed imprecise language use for the creation of philosophical problems. I am certain that some philosophical problems are due to imprecise language use, but I suspect that others are due not to the limitations of language users but to the limitations of language itself. The limitations and frontiers of language are the topics that I’m hoping to discuss in future posts on this blog.

2 thoughts on “Ryle’s Category Mistakes and why Philosophy sucks”