Your task is to take the story about how evil comes into the world, the story King tells about the Witches’ convention in Chapter One of The Truth about Stories, and change it any way you want, except the ending. You can change to place, the people, the time – anything you want. But, your story must have the same moral – it must tell us how evil came into the world and how once a story is told, it cannot be taken back.

This is the story of how evil came into the world…

Once there was a little girl—let’s call her Marigold—who lived in a village on the edge of the forest. Every day her father would leave to go hunting and would remind Marigold, “Don’t go into the forest!” It wasn’t that there was any evil in the forest—after all, this is a story about how evil came into the world—it was just that the Gods were said to live in the forest and they liked their privacy. One day, after Marigold’s father had left to go hunting, Marigold’s curiosity got the better of her and she wandered into the forest. Once in the forest, she was overcome by the scent of cedar, the brushing ferns against her legs, and the moss under her feet. She wandered deeper and deeper into the forest. Until, all of a sudden, she was aware that the light was waning, the shadows were lengthening, and night was coming. Marigold was frightened. She had no idea how to get home. She decided to keep walking and hoped that something would look familiar. As she walked, she came across a meadow, a beautiful meadow. And in this meadow there was a rock. On the rock sat an old woman and Marigold thought, I wonder if she knows how to get home.

Marigold went up to the old woman and asked:

“Excuse me, do you think you could help me to find my way home?”

“Of course,” said the old woman. “You just have to promise me one thing.”

So, Marigold agreed. The old woman snapped her fingers and, magically, Marigold was back home. 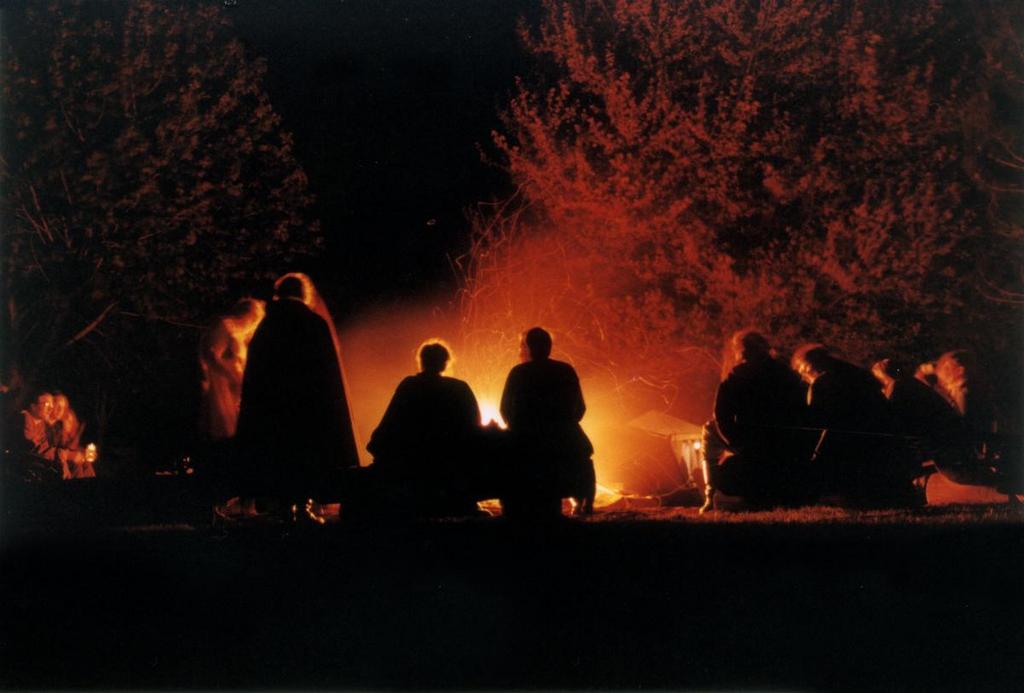 Later that evening, around the campfire, the old woman whispered in Marigold’s ear: “Don’t forget your promise.” Marigold invited the old woman to tell her story. And just as she did, the old woman began. But, unfortunately, it was a terrible story. It was “[. . .] an awful thing full of fear and slaughter, disease and blood. A story of murderous mischief. And when the telling was done [. . .]” all the villagers screamed, “‘Take it back. Call the story back.’ But, of course, it was too late. For once a story is told, it cannot be called back. Once told, it is loose in the world (King 9).

It took me a long time to think of a story to tell and how I was going to tell it. But, with King as my guide, I realized my best story would be one that I could relate to. I chose surroundings I knew and a main character that reminded me of myself when I was younger: curious, naïve, and adventurous.

After telling my “unique” story to a few people, I realized that my story was not really my own, but a strange amalgamation of the stories I grew up with.

In addition, my choice to have evil released through the mouth of an old woman is a testament to the stories I have been told through literature and movies. In many of these tales, evil is brought to situations through an older, often manipulative and powerful woman. I now think back to “The Wife of Bath’s Tale” in Chaucer’s The Canterbury Tales; C.S. Lewis’ The Lion, the Witch, and the Wardrobe; Disney’s Sleeping Beauty, Cinderella, The Little Mermaid, Tangled, and Snow White (to name a few). In all of these tales, the protagonist is tricked, antagonized, or harmed by an older woman who often poses as a friend or helper.

I was surprised [shocked? appalled?] that although I always thought myself a feminist, my story perpetuates what King refers to as a “misogynist reading” of history (22).

So I leave you with one more quote from King to paraphrase my thoughts on the subject of stories and story telling:

“Why [do] we relish stories that lionize individuals that start at the bottom and fight their way up to the top, rather than stories that frame these forms of competition as insanity[?] Is it our nature? Do the stories we tell reflect the world as it truly is, or did we simply start off with the wrong story?” (26)