Supporting Vulnerable Witnesses: The Use of Courthouse Dogs in Witness Accommodation 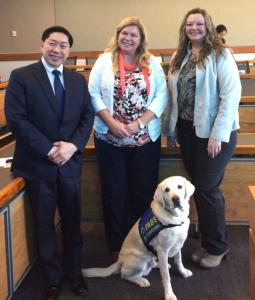 On February 14, the Indigenous Legal Studies Program, in partnership with the CFLS, welcomed two speakers to Allard Hall to discuss the accommodation of vulnerable witnesses and the role that courthouse dogs play in facilitating access to justice. Winston Sayson (QC) is a senior trial prosecutor at the Surrey Crown Counsel Office of the Criminal Justice Branch of the Ministry of Justice, and an alumnus of UBC Law. Kim Gramlich (BA, MA) is the Coordinator of Delta Police Victim Services, where she has worked for 17 years. Also in attendance was Kim’s Accredited Facility Dog, Caber, who works to support victims of crime, vulnerable witnesses, and witnesses with disabilities. Winston and Kim have pioneered and advocated for the use of accredited courthouse dogs in the accommodation of vulnerable witnesses.

Winston spoke to the numerous barriers that victims of crime face in accessing the court; fear of public speaking, fear of backlash, fear of facing the accused, and fear of having to recount traumatic events. Recent developments in the law have contributed to making courts more accessible to certain classes of victims; those under the age of 18, those with physical or mental disabilities, and those who have been the victims of certain types of crime, such as criminal harassment, sex crimes, and spousal violence. These developments include allowing victims to testify behind a screen or by CCTV in a room outside the courthouse, statutory publication bans, exclusion of the public from court rooms, and the use of Accredited Facility Dogs. Pre-recorded witness statements can be used in some cases to avoid the revictimization that may occur when vulnerable witnesses are required to recount traumatic events in court. Winston emphasized the need for continued innovation in the law to facilitate the participation of child victims, disabled victims, and vulnerable victims in courthouse proceedings.

Kim described the role that Delta Police Victim Services (DPVS) plays in supporting victims of crime. She stressed that DPVS is a trauma informed practice, and their services are available 24/7 “from crisis to conclusion.” DPVS offers emotional support and referral, education, crisis intervention, information on investigations, court support services, and long term follow up. Kim’s Accredited Facility Dog, Caber, was the first victim services dog and courthouse dog in Canada. Caber trained with Pacific Assistance Dogs Society (PADS) for two and a half years and has the highest level of accreditation possible for any type of assistance dog in the world.

Working with DPVA, Caber assists people who struggle to talk about traumatic events and provides support during testimony in court. In forensic interviews, Caber enhances victim comfort during disclosures and minimizes the negative impact of revisiting victimization. Caber also supports victims during preparation and delivery of victim impact statements. Kim emphasized that canine intervention can have positive physical as well as psychological effects. Interaction with a support dog can lower blood pressure and increase oxytocin production, thus directly combating stress. In closing, Kim affirmed that objectivity and compassion in the criminal justice system do not have to be mutually exclusive and she encouraged the continued development of strategies for improving vulnerable witnesses’ access to justice. 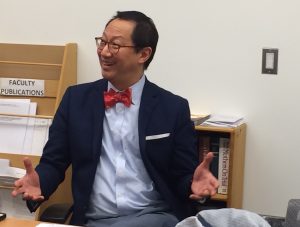 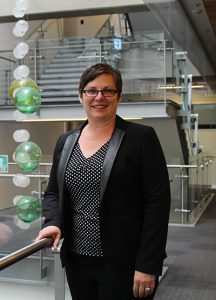 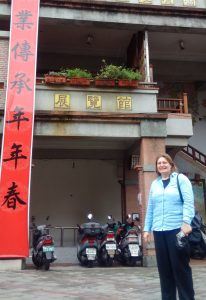 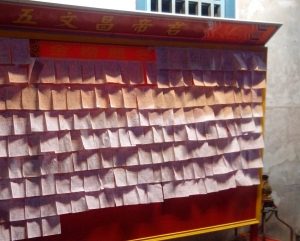 This issue presents an additional series of papers produced by scholars who participated in the workshop entitled “Men’s Groups: Challenging Feminism”. The workshop, organized by Susan B Boyd, Professor Emerita and then Chair in Feminist Legal Studies at the Allard School of Law, UBC, aimed to bring together feminist scholars from multiple disciplines and multiple national contexts to explore a source of resistance to feminism that has been largely overlooked in scholarly research: the growing number of nationally situated and globally linked organizations acting in the name of men’s rights and interests which contend that men are discriminated against in law, education and government funding, and that feminism is to blame for this.

This volume is a companion to the special issue of the Canadian Journal of Women and the Law volume 28(1). For more about that issue, see our recent post.