I’m a huge superhero fan. I saw the premiere of the newest Captain America movie and I may have shamelessly bought those tickets over a month in advance. However when first reading this book and encountering the four Indians the name ‘Hawkeye’ didn’t register as the non-superhuman member of the Avengers. It wasn’t until I took a break and went back to the book that I envisioned the sharp-shooting Avenger instead of someone named for the animal and realized my own cultural knowledge. In fact I thought that Thomas King was attempting to reveal reader biases through the names given to the Four Indians (as I will refer to them as I continue this discussion) because of the connotations associated with each name.

So let’s continue onto the other characters;

This name was the one that stumped me the most to find one single reason. But ultimately it kept coming back to the question of religion. Religion fluidity comes through Ishmael whose name is present in Muslim, Jewish and Christian stories and while King specifically evokes Ishmael’s presence on the boat hunting Moby Dick, the initial introduction leaves the connections to the reader. Many articles (theological and otherwise) even connect the ambiguous nature of God with the Great White Whale and one even points out the Buddhist implications of the narrative.

Not only Johnny Depp’s recent mistake, but one that has been rewritten many times before as this article briefly overviews. Now my knowledge on this character is very limited. For me it initially evokes thoughts of an outlaw (the ‘Ranger’ part of the name made me think he’s probably a cowboy but I definitely had a moment where I wondered if he was Native) robbing stage coaches in a Robin-Hood-style in the ‘Wild West’. After a very quick Google (because my curiosity got the best of me after realizing I knew nothing about the Lone Ranger) I came up with information on the TV show that solidified The Lone Ranger’s persona in pop culture and even speculation that the real-life legend of the Lone Ranger was an African-American escaped slave (remains unconfirmed though sounds like an interesting story!). While this may not be common knowledge it’s really interesting to think about who knows what and how they picture this figure who has been recreated so many times by so many people in so many different eras who have different cultural knowledge. It also evokes how the Four Indians interact with the Wild West imagery and that aspect of Indians in the popular memory/knowledge.

He is one of the most famous fictional settlers of a lost land, slave trade participant and conqueror of ‘savages’. Friday is a former cannibal who quite literally kisses Crusoe’s feet because he is saved from being eaten. The violence in this novel makes his actions seem heroic and not intrusive. Invoking Western colonial rule through the name of one of the Four Indians I believe is a way to articulate the issue head-on and make sure that it is present in the novel. While the novel doesn’t attempt to solve the issue, it doesn’t shy away from it either.

And a final point – the one thing I didn’t dwell much one was the notion that the Four Indians are women or goddesses as Blanca points out (48). To me they were always fluid characters whose main purpose was to be balanced. They have no gender, no home, no time or location constraints, and are just focused on being helpful beings. In them there is infinite possibilities and in that way they become exactly what they need to be.

BUT, these are all fictional characters – does that reflect onto or say anything about the beings who take on the names? Comment your thoughts!

I believe it does in a way. It blurs the barriers of realism and fiction as the Four Indians interact with the realist characters. And it allows readers to realize that they may not know everything about this book. As Blanca points out, “The storyteller does not tell all he or she knows, or explain the meanings of names, places, and things. There is an assumption of a common matrix of cultural knowledge, and invoking words—names and places—suggests that shared epistemology” (55). You have to rely on your own knowledge to make connections and in the end there’s plenty that remains unknown to non-Natives and provides exclusive access to Natives. 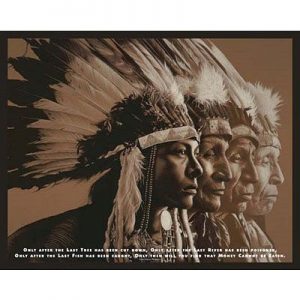 Stages of life will be represented through their name

After my reading and impressions I did a little more research out of my own cultural knowledge into what these names mean in a Native American setting. The fluidity of the Four Indian’s names depend on cultural knowledge but also knowledge of how naming happens. The process of naming someone in Native American traditions is much different than Western cultures and instead of prioritizing familial ties and identification they prioritized identity and individual accomplishments or stages of life which ultimately reflect how a person changes. In other words, there are multiple dimensions of names in order to reflect the true person and for the Four Indians these names would change during each incarnation that they take on in order to help the world.

Why would King choose the names he does for this stage of the Four Indian’s journey (Hawkeye, Ishmael, The Lone Ranger, and Robinson Crusoe)? Comment!