As Scientists from the U.S. Forest Service’s Pacific Southwest Research Station and the Pacific Southwest Region had collaborated to monitor the fisher population in the Southern Sierra Nevada for 8 years (2002-2009), they found the stable population. This encouraging finding shows no decreasing trend in the population and proves that the scientists can use simple method to successfully monitor a fisher population over a large area. But, as 8 years is a relatively short period,  the collaborated team of scientists is willing to continue to monitor the fisher and witness an increasing trend in a fisher population.

This article is relevant to the course material because we learned a fisher’s sustainable (stable) stock in class. Sustainable stock means that the stock is unchanged and remains constant. It can be found where the harvest yield = growth rate of the stock. 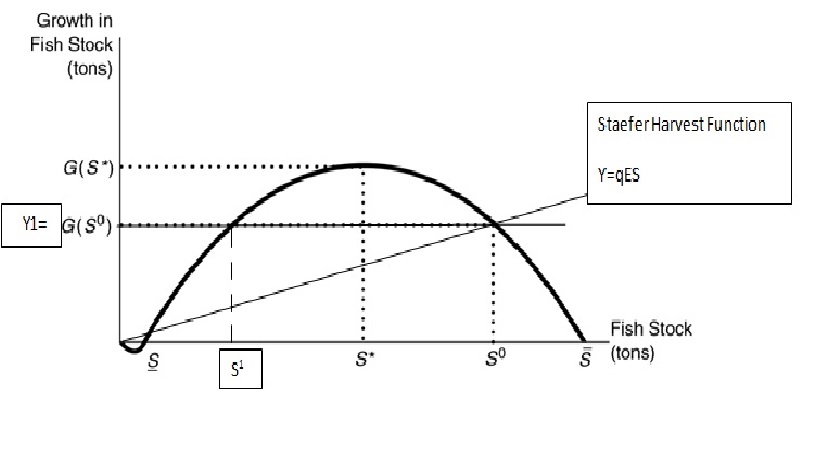 As shown in the graph above, SO is sustainable stock and where Southern Sierra Nevada’s fisher population is at. S1 is not stable because with the yield given (Y1) the stock size temporarily increases above S1. Then the natural increment increases and exceeds the yield, and stock would slowly grows to SO.

5 thoughts on “Stable fish population in the Southern Sierra Nevada”