In “The Patron as Producer: Libraries, Web 2.0, and Participatory Culture,” Joseph Deodato of Rutgers University argues that Web 2.0 technologies and values are just what is needed to upend the top-down hegemonic model of information organization in libraries, which has historically privileged certain views over others. Christian, William, and I analysed this piece for one of our recent group assignments, and concluded by identifying a potential issue with the patron-as-producer utopia that Deodato imagines.  Namely, when the user produces and interacts with content (tagging, commenting, linking, etc.) in a library collection, what happens when problematic views are aired? These could range from pseudo-scientific arguments made by anti-vaxxers or evolution deniers, to commercial content aimed at selling products or services, to out-and-out hate speech directed at identifiable groups.

The first examples are very difficult to handle.  After all, yesterday’s nonsense may very well be tomorrow’s truth. And are librarians to arbitrate what is nonsense and what is not in the participatory space of Library 2.0? I won’t attempt to answer this question here, although I am most interested in your comments.  As for the second (soliciting business) and the third (hate speech), however, it seems clear that these can be prohibited by policy. 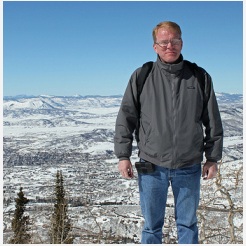 Policy is one matter. Prevention is quite another. Margaret Brown-Sica and Jeffrey Beall (famous for his Scholarly Open Access blog and accompanying annual list of predatory publishers) wrote a relevant piece in 2008 called “Library 2.0 and the Problem of Hate Speech.”  In it, they acknowledge that Library 2.0 technologies and values “benefit library users by providing rich, peer-generated content that adds value to online library databases and systems.” However, they argue that these very technologies and values are also conductive to spreading hate speech.  (Not covered in their paper is commercial content, but similar approaches apply.) The onus falls on the librarian, they state, to deal with hate speech, which is illegal in the US and Canada.

The authors make a number of practical suggestions on how to deal with such content, ranging from moderating all user-generated content, to allowing other users to report offensive material, to requiring the community of users to create accounts and log in before posting anything.  All of their suggestions have pros and cons; they conclude by recommending that libraries develop and implement policies on the matter.

Brown-Sica, Margaret, and Jeffrey Beall. “Library 2.0 and the problem of hate speech.” Electronic Journal of Academic and Special Librarianship 9.2 (2008).