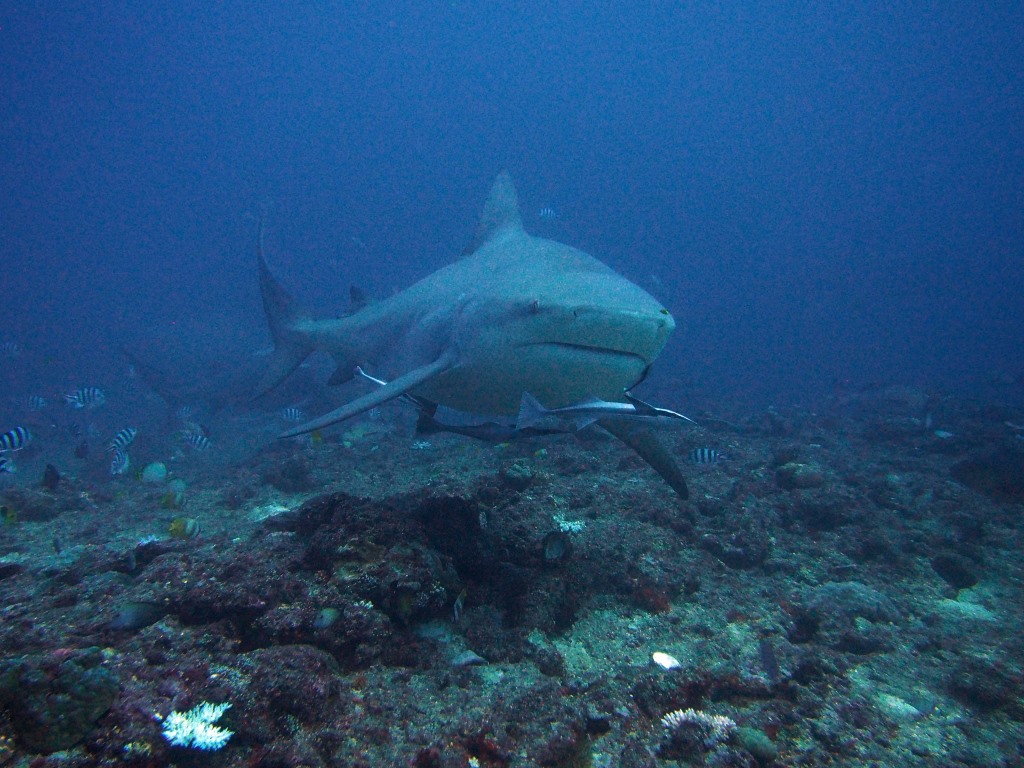 Reason #1 not to focus too heavily on studying bleached corals (lower left).

In order to collect data on the “benthic” or bottom cover of a reef, you must spend the majority of the dive swimming < 1-2 metres above the bottom and looking down. My Kiribati dive colleagues and I like to joke about what swims by when we’re not paying attention. On one dive during this recent trip, I watched a small reef shark swim wide circles – harmlessly, I should add – around my dive buddy Toaea, who was focused on taking bottom photos. On a subsequent dive, Toaea watched a barracuda – also harmless – float above oblivious me as I measured some tiny corals buried in the reef.

The photo of this bull shark was actually taken on a recreational dive in Fiji — so, at least this time, everyone saw the shark. I took advantage of the necessary layover on the way to Kiribati to test some gear and investigate a minor bleaching event. Water temperatures were elevated more than usual around most of the Fiji islands during the Southern Hemisphere summer. The temperature spike was enough to trigger bleaching warnings from the NOAA Coral Reef Watch system. A lot of corals, like the small Acropora in this photo, remained bleached in April.