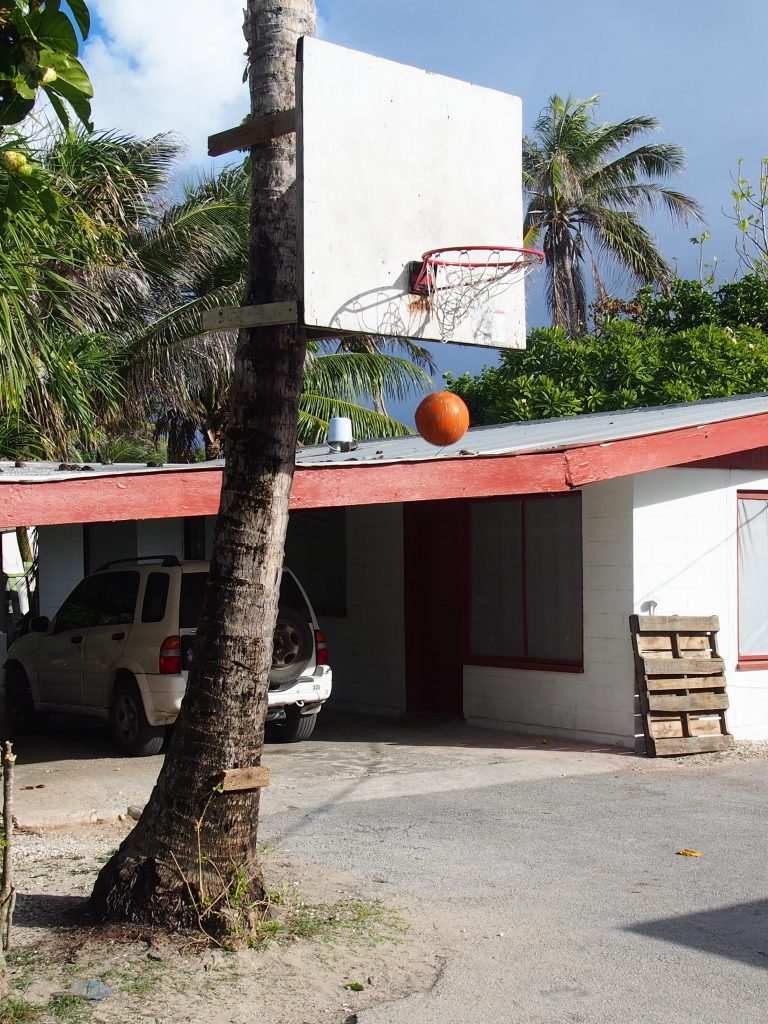 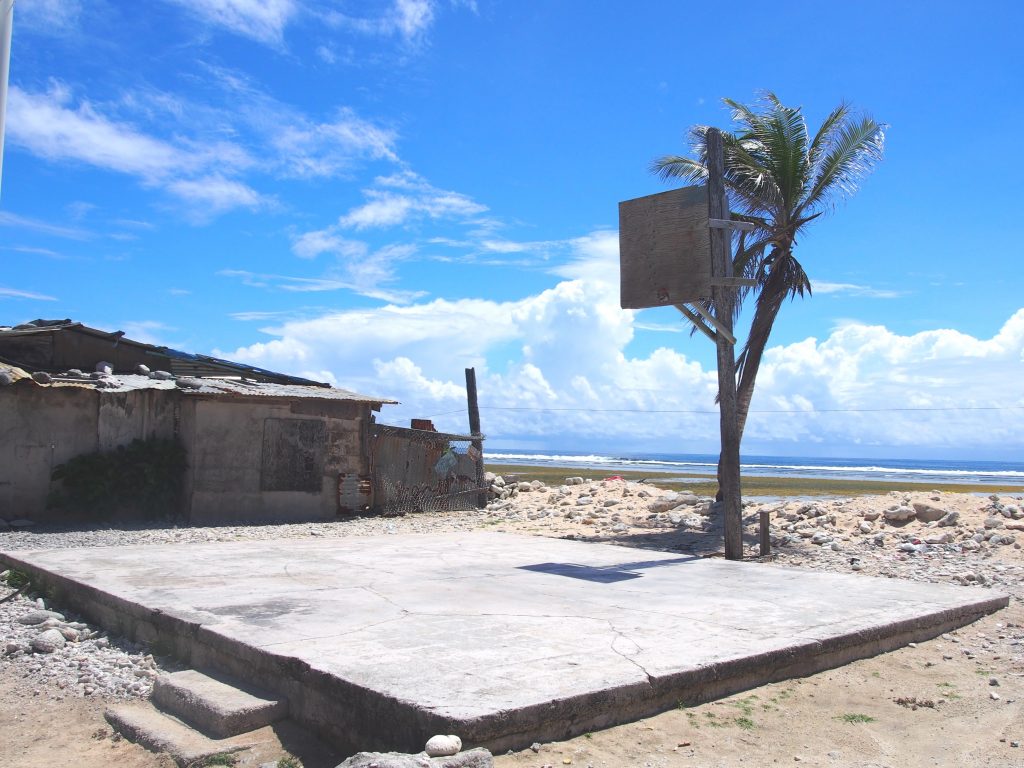 This court, only a few feet past the high tide line, is partly protected from waves by a low grass-covered ridge: 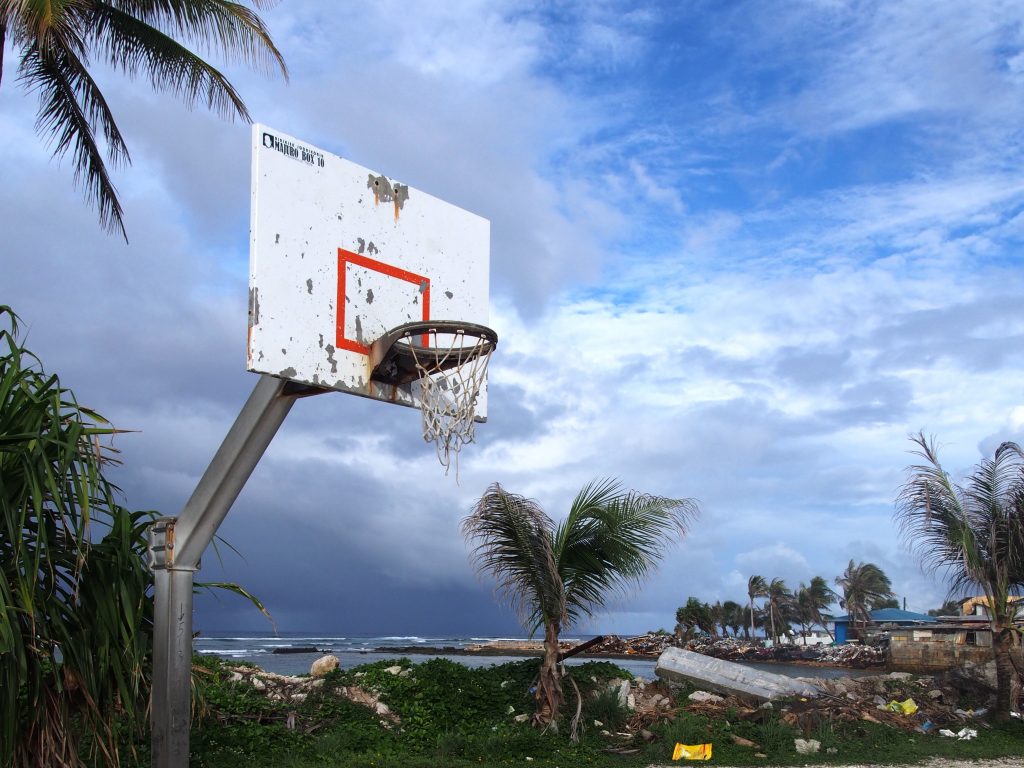 Setting some a tough pick at the College of the Marshall Islands court: 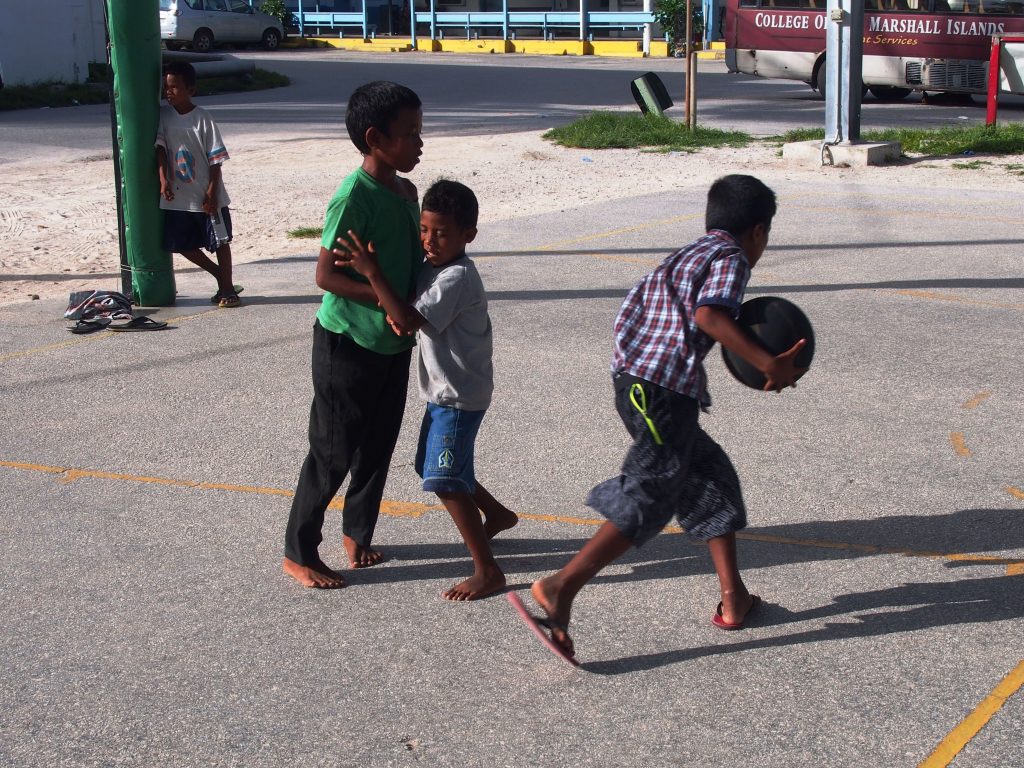 This courtside sign is a reminder that unhealthy habit of chewing betel nut – which would also stain a concrete court red – is banned in the Marshall Islands: 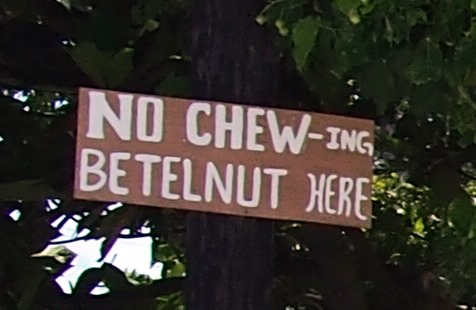 One the many courts with a loose but forgiving playing surface:

Murals of NBA stars abound in a back alley in downtown Majuro: 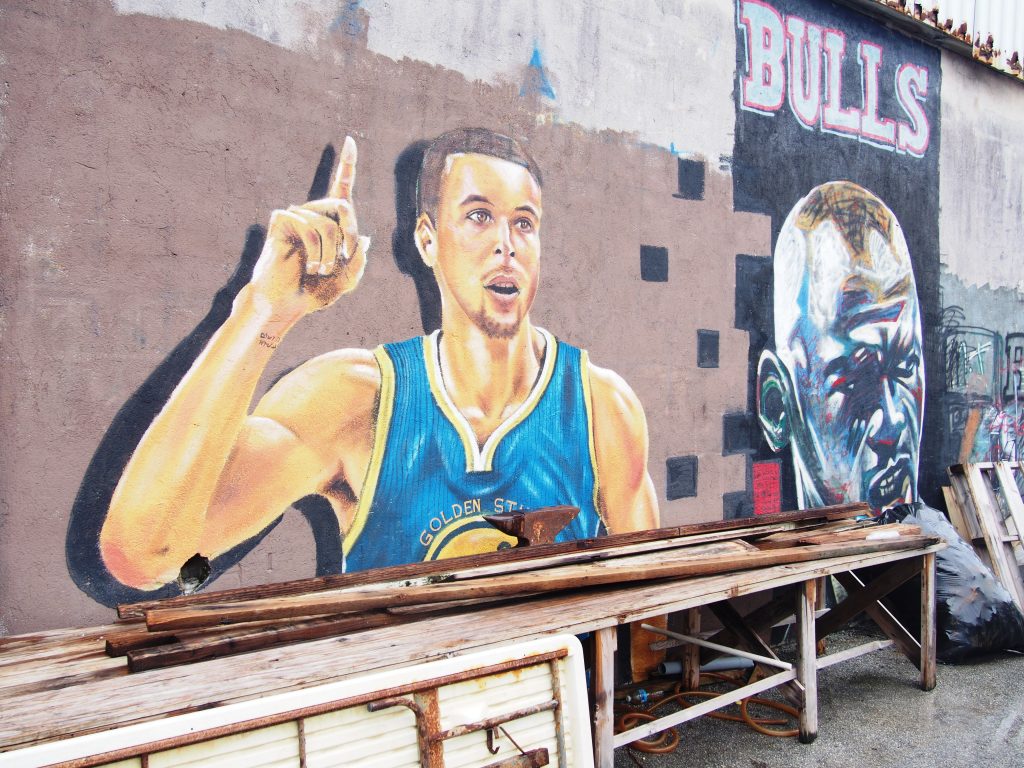 Baseball is probably second in popularity to basketball: 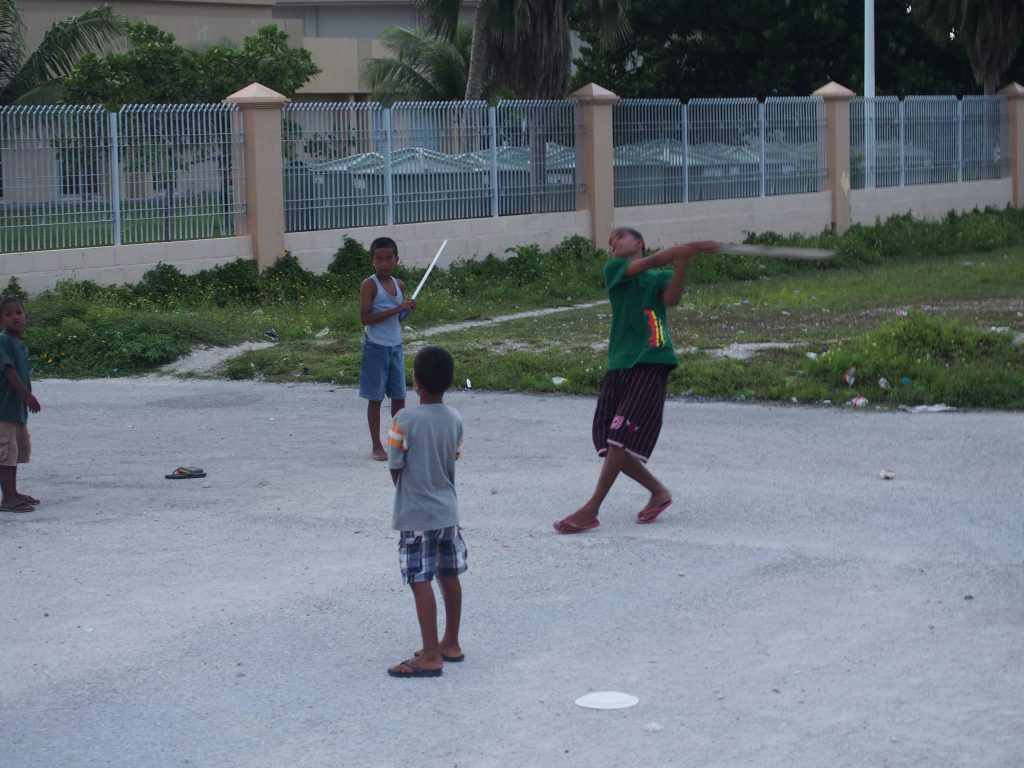 Basketball dominates, even though there is an unfortunate shortage of baskets: 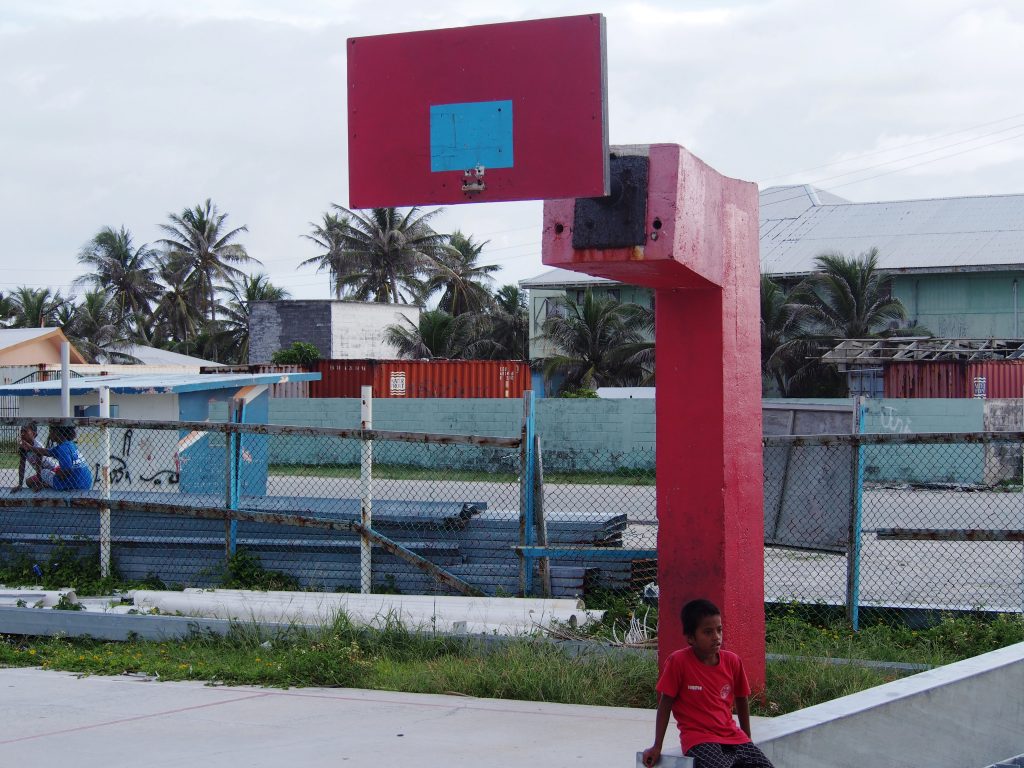