Anthropocene at the AGO 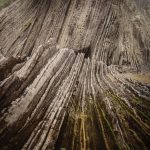 Jarring, amazingly well-done. A snapshot of human’s influence on the planet. The work of Edward Burtynsky, Jennifer Baichwal and Nicholas de Pencier at the AGO. 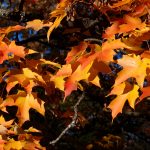 with multicoloured shades and mushrooms under trees

When Summer Was Here 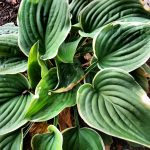 the bumblebees flew and the berries grew

“Doing conferences differently” by Ilya Afanasyev, Nicholas Evans, and Nicholas Matheou is an interesting blog entry outlining an alternative approach to organizing and participating in academic conferences. By now, I have myself been to a good number of conferences to agree that the academic conference genre can be at times exhilarating and productive, but more often dissatisfying and alienating. The authors of this Verso blog’s entry narrate their efforts to organize an intellectual gathering that effectively challenged the often competitive, hierarchical, boring, and useless tone of academic conferences. The result: “Debt: 5000 Years and Counting,” a conference hosted in June of this year by the Birmingham Research Institute for History and Cultures at the University of Birmingham in the United Kingdom.

In essence, Afanasyev, Evans, and Matheou took insights from “the Falmer Method” (put forth in 2014 by Andrea Cornwall, Frank Karioris, and Nancy Lindisfarne at the University of Sussex) to propose a different kind of conference. Three characteristics stood out to me from this alternative form of conferencing. First, the authors circulate their papers beforehand rather than presenting them at the meeting. This meant that attendees and panellists read other presenters’ papers ahead of time and, at the conference itself, attendees focused on discussing the ideas rather than hearing them for the first time. Second, panel moderators were tasked to facilitate discussions in strict speaking order. This meant that everyone got a chance to speak when it was their turn to do so. The intention was to equalize power differentials between those who often talk more and are heard and those who often do not get to talk much and when they do are not necessarily heard. In my view, this also meant that those who needed more time to articulate ideas had the chance to do so rather than being immediately outshined by those who are quicker in translating their thoughts into words. (I would have liked that for sure.) Lastly, the conference format had long breaks and communal food opportunities. It is true that many of the most enriching conversations take place when people feel warm in their stomachs, hearts, and minds.

The conference organizers are quick to point out that their conference had some limitations. For one, they chose the book of an already prominent author as an entry point into discussions of capitalism, finance, and debt. Yet I could not help but feel inspired by the prospect of undoing some of the most insidious aspects of the mainstream academic conference genre: the predominant presence of impenetrable cliques; the anticipation of meeting our intellectual heroes only to witness the gap between the impressive ideas outlined in their books and their less than remarkable ways of interacting with those who have not published books yet; the overwhelming number of simultaneous panels to which sometimes only the (not yet famous) panellists attend. Conferencing is still part of my future; I hope one day—not so distant in the future—I get to attend one of these Falmer-method-inspired conferences in which thoughtful and creative organizers and attendees find novel ways to engage, reflect, imagine, create, and dialogue in today’s complex world. 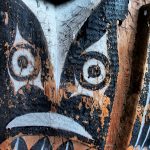 This is an interesting article about the underrepresentation of women authors in political science journals.

The authors of a recent study on this issue explored different explanations for this trend, including the following:

In the end, it would appear that all of these factors are in some way at play. It would be interesting to find out whether these considerations unfold similarly in other social science fields. In any case, the key message that comes from this is that we still have work to do to reduce the gender gap in academic publishing.

Beautiful ghost (or is it shadow?) bike sitting at the intersection of an urban place of grief. I have grown interested in the debates on open access, for what they tell us about access to information but also for what we can learn about internet communications today.  Nature has published an op-ed by Kate Worlock outlining some of the pros and cons of open access publishing.

The majority of learned societies continue to publish their journals simultaneously in print and online and will in all likelihood need to continue charging for print editions, perhaps on a print-on-demand basis, even if access to the electronic edition has been made free of charge. At present, many learned society members continue to prefer to receive their edition of the journal in print. Making a move directly to open access publishing and charging extra to receive a print copy could alienate a large percentage of the membership base.

Here is the link to the full article.

Evaluation of the Sustainable Development Goals Snapshots of International Evaluation of the SDGs Conference.

Thanks to the Canadian Evaluation Society Educational Fund (CESEF) for supporting my participation in this conference.

In 1982, a local by-law expelled sex workers, many of them trans sex workers, from the area where they worked the on-street sex trade in Vancouver’s West End. Many of them were fined as they sought to continue carrying out their work. Pushed further out into Vancouver’s Eastern side, this forced displacement of sex workers drove many of them to work in industrial areas from which in at least 65 of them, many of them indigenous impoverished workers, would go missing in the next decades. It would not be until much later that, as a result of relentless grassroots work, the case of missing and murdered women, many of them sex workers, would be brought to public attention. Robert Pickton is known to have murdered at least 49 of them. He was prosecuted for the murder of only six of them. The sex workers displacement from the West End also contributed to the further symbolic and material divisions still in place today between the West and East sides of Vancouver along racial and class lines. While poorer sex workers were pushed out of the neighbourhood where they worked and many of them also lived, Vancouver’s West End went onto becoming the city’s famous “gayborough.”

Today, the City of Vancouver has formally paid back the full amount of money collected from sex workers’ fines – over 15,000 dollars – in the form of a public Sex Workers Memorial located in the very same place from which they were uprooted. In a truly historic moment, today, September 16, 2016, a fabulous memorial lamp post stood tall and firm on Jervis Street, an area where many of the on-street sex workers made their livelihoods during the 1970s and 1980s. It is located right outside an Anglican Church, where sex workers were able to find refuge during their working days in the area back then. The memorial lamp post stands now as a tangible reminder of a chapter of the city’s history and the sex trade’s history not often told, or even known. While the government officials prepared to provide a sanitized version of the city in the face of Vancouver’s Expo 1986, sex workers did not simply vanish. Some of them survived until today. While the area became a gay entertainment area, catering largely to middle-class white gay men, some of those on-street surviving sex workers came back to join the memorial event today. The on-street sex workers may have disappeared from public view on this side of the city’s streets. However, the indoor sex-trade is known to be alive and well in this same area. As Dr. Becki Ross explained during the formal public event today, Vancouver’s West End may not be a gayborough, but instead, proudly and rightly, a “hookerborough.” “Today, we commemorate and honour their lives”

“In memory of their ongoing struggle for equality”

“Dedicated to a diverse community of sex workers.”

What a remarkable day!