CRUNCH! Zig felt his narrow backseats collapse furiously into his unassuming and extremely ill-prepared back. “Crunch…” Zig mimicked in a dazed voice. He reached out ineffectually before realising that his face and most of his frontal body was severely incapacitated by a rather voluminous airbag. “Crunch” Zig repeated apologetically. As he spoke the airbag popped and this gave him a grainy glance at his now oblong steering wheel. It had ventured precariously into the third dimension. Zig winced.

He clambered out of his mutilated automobile. For some reason, his transporter now had an uncanny resemblance to an overused, double-holed, pencil sharpener. The wheels on the left-hand side had become fused in a hot, rubbery embrace and now showed no desire of disengaging. Zig braved a glance at his car’s bonnet. Or where it should have been: a troll-like truck had invaded the position and was currently in the process of reversing from the depths of Zig’s car. The truck, surprisingly, was untouched; except for an insignificant disturbance above the left indicator lamp, all other evidence suggested that the truck could have been in a showroom the previous week.

Zig waved his arms dejectedly for the driver to halt his slimy retreat and pull-up on the side of the lonely highway. Unexpectedly, the man appeared to acquiesce, whipping his key out of the car and labouring his hefty frame onto the scorching road. The man reminded Zig of a rather grouchy, flattish toad, who has been forced to vacate his favourite lily pad by an energetic fly.

“ HEY YOU!” He started.  “You with the zonked car, wha’ dya mean scratchin’ my truck?” croaked the toad in what seemed to be an accent that varied from an inhabitant of the distant Corfu Islands to a Texas rancher respectively.

“Doncha ‘eahh’ me” spouted the agitated amphibian. “You breaka my cah, you h’apoligise h’and pay up, h’okay?

Zig slowly came to his senses. He felt like his brain was a large, entangled bundle of coil that had been hacked, mercilessly, in two.

“Sir…” he said in an attempt to be respectful. “Sir…, you ‘zonked’ my car”, he indicated the smashed sedan.

“Ya stop h’in the middle of the ‘ighway, dats what’s gonna ‘appen!”

“My car stopped because its hind portions were raked by your truck!”

“Eh?” imitated the froggy man. “That ‘cause you braked in the middle of da road.”

Zig started to reply, but then paused. A manic glint had entered his eye and was spreading surreptitiously along his face. He deftly thwacked the pipa-like man, grabbed his keys, hopped into the gleaming truck and sped off. The repetitive ‘thump-thump’ of the truck driver’s preferred club music bizarrely brought memories of thousands of popping airbags. It was all strangely soothing. 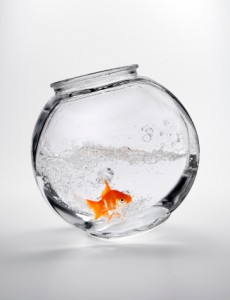