This May, 10,700 graduates join UBC’s 300,000 alumni. Of those 10,700, 474 are wrapping up undergraduate careers spent studying things like cognitive dissonance, neurotransmitters, and the Big 5 personality traits. They are the Psychology majors. 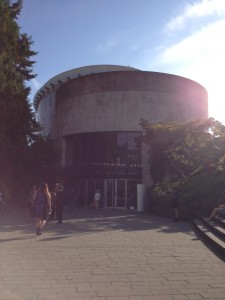 A sunny day for grad

Due to the large size of their group, Psychology grads were slotted into several different graduation ceremonies held at the Chan Centre between May 22nd and May 25th. The audience was packed with family and friends, all of whom were ready to make sure their graduate got the loudest round of applause.

At one such ceremony on Friday, May 22nd, Chancellor Lindsay Gordon was the first to address the Chan crowd. He began by commending the graduates and their families for choosing a university education in the first place.

“For a parent,” he declared, “there really is no greater investment in life than investing in your child’s education.” 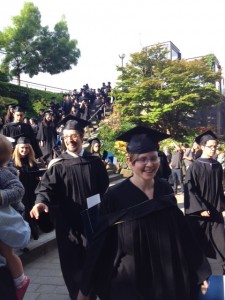 Psychology grads file into the Chan

Following Gordon’s remarks and a thoughtful speech by university President Arvind Gupta, graduating student Maria Villar took the stage and entreated her peers to “get up, get uncomfortable, and do something about it.” She urged them not to think of changing the world as a dream or as a long-term end goal, but as an “everyday responsibility”.

Psychology professor Dr. Catherine Rawn crossed the stage that day along with the graduates in order to accept her Killam Teaching Prize, which recognizes “distinguished teaching at all levels of instruction”. Judging by the raucous applause that she received, all were in agreement that the prize was well-deserved. 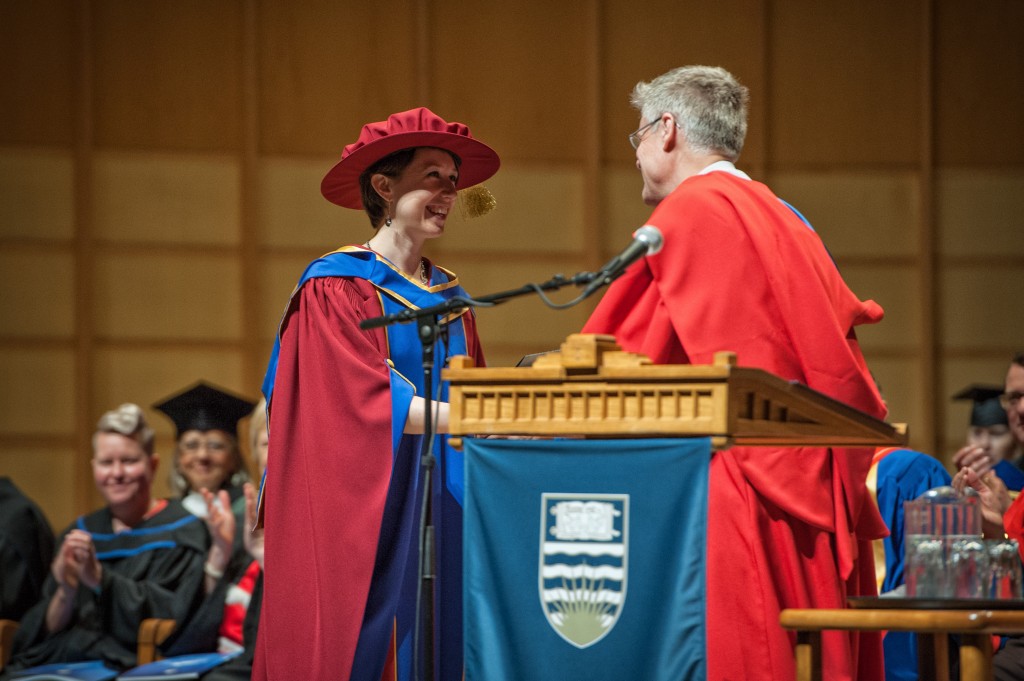 It’s fairly well-known that Psychology is the most popular undergraduate major at UBC, but it’s not until you amass thousands of its students, clad in identical black robes, into one place that the sheer enormity of the department actually hits home. There are a lot of Psych majors – 439 new Bachelors of Arts and 35 new Bachelors of Science, to be exact. As they made their way one after another across the stage (many of them teetering on sky-high sparkly shoes) to accept their diplomas and shake Dean Gage Averill’s hand, it was almost impossible not to wonder how each one of these bright, talented individuals will find their place in the ‘real’ world. Certainly, some of them were heavily involved in the Psychology department as undergraduates and may go on to pursue graduate school, but many, many more will not. In a department so massive and in a ceremony so packed with brand-new but identical degrees, it’s easy to feel a bit lost in the shuffle.

So what should a newly-minted Psychology graduate’s next goals be? Chancellor Gordon had some big-picture words of wisdom on the subject. 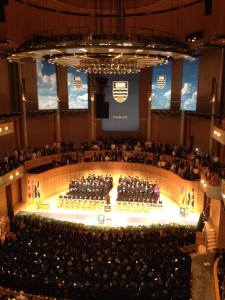 “Success isn’t how much money you earn. That’s nice, but true success is happiness and believing that you’re making a contribution to society. Your education truly is a gift – use it wisely.”

Gordon’s words likely hit home in a big way for many of those who crossed the stage this May. Although it may sometimes feel overwhelming to be part of such an enormous group of graduates entering the workforce at the same time, the fact that UBC just gave out 10,700 such gifts is truly remarkable. Education is indeed a gift that millions of people dream will one day be given to them, and it could be argued that it is our most important job as students and alumni to help pass it on to as many people as possible.