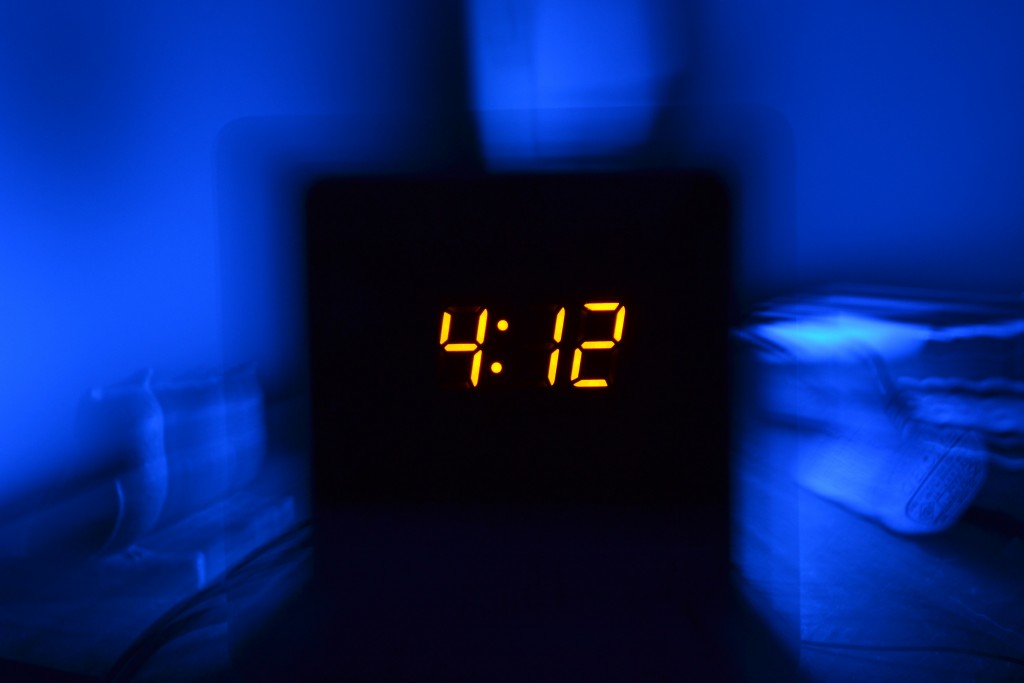 I know you must have answered this common question a number of times, but personally I just can’t seem to get rid of this problem no matter how hard I try. I’ve been losing sleep for quite some time now – spending all night mind-wandering and staring at the clock until dawn. Although my work is not so much affected at present, I deeply fear that one day this huge sleep debt might ruin my life and career. Please help!

I can understand your problem. In spite of it being a common and recurrent problem today, insomnia happens to each person for different reasons and to varying degrees. What matters to Tom may not trouble Harry because every person is a unique individual. To address your question, it sounds like the sleeplessness has been going on for quite a while now. Allow me to say that it is usually not an easy task to tackle a problem once it has reached its climax because it takes a longer process of retrospection and analysis of what has occurred. However, I tried to pick up on your hints and perceived that there has been much going on for you in terms of thoughts, fears, and career. A conscientious person who highly values her work accomplishments would definitely feel vulnerable upon realizing that her circadian rhythms are off. Perhaps you should start considering this area to be of relevance to your ongoing struggle. Try not to be too hard on yourself when things fall short of your expectations and standards, when the report you produced does not receive positive feedback from your supervisor, or clients fail to appreciate you going the extra mile for them. One thing you should also think about is the level of guilt you have due to this sleep loss problem. Be aware that it is not your fault that this is happening. Lastly, I would encourage you to take some time off work to enjoy the world outside and the new season, and even to do more mind-wandering in a non-stressful and health-rejuvenating way, because you deserve it. That way, you can loosen the tight bonds of schedule-consciousness, which might have played a role in your insomnia…

All the best and take care,

Alright, I confess – the above introduction is not an excerpt from a magazine advice column but was taken from a piece of fiction written by me and posted elsewhere. Nevertheless, it kindled an interest that caused me to start researching the topic of insomnia. I get the notion that the term, which describes sleep deprivation and its related problems, is so general and overused that its connotation is one of vagueness and ambiguity. When someone close to me recently complained of the problem, questions started popping up in my restless head of its causes and triggers, onset, duration; and, most of all, how the nature of her job might have exacerbated the condition.

The sleep disorder of insomnia, defined as difficulties with falling asleep, maintaining sleep and the experience of an unproductive sleep which results in inefficient daytime functioning, is categorized into primary and secondary or comorbid categories (Erman, 2007; Riemann et al., 2010). Under the category of primary insomnia, the three subtypes recognised are psychophysiological, paradoxical, and idiopathic insomnia (American Academy of Sleep Medicine, 2005). The International Classification on Sleep Disorders, however, made use of the term ‘sleep state misperception’ in place of ‘paradoxical insomnia’ to classify a subjective complaint of sleep disturbance without corresponding objectively measured evidence (ASDA, 1990; Dorsey & Bootzin, 1997). Notably, patients with sleep state misperception exhibited more stage 1 and 2 sleep than slow-wave stage 3 and 4 sleep, similarly to other insomniac patients. Together with psychophysiological insomnia, the underlying symptoms of sleep state misperception have been attributed to an individual’s persistent state of hyperarousal (Bonnet & Arand, 1997; Perlis, Merica, Smith, & Giles, 2001). A study by Pavlova et al. (2001) assessed insomniacs and normal controls on a Hyperarousal Scale consisting of self-report items describing behaviours relevant to primary insomnia patients. It was shown that the insomnia group had significantly higher mean Hyperarousal total scores compared with the control group. In the earlier report by Bonnet and Arand (1997), which listed measures of the hyperarousal state, insomniacs displayed increased physiological metabolic rate, body temperature, tensed and confused mood, vigour, and subjective sleep latency. Clearly, it would have been difficult for hyperaroused individuals to transition from such a state into the low arousal slow-wave and REM sleep stages, lending some explanation to the observation of prolonged sleep latency complaints. There appears to be a tendency towards misperception by certain insomniacs; for instance, those with sleep state misperception, that sleep is difficult to attain, and waking time is unexpectedly lengthy in the absence of evidence. According to tests which examined the relation between subjective sleep latency and arousal, it was discovered that participants who consumed caffeine, which increased their arousal, had increased ratios of subjective to objective sleep latencies. This implies a close relationship between hyperarousal and inaccurate perception of prolonged sleep latency. A study which compared patients who experienced different subtypes of insomnia, including psychophysiological insomnia, sleep state misperception and insomnia with depressive disorder, found that those with sleep state misperception sufferers were the only group that overestimated their total sleep time, while subjective sleep latency was significantly overestimated across all groups (Vanable, Aikens, Tadimeti, Caruana-Montaldo, & Mendelson, 2000).

As far as the state of hyperarousal has been recognized to be of relevance in this field of sleep research, such a model provides a promising complement to studies of the relationship between personality traits, enduring psychological factors, and sleep disorders. In addition to distorted perceptions of sleep latency, duration and quality, can certain personality traits such as neuroticism and introversion play a significant role in the negative experience of insomnia since these factors also take into account a person’s physiological and/or psychological state(s) of arousal? It turns out that the baseline arousal level between introverts and extraverts does not differ much during low stimulation sleep activity, and thus is not a significant predictive trait factor of insomnia (Larsen & Buss, 2014). On the other hand, the trait of neuroticism, which is more thoroughly discussed and measured under Hans J. Eysenck’s model of personality, is extensively associated with a wide range of dispositions which underlie individuals’ greater emotional reactivity to a variety of situations and susceptibility to sleep difficulties and psychosomatic symptoms. Vanable et al. (2000) reported in one of the above-mentioned studies that insomnia patients who scored high on the Minnesota Multiphasic Personality Inventory clinical scale of Psychasthenia (which assesses a person’s abnormal fears and negative emotions and is also an old term for obsessive-compulsive disorder) were more likely to underestimate sleep time (Framingham, 2013). The study also suggests that personality variables affect the sleep misperceptions of patients without a history of depression and psychiatric disorder more than otherwise, hinting at factors such as cognitive rumination and anxiety. Thus, we can see that sleep research is unraveling more and more of how such a passive activity can be fragile and sensitive to the outcomes of our perception, thought and emotional processes. On the flip side, what we get out of our sleep also significantly influences our daily functioning, health and well-being. Yet, like ‘Sleep-Agonized’ from the introduction, perhaps the best thing we can do to achieve a sleep-healthy life is to loosen the shackles of distress on our minds and ease the burden. Before we even know it, the snores are starting…

2 thoughts on “Insomnia: Real or Imagined?”