Our discussion of the artificial city of Diaspar that is maintained through by the central computer’s memory banks, got me thinking about memory and how we have experimented with memory in the present. I was astounded to discover the extent to which artificial memory experimentation has been occurring in recent medical research. If you had told anyone 50 years ago that before the end of their lives there would be machines that could be implanted in our brains to help restore and improve memory and control physical action, they would have sent you to the looney bin. The concept of a brain chip is something which even I find hard to believe, but there is no hiding the fact that the technology is here and in use as we speak.

For the most part, experimentation with brain chip technology has been centred around medical research, more specifically, in aiding severely paralysed or brain damaged individuals in regaining motor and cognitive function. In March 2005 Matthew Nagel was the first paralysed individual to successfully receive a brain chip implant and with the help of this handy addition:

He can think his TV on and off, change channels and alter the volume all thanks to the technology and software linked to devices in his home (http://news.bbc.co.uk/1/hi/health/4396387.stm) 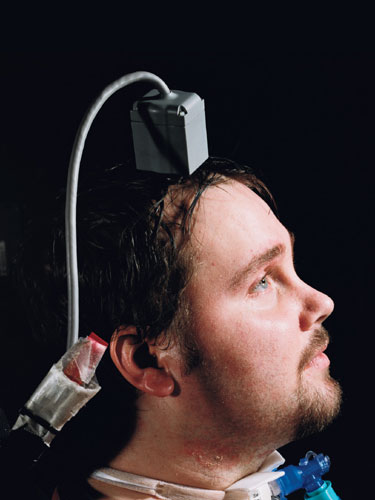 This is all very new and exciting but I can’t help to feel slightly nervous about a programmed technology that directly interferes with brain function. In 2003 Popular Science released an article about the technology:

Medicine aside, Biomedical engineer Theodore Berger sees potential commercial and military applications for the brain chip, which is partially funded by the Defense Advanced Research Projects Agency. Learning how to build sophisticated electronics and integrate them into human brains could one day lead to cyborg soldiers and robotic servants, he says.

Now doesn’t that just sound like something out of a sci-fi horror flick or what? It would be more than enough if experimentation stopped at the medical and military applications but further research has been done in the hopes that this brain chip could be used for ‘cosmetic’ reasons. Would you agree to getting a brain chip if it promised to insure you never again forgot a name or a face? Some researchers are saying that implants could potentially increase memory recall over 10 times normal functioning. Imagine the educational repercussions if brain chip implants provided instant photographic memory recall to students with the financial freedom to have one installed. Such technology makes the future seem uncertain. 50 years from now will we be relying on computers to think for us? It is a scary thought, but one which is becoming ever closer to being realized.