Should public libraries focus their social media efforts on content curation over content creation?? I think that this is an interesting question given that many social media experts have suggested that the most effective social media posts for libraries feature creative content. However after stumbling across this article from Forbes, I am not sure that I agree.

The article, 4 Reasons Why Content Curation Has Gone Mainstream published in 2012 Forbes online, suggests that content curation – “the process of finding, organizing and sharing online content” – can and should be viewed as a key component of an organization’s marketing strategy. Why though? 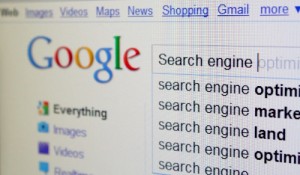 Growing quantity leads to sinking quality. I think that this is so true. A simple search on Google often yields results in the millions – this is overwhelming for many people to navigate and it can often be hard to locate the best and most relevant content – I think that most people will go for convenience over reliability when it comes to wading through information online and this can often lead to problems. Curation is one way to assist users wading through mediocre content to find the most useful resources.

As well, creative content is so difficult to come up with (at least for me!). So instead, libraries should curate and link to other people’s content. This not only offers potential patrons recommended resources, but also enhances the social networking presence of the library. When you link back to other people’s posts, tweets, etc., you’re making a connection with them that may lead to them linking to your posts in the future.

People want to be engaged with their online content, not solicited. I think that libraries have great potential to become curators of content online as they can be impartial about content, rather than sites like Google where there is an “pay-for-promo” approach to content.

What do you think? Is this starting to veer outside the mandate of most public libraries? Or does content curation just make sense?

I thought I would share this very interesting article from the Hootsuite blog!
Reading this article really hit home that we are really on to something with our class!

Basically, the article suggests that social media is extremely under utilized by staff as they are overwhelmed by platform options and do not understand how to use social media in the workplace. Far from simply being used for marketing, social media is increasingly being used to streamline customer service, drive sales, and improve HR processes. As well, employees are increasingly encouraged to participate in online collaboration through sites such as Slack and Facebook at Work.

Social media is no longer a discrete thing that certain people do in certain jobs, and more of an integral component of work itself.

Companies are beginning to acknowledge social media literacy as a critical job skill (just like Internet and basic computer literacy back in the day) and are starting to offer on-the-job training programs. However these can only go so far as many employees do not have the time for an intensive social media bootcamp. Ultimately, the right training solution needs to be on-demand and mobile-friendly.

Check out the article here.

A recent article in the National Post reminded me how cruel the online world can be.

I understand that sports fans get passionate, that they are extremely invested in how their team is doing and all that jazz (I actually don’t really get this, sports have never been my thing), but does sending a player’s wife numerous death threats really seem like a reasonable response to a team’s loss? This is exactly what happened when the Maple Leafs hockey team lost game 7 of the first round of the Stanley Cup playoffs in 2013.

April Reimer, wife of Maples Leafs goalie James Reimer, received over 300 death threats via Twitter after the loss. Among the threats, Remier also received disturbing and violent messages including one that suggested that she should stab her husband in the heart as he slept.

“What was I doing wrong? All I did was have an account.”

Reimer isn’t the only family member of an athlete who has been the target of cyberbullying. She referred to ex-Red Sox pitcher Curt Schilling playing hardball with trolls who sent violent, sexual responses directed at his daughter after he posted a proud dad tweet congratulating her on her acceptance to a college.

After Schilling took action, many of the trolls lost their jobs or got kicked off their athletic teams.

“There are consequences,” said Reimer. “It’s not wrong to have an account. It’s how you use it.”

Reimer is working to stop cyberbullying. She is promoting “Sweet Tweet”. This campaign, in partnership with the Canadian Safe School Network, was created to challenge people to spread positive messages through online social networks, including Facebook, Twitter, Instagram and Snapchat. Reimer rightly states,

“You have a voice and a choice. You can build people up or tear them down.”

I think that this is a great campaign. I think the anonymity online gives people a false sense of bravado – they think they can say anything and get away with it. How did we get to this point? 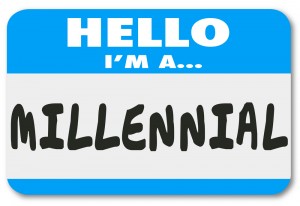 Millennials have long been the interest of researchers for their “advanced technology habits, their racial and ethnic diversity, their looser relationships to institutions such as political parties and organized religion, and the ways in which their social attitudes differ from their elders” (PEW, 2014). But for all their positive and interesting attributes, its seems that negative millennial stereotyping tends to dominate the discussion; millennials are a fickle, judgemental, cynical, materialistic, entitled bunch, lazy and just looking to have a good time. Perhaps the most overarching theme to come from these discussions is millennials’ dependance on technology and love of all things social media.

So why should public libraries care?

Millennials are often considered to be the most underrepresented user group in public library settings. While this is not entirely true, roughly 50% of young Americans aged 16-29 reported using their public library in the past year (PEW, 2014), younger Americans are among the least likely to say that libraries are important (PEW, 2014). Further, only 19% of this population stated that their library’s closing would have a major impact on them and their family (PEW, 2014). Obviously, in a world where budgets are already tight and the threat of closure or downsizing looms imminent, this statistic is significant.

So what can be done? 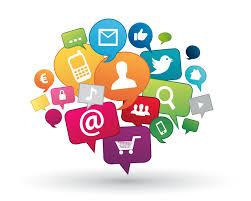 Tailoring library marketing campaigns to millennial patrons is one way of doing it. Seems simple, no? And with 90% of millennials are active on at least one social networking site (PEW, 2014), social media is the way to do it. Further, considering over three-quarters (77%) of younger Americans have a smartphone (PEW, 2014), public libraries have to find a way to appear on their phones!

But public libraries should be careful when using social media – we millennials can be a mean bunch.

For instance, while millennials want to be engaged with brands on social media, some take it too far and become annoying. Multiple posts across a variety of social media platforms becomes repetitive and boring to us. We like authentic and pithy content disbursed to us at regular, timely intervals. It should also be authentically pleasing enough to peak our interest. Got it? Good.

PEW Research Centre. (2014, September 10). Younger Americans and Public Libraries: How those under 30 engage with libraries and think about libraries’ role in their lives and communities. Retrieved from http://www.pewinternet.org/files/2014/09/PI_YoungerAmericansandLibraries_091014.pdf 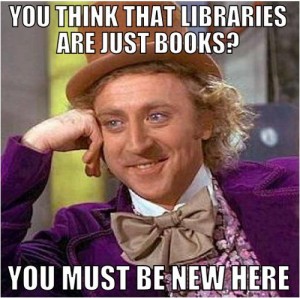 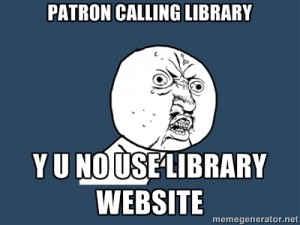 I came across this article the other day and thought it might be of interest to our class.

“How does anyone become a librarian?” This is the main premise of the project.

Porter and colleagues started out on Twitter. Librarians tweeted other librarians asking how and why they chose the profession, and the conversation began. Tweets turned blogs and blogs turned into a wiki, eventually becoming a self-sustaining, “viral marketing tool”.

Sadly the wiki is no longer up on the net, but this article is still worth a read. Taking a twitter “grassroots” movement and turning it into something more collaborative and (in)formal is an interesting concept for us librarians looking at social media.

Check out the PDF below!

Thank you Pinterest! (Or as my mom likes to say “Pin-interest”. She doesn’t get it.)

I thought that this was an interesting take on the #31daychallenge concept. I have seen lots of friends and family undertake this type of challenge for their own Instagram profiles – with varying levels of success. Could be an interesting idea in a number of ways:

I’ve included the link to the original blog post below. What do you think? Good idea? Too time consuming? Instagram as a platform?

My name is Megan Kennedy. I have been in the program for a year now and will be graduating this April! Very excited about that but it does mean that I have to start adulting soon and that is less exciting.

A little bit about me:

Why am I taking this course? I think that it is important to have some idea of how social media can be used (and should not be used) in a library setting. I consider myself an avid user of social media personally, however I wanted some tips and ideas for how to use it in a more professional manner.