The Media & Technology Studies Education at UBC blog has been moved: Click for MTSE blog

The University of British Columbia is hosting the 3rd International STEM (Science, Technology, Engineering and Mathematics) Education Conference on its Vancouver campus in July 2014.  The Call for Papers is posted below and the submission deadline is December 9, 2013.

We hope those of you engaged in STEM Education will submit a proposal to present: detailed information on the submission process is on the STEM 2014 website.  Your assistance in sharing the Call for Papers with colleagues and networks would be greatly appreciated.

STEM Education and Our Planet:
Making Connections Across Contexts

The International Conference of STEM in Education is an opportunity for educators and researchers from schools, universities, colleges, businesses, industries and other private and public agencies to share and discuss their innovative practices and research initiatives that may advance STEM education.

The conference will create opportunities for sharing:

Join us in the summer of 2014 at the University of British Columbia (UBC) in Vancouver.  Submit your proposal to present at the STEM 2014 Conference at stem2014.ubc.ca.  Call for Papers closes December 9, 2013.

We invite proposals from educators, academics, education officers, industry partners, graduate and undergraduate students for papers, poster presentations, panels, workshops, symposia, and innovative showcases.  Proposals will be peer reviewed, and are invited in any area related to the overall focus of the conference, including:

Presenters whose papers are accepted for the Conference will be invited to submit their full papers to be published in the peer-reviewed online STEM 2014 Conference Proceedings. Author guidelines are available on the conference website.

Ubiquitous and indispensible, media technologies have taken on an epistemological or even ontological significance: we learn what we know, and we become what we are, through print, TV, digital, mobile and other communications. “No part of the world, no human activity,” as Sonia Livingstone says, “is untouched…. Societies worldwide are being reshaped, for better or for worse, by changes in the global media and information environment.” Seeing media as a lens or even as an a priori condition for understanding historical, social and cultural change has become increasingly prevalent and urgent on both sides of the Atlantic. However, with some notable exceptions, this work has been developing independently, producing a wide-ranging if fruitful heterogeneity. On the one side are the interdisciplinary and theoretically-engaged Medienwissenschaften (media studies), and on the other, work developing out of the Toronto school and a variety of theoretical and disciplinary traditions. The purpose of this conference is to deepen and expand transatlantic dialogue between North America and German-speaking Europe (Germany, Austria and Switzerland) in the area of media theory — and to provide an opportunity for developing connections to other contexts as well. Areas of research and scholarship relevant to this dialogue include communication, philosophy, media literacy, and literary and cultural studies.

This conference invites papers, in English, focusing on such issues as:

– Recent developments in media theory in North America and central
Europe, for example:
–   Media and materiality
–   The construction of “mediality” in theory and
practice
–   Media and the (post)human
–   The “mediatic turn” as milestone or misnomer
– The foundational contributions of McLuhan, Innis and the Toronto
School, of Flusser, Luhmann, and others
– Media as means of socialization and education
– Towards a philosophy of media
– (Inter)disciplinary implications of media-theoretical developments

Abstracts should be submitted using the form provided on the conference
Website: http://www.mediatrans.ca/submit.html

Originally from The Argus

A lecturer has criticised students for relying on websites like Google and Wikipedia to do their thinking for them.
Professor Tara Brabazon, from the University of Brighton, said too many young people around the world were taking the easy option when asked to do research and simply repeating the first things they found on internet searches.
She has dubbed the phenomenon “The University of Google”. END_OF_DOCUMENT_TOKEN_TO_BE_REPLACED

Hi folks, critical mass was a great success this year. It was amazing fun! We went over almost every bridge attached to downtown, which wasÂ very satisfying.Â I felt like I was in a swarm during the ride. It is quite fascinating how the swarm moves. Sometimes individualsÂ from the swarm stop at the intersections and in various necessary places along the way. Other members of the swarm thank those individuals for stopping. This stopping is called: blocking or corking. As the swarm moves, the stopped membersÂ are swept back up by the moving mass. 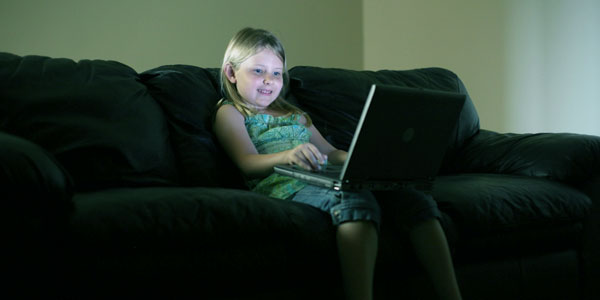 The race to create more human-like robots stepped up a gear this week as scientists in Spain set about building an artificial cerebellum. The end-game of the two-year project is to implant the man-made cerebellum in a robot to make movements and interaction with humans more natural. The cerebellum is the part of the brain that controls motor functions. Researchers hope that the work might also yield clues to treat cognitive diseases such as Parkinson’s. The research, being undertaken at the Department of Architecture and Computing Technology at the University of Granada, is part of a wider European project dubbed Sensopac. Sensopac brings together electronic engineers, physicists and neuroscientists from a range of universities including Edinburgh, Israel and Paris with groups such as the German Aerospace Centre. It has 6.5m euros of funding from the European Commission. Its target is to incorporate the cerebellum into a robot designed by the German Aerospace Centre in two year’s time. The work at the University of Granada is concentrating on the design of microchips that incorporate a full neuronal system, emulating the way the cerebellum interacts with the human nervous system. Implanting the man-made cerebellum in a robot would allow it to manipulate and interact with other objects with far greater subtlety than industrial robots can currently manage, said researcher Professor Eduardo Ros Vidal, who is co-ordinating work at the University of Granada. “Although robots are increasingly more important to our society and have more advanced technology, they cannot yet do certain tasks like those carried out by mammals,” he said. “We have been talking about humanoids for years but we do not yet see them on the street or use the unlimited possibilities they offer us,” he added. One use of such robots would be as home-helps for disabled people.

The next stage of the Sensopac project is to develop an artificial skin for robots, making them look more human-like as well as being information-sensitive in the same way as human skin is. This system is being developed by the German Aerospace Centre in collaboration with other research groups. The ambitious project is just one of many attempts to create more human-like robots. Another European research project – dubbed Feelix Growing – has been given 2.3m euros to develop robots that can learn from humans and respond socially and emotionally. The medical community is making huge strides in the use of man-made parts for failures in the human brain. Last year US scientists implanted a sensor in a paralysed man’s brain that has enabled him to control objects by using his thoughts alone. The fast pace of current robotics research has prompted deeper questions about how androids would be integrated into human society. Some have called for a code of ethics for robots while others question how humans will cope in the face of machine intelligence.

Two advanced chatbots, ALICE and Jabberwacky, were pitted against one another by Discover Magazine, and the result is surprisingly existential:

A recent book, Gamer Theory by McKenzie Wark:
http://web.futureofthebook.org/mckenziewark/gamertheory2.0/
Â
Besides contents,Â the online version ofÂ Gamer TheoryÂ looks very appealing in terms of a new way of designing e-book. In particular, it provides a collection of visualization of the texts using “Textarc”Â  It’s quite fun to play with: http://web.futureofthebook.org/mckenziewark/gamertheory3.0/textarc

LIVE 2007 invites international Avatar performance artists to participate. The event will be simulcast as part of the festival program. Please email a brief expression of interest, avatar performance proposal, CV, bio, and links before May 1, 2007 to:

The LIVE Performance Art Biennale was founded in 1999 and has located Vancouver, Canada as an important and recognized node of local, national and international performance art activity and critical study.

Ars Virtua is a new media center and gallery located in the synthetic world of Second Life. It is a new type of space that leverages the tension between 3-D rendered game space and terrestrial reality, between simulated and simulation. Ars Virtua is sponsored by the CADRE Laboratory for New Media.

pasta and vinegar reports on the uselessness of robotic pets.

Spotlight on Digital Media and Learning reports on a virtual version of The Milgram Experiment.

A neighbourhood watch for the digital age, utilising the power of social networking, has been proposed. Two lecturers in the US have suggested creating a network of Community Response Grids (CRG) in conjunction with the emergency services.

Citizens could leave text, video and photos on the site of emergencies, natural disasters and terror attacks.

ASIMO falls down the stairs

From MAKE magazine this morning, a Google video of ASIMO falling down the stairs.

This conference would be of your interest since it is going to be held in Vancouver, the deadline is too soon though.

The annual conference of the Association of Internet Researchers is one of the premier opportunities for scholars and researchers of all things Internet, as well as related new media technologies and practices. It is a forum to meet, present research, network and share ideas in a cooperative, multidisciplinary environment.

Let’s Play, the 8th annual Internet Research meeting, will be held this October in Vancouver, Canada.

Does anyone else think that this came out of nowhere?

In the face of techno-doomsday punditry, Sherry Turkle has long been a proponent of the positive. In her books, “The Second Self: Computers and the Human Spirit” and “Life on the Screen: Identity in the Age of the Internet,” Turkle has explored the relationship between human and machine and found much to ponder and even praise.

But now the director of the MIT Initiative on Technology and Self has a confession: “I have finally met technology that upsets and concerns me.”

Life and love in the age of artificial intelligence

Marvin Minsky, a computer science professor at the Massachusetts Institute of Technology, is known for feats that range from inventing the ultrahigh-resolution confocal microscope to helping found the field of artificial intelligence, which aims to create computers that mimic the human mind.

After 20 years of publishing silence, he has just come out with a new book. Called “The Emotion Machine,” it argues that, contrary to popular conception, emotions aren’t distinct from rational thought; rather, they are simply another way of thinking, one that computers could perform. He spoke with Carey Goldberg, a reporter for the Boston Globe.