The proposed Water Sustainability Act outlines some changes to how water will be allocated in British Columbia.  Several elements of the proposed water allocation process include:

Some other provisions, such as Water Sustainability Plans, Water Objectives, and elevating the priority of drinking water relative to other uses also have implications for allocation.

First in time, first in right (FITFIR) is a drought management system.  FITFIR emerged in the arid areas of western North America during gold rush times.  Gold claims could not be worked without a steady supply of water.  A miner working a claim at one point on a stream would have to stop working the claim if somebody came and developed a claim upstream.  To manage this, they came up with the idea of a priority system, where anyone who came later had to ensure that those who were already working claims downstream continued to get the water they needed.  This idea then evolved into the FITFIR (also called prior appropriation) water law that dominates much of western North America.

FITFIR is defined by one additional element, beneficial use.  Miners had to use the water to retain their right.  If they stopped working their claim for a period of time, then their right could be revoked.  The modern versions of FITFIR retain this beneficial use, which in the BC Water Act means that if a water licence is not used for three years, it can be cancelled. 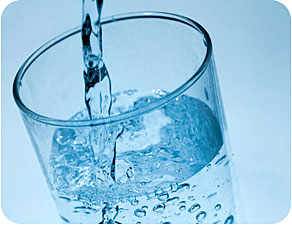 Among the general public – people who are not significant water uses and who have not made large investments that depend on secure access to water – FITFIR was by many seen as a problem.  The two primary concerns were that FITFIR isn’t fair, and that FITFIR often puts senior rights ahead of the environment.  The proposed Water Sustainability Act attempts to address these by making drinking water a priority use – FITFIR won’t result in anyone having their drinking water cut off – and by enabling licenced uses to be restricted when fish are threatened. 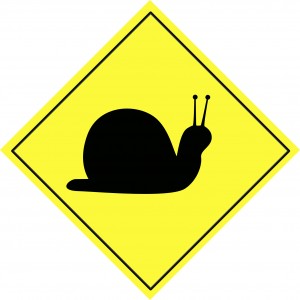 The government has certainly been swayed by those who rely on secure access to water.  Throughout the document there are repeated references to the need for security of supply.  Many people have made large investments that depend on reliable access to water.  While other rights systems can also provide secure access, the transition would be complicated and confusing, and could be damaging if not done well.

Given that FITFIR is here to stay, then it is inevitable that groundwater would be integrated with FITFIR.  There was no other way to deal with unconfined aquifers, as they impact directly on surface water use.  For deeper and/or confined aquifers, it would be possible to consider other systems. 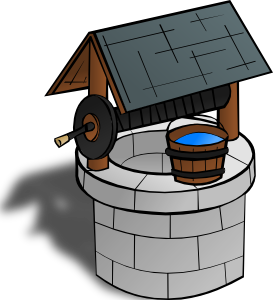 However, many such aquifers are already being accessed, which means that any system that does not have some priority for existing users would leave these users vulnerable to the influence of new users.  A necessary ingredient in making this work is of course having enough information about the aquifers that are being accessed so that we know who is pumping stream water and when people are pumping from the same aquifer.  Who will be responsible for gathering this information, for ensuring its validity, and for ensuring that wells are installed as approved and operated appropriately?  There are some very serious information needs if this is going to work, and the proposal doesn’t really outline how this will be dealt with.

FITFIR has some important shortcomings.  Chief among these is the fact that the oldest use is not necessarily the best use.  As technology, tastes, and knowledge change, we may be better off by shifting water between uses.  FITFIR makes this difficult, especially with the ‘use it or loose it’ influence of Beneficial Use.  How do we get water moved from old uses that we no longer consider that important to new (or newly recognized) uses that we now see as important?  The environment is a prime example, as in spite of being the ‘oldest’ use, legally it is often relatively junior.

The proposed Water Sustainability Act provides a partial recognition of these issues.  Beneficial use has been expanded to require efficient use, which means that a water user must somehow demonstrate that they are using efficient technologies and practices.  That licences can be reviewed after 30 years provides another check.  This provides an opportunity to revise a licence in line with new knowledge, and to address problems with the way that the licence has been used.  On sources that are currently over-allocated, these provisions provide the opportunity to gradually reduce the licenced uses and move towards a more sustainable allocation.

These changes mean that there are more tools in place to move water allocation towards sustainability.  These tools are by and large sticks, restricting or possibly cancelling licences if water users don’t act appropriately.  Those likely to be hit by these sticks will certainly push back, which may make it difficult to apply these tools.  Further, these tools will be implemented in such a way that water users will have a very long time to adjust.

These changes provide little positive incentive for water users to be more efficient, or to reward water users who make more water available for the environment.  Bringing down Victoria’s heavy hand, such as under the Fish Protection Act, will not be popular.  Such actions will likely be taken as a very last resort, and will certainly be met by resistance.

I think there should be a positive incentive to conserve.  Providing mechanisms whereby the government and/or NGOs could rent part of a water licence for a season could create such a positive incentive.  Organizations such as Ducks Unlimited or the Pacific Salmon Foundation (for example), alone or in partnership with the provincial government, could provide a payment to a licence holder in exchange for that licence holder leaving more water for the environment.  Licence holders would thereby be more likely to become partners in providing water for the environment, rather than fighting to hold onto their water rights.