Did you know that the day of the Deepwater Horizon explosion, there were BP executives onboard? They’d been flown out to celebrate 70 years of safety on the rig.

We can only imagine, as we head into this, the third part of our CUS Mascot breakdown [Ed. note: breakdown is suuuuper apt], that the mood in the CUS boardroom must be… oh, no, that’s in such poor taste.

More jokes that will hurt your feelings, after the jump. 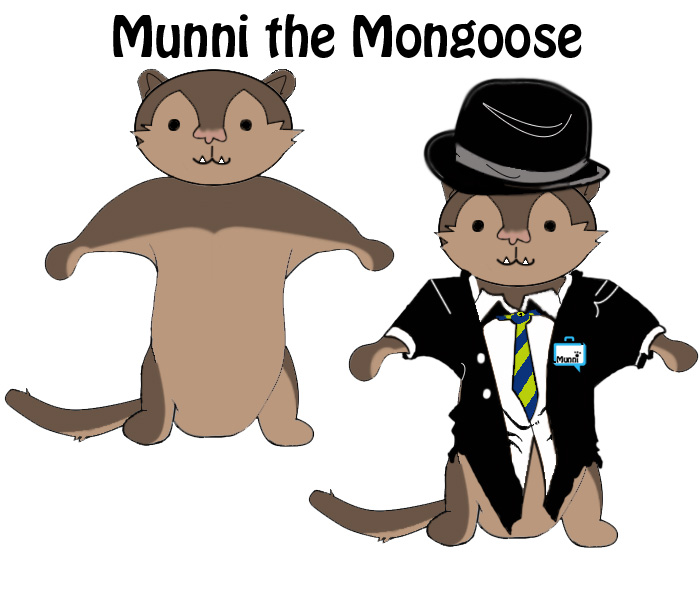 Oh, puns. It’s a good thing you only refer to money in the title, and not anywhere else, because otherwiseohwait—

“Munni the Mongoose is constantly on the lookout for jewels and treasure,” and “the mongoose is considered by some to be a symbol of wealth.” Oh, and “its presence signifies prosperity, money making luck, windfall, wealth and abundance.” Plus “the mongoose also brings the possibility of a fatter salary for those seeking for a new career.” …that’s pretty much the entire writeup.

Worthless art school diploma rating: This is actually well drawn, with actual shading done on the nose and jacket—although we didn’t need a second drawing to show it completely nude. But thanks! As for the clothed one, again with the tie, and more disturbingly, again with the lack of pants. Also, the two random teeth. But it actually looks like a mascot, which is nice. $$$$$

Post-ironic stereotype reclamation: There’s the name. And the suit. And the top hat. In short, he’s a monocle and mustache away from the Monopoly Guy, mongoose-ized. So, kind of like that crazy lady who does Sugar Bush Squirrel, except, your entire faculty. $$$$ 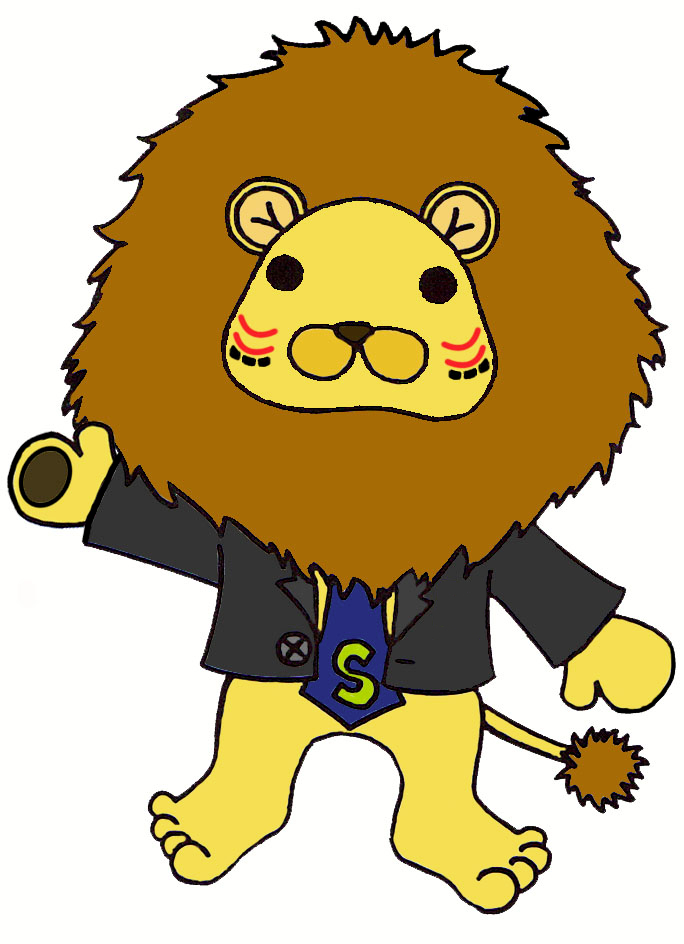 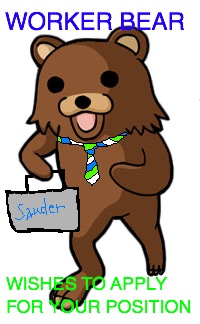 this took five minutes in paint, you hacks

Post-ironic stereotype reclamation: Okima seems like a decent, slightly humble dude, in spite of the tie and lack of pants. But what is that crap on his cheeks? new designer drug? the blood of innocents? oh god. $ 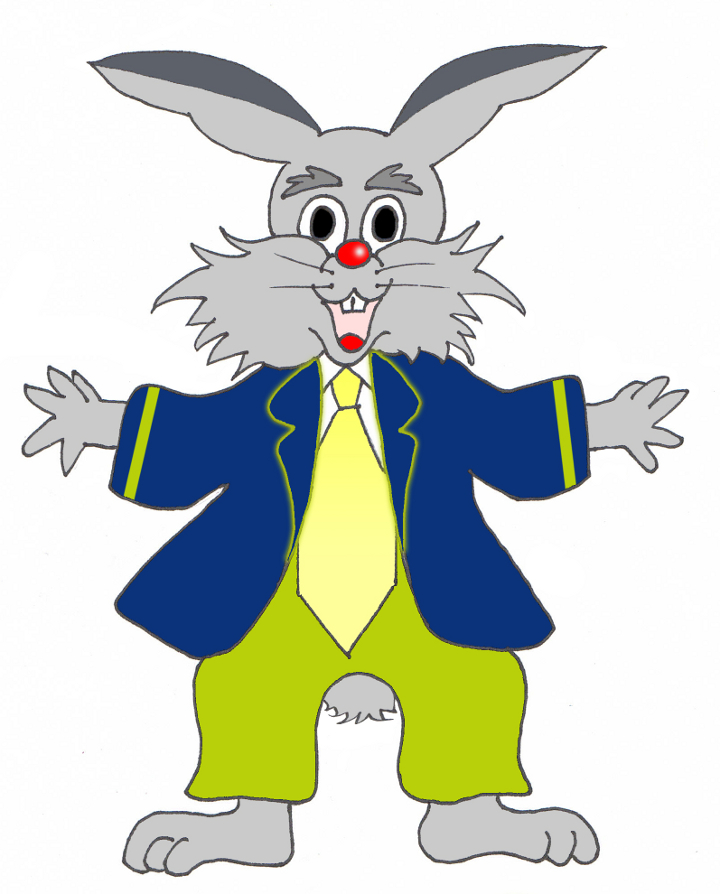 Worthless art school diploma rating: Firmly hovering at a solid grade-4 level, Optix is bad without being embarrassingly so. It seems like the sort of art that anyone could recreate, given enough time, if they have absolutely no talent. The idea of an excited rabbit is conveyed, despite its lack of natural stance or convincing features. The creator obviously never wasted any time thinking about the way fingers are supposed to look–they were too busy being motivated to “thrive and succeed.” $$$$$

Post-ironic stereotype reclamation scale: Other than the obvious suit, there isn’t a thing that reinforces Sauder stereotypes. Unless, of course, the rabbit is indeed high. $ 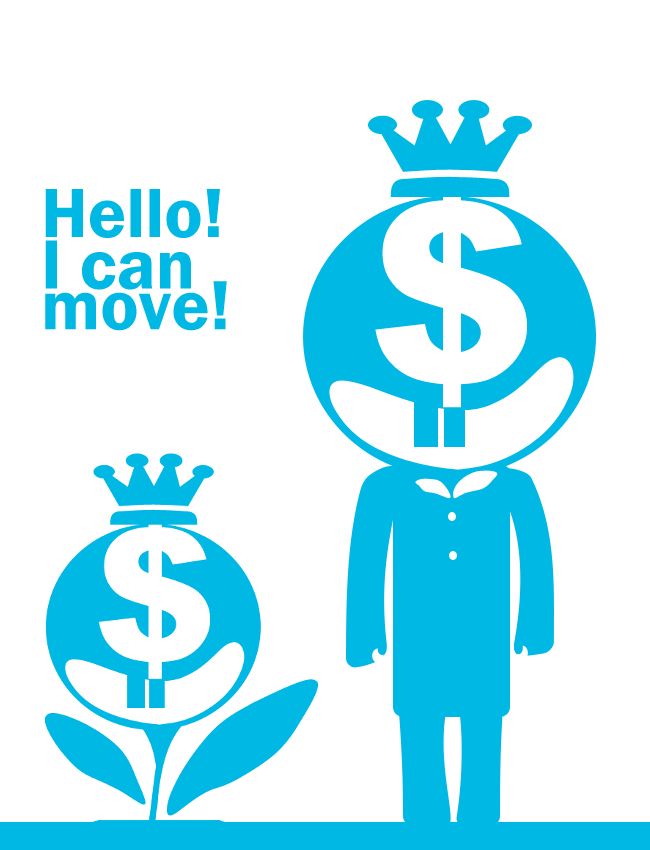 “This is the mascot inspired by flowers.” NO IT ISN’T. It’s inspired by money. No sane person would look at this monstrosity, with the crowns on top and the face replaced by dollar signs, and think “Ah, yes, flowers.”

“The concept is to tell us the story about how UBC Business School of Sauder provides the land, the sunshine, the water and the oxygen for the flowers to grow up.” In summary, the UBC Business School of Sauder (which isn’t actually its name), provides everything to make a tiny peon into a tower of money! Or flowers. Or something. “The logo of “$” does not only represent money, but also Sauder School.” So to summarize, Sauder=money. Glad we cleared that up.

“The mascot with the crown shows how our students can succeed in UBC and in the society.” Because without being a monarch, one cannot succeed in society? Erm, without being a monarch, one cannot succeed in society! yes, that’s better. “Additionally, the blue bottom part is the land for the mascot. It can be different shapes to fit different usages such as posters and logos. We can also write words in this area.” So, the mascot is stuck on a piece of land? It’s unable to move? It has a flower friend? We’re deeply disturbed by this entire thing. But major bonus points for actually considering the way this image could be incorporated into some giant viral marketing horror scheme, you clever little overachiever, you.

Worthless art school diploma rating: This person has clearly advanced from Microsoft Paint to Corel Draw. Kudos. We’re more than a little confused by the buck teeth, not to mention THE FLOWER WITH A SMILEY FACE REPLACED BY A DOLLAR SIGN AND A CROWN ON ITS HEAD. However, we commend this drawing for challenging the convention that plants are static by having the thought bubble of “Hello! I can move!” Groundbreaking! $$

Post-ironic stereotype reclamation: Well, aside from believing that human identity is nothing more than a dollar figure, that nature is only viewed monetarily, and that Sauder students are the anointed kings, none at all. $$$$$

While the concept is nicely apropos, this “Piggy Banker” is half Tarantino/Bond movie offal, half Little People Farmyard Fun playset. TJ (the name is never explained) is a total rebel, ready to “crash any conference” with his Risky Business-style sunglasses, dress shirt and tie—pants apparently not required. (Ooh, we love a bad boy.) He also carries a giant hammer strapped to his back, “like all Sauderites.” Um, we’re pretty sure that way lies assault charges. The “irresistible pallet [sic] of Sauder spirit” and “the charming taste of UBC Commerce” are leaving a bad taste in our mouths.

Worthless art school diploma rating: A dark blue pig carrying a dark grey hammer on a flat black background—epic fail or cunning strategy? After all, if you can’t see that it’s been drawn in your grade 6 computers class, you might be more likely to vote for it. Thumbs down for the least realistic depiction of a money known to man—that thing looks wayyyy more like a tube sock than a dolla dolla bill. – $

Post-ironic stereotype reclamation: So you say that TJ “rolls in the high life” with all the money he’s made with his totally ballin’ Sauder degree? Woahhhh, über-stereotype: materialistic, Zima-drinking douchenozzle, yammering your ear off about his sweet stock portfolio? Total accuracy! Five stars! $$$$$ 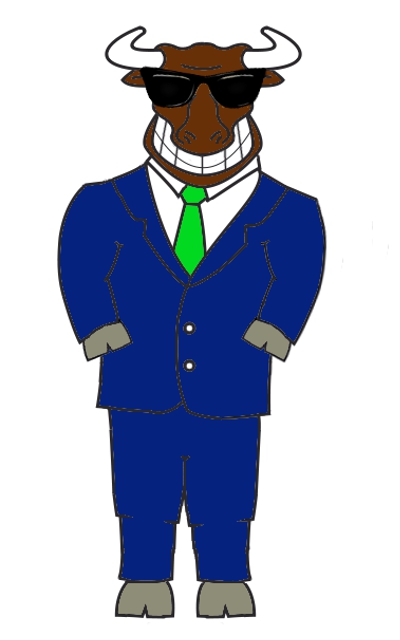 It’s a bull with a frontally dislocated jaw! he’s addicted to dental surgery! it’s like the farmyard version of that woman who’s had so much plastic surgery, she looks like a cat. 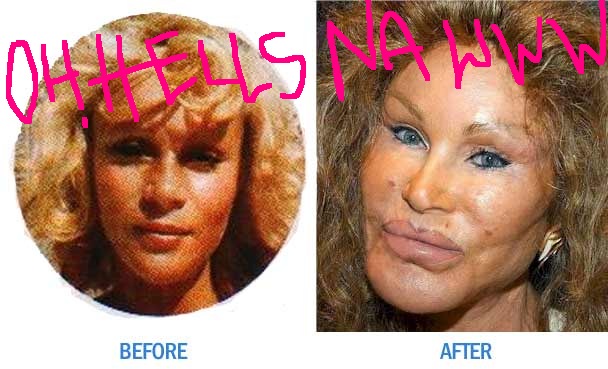 i google'd "too much plastic surgery looks like a cat" and this was the first result. her name is jocelyn wildenstein.

His vaguely-hip lingo totally reminds us of business leaders as seen on TV sitcoms, and the fact that he’s giving us his entire resume in the first paragraph is totes believable. Did you know, by the way, that Wally “logisticized” the “mean streets of Sauder” himself? And all while wearing knockoff sunglasses! Wally truly is the “perfect marketing image”—shallow, patronizing, and completely unsuccessful at selling anyone on the concept he’s trying to represent.

Worthless art school diploma rating: Chicago Bulls logo + MS Paint + terrifying teeth = nowhere near as bad as some of the other stuff available. We find it a little awkward, if accurate, that Wally has no hands—just hooves (however will he operate his Blackberry??). But are those pants just awkwardly pleated, or are those zip-off ‘convertibles’? Oh, please please please say they turn into shorts. $$$

Post-ironic negative stereotype reclamation: “I don’t know how to put this, but I’m kind of a big deal.” $$$$

Questions Unanswered by This Description: What the hell is OB?

That concludes our three-art series on the CUS’ Mascot Fail. We invite you to tell us which mascot you liked best in the comments—the one with the most votes wins ABSOLUTELY NOTHING yayyyy

3 thoughts on “Mascot Madness: Revenge of the $ith”