As a lecturer, my role does not have a research component; but I continue to engage in research – both independently, as well as in collaboration with other faculty members.

My research interests include: Genes have been said to be the “placeholder of one’s essence,” and the belief in genetic effects on certain behaviours and traits has been shown to affect our actions. I am interested in seeing how genetic essentialism influences our cognitions about a variety of behaviours and traits, and how those cognitions affect our subsequent actions (e.g. what decisions we make; how we act based on what we think) 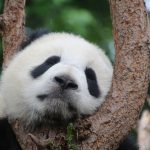 Sleep is a biological universal – virtually all members of the animal kingdom exhibit some form of sleeping behavior; but what do not appear to be universal are the parameters of sleep (that is, the ways in which sleep occurs). Much anthropological evidence now suggests that parameters of sleep, such as the ways in which people sleep, and how long they sleep, appear to vary greatly across different cultural groups. We are currently obtaining cross-cultural data on this question. Human migration is occurring at an unprecedented level, compounded by high levels of cultural globalization. This has put human populations from around the world into (direct or indirect) contact with each other. In response to these interactions, cultures and individuals will likely undergo various processes of change in order to adapt to a cultural environment in flux. Important questions in this area relate to whether or not such adaptation has a sensitive period, and whether there are general strategies that people and cultures engage in to adapt.

All pictures on this page have a CC0 license, and were downloaded from Pixabay.com