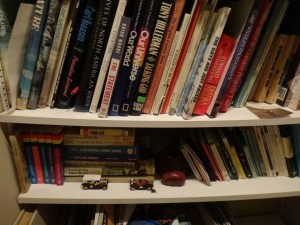 1 thought on “Identity as Collection; Collection as Identity”