In his inspiring book If This Is Your Land, Where Are Your Stories? Finding Common Ground, J. Edward Chamberlin grapples with the universal practice and ceremony of storytelling, and seeks to “find common ground” between cultures as a way of breaking down and complicating our understanding of “Them and Us” in order to establish universal acceptance and respect for all peoples across culture, language, and tradition (8).

Chamberlin spends a great deal of time dissecting the use of words and language, recognising that humans have a tendency to draw a dividing line between “Us and Them,” between savagery and civility, between culture and anarchy, based on use of language. Language is often the dividing line between peoples, and when we are unable to understand another’s language, customs, and practices,they begin to seem more like “babblers and doodlers” than respectable human beings. “The categories of the barbaric and the civilised first take place along the lines of language with the dismissal of a different language as either barbaric or so basic that it could not possibly accommodate civilized thoughts and feelings,” and this conception of barbarism lends credence to the idea that those who speak differently are inferior (Chamberlin 13). If we characterise the ‘other’ as subhuman, incapable of ‘usefulness’ or productivity (as we understand it), and ill-suited to governance of themselves or of land, it becomes very easy to justify their subjugation. This is especially the case when they inhabit or possess things that we ourselves desire – land, for instance, or natural resources like gold or lumber. Greed or desire for resources skews perception in such a way that it is easier for us to think of the other as barbaric, and to justify the theft of homelands.

Chamberlin turns to story to help complicate this dualistic understanding of Us and Them. Communities from around the world all have in common the fact that they tell stories. The tales themselves differ, of course, but the ceremony of storytelling and the practice of believing in metaphor is universal. The very heart of language, as Chamberlin argues, relies on us learning to be comfortable with the paradox of believing and not believing at the same time. When we teach children to read, we teach them to recognise that “C-A-T” is at once a cat and also not a cat. Children take very easily to the world of metaphor and symbolism, they learn very quickly to believe and not believe at the same time, and this liminal space of acceptance/dismissal is essential for understanding stories as well.

Chamberlin writes that “often it is when we are most conscious of  their artifice that we surrender most completely to stories,” and this makes me think of the work of the German playwright and theorist Bertolt Brecht, who wrote a great deal about the dangers of believing too completely in the realism of the story presented on stage. To combat this, he created what he called Verfremdungseffekt, also known as the “V-Effect” or the “Alienation Effect”. He would intentionally disrupt the suspension of disbelief that traditional theatrical conventions require by doing things like exposing the back wall of the theatre, adding musical elements that clashed with the events on stage, and informing the audience of the plot in advance. He hoped that this would prevent them from becoming swept up in the emotional journey of the story and that they would be more able to consider the political implications of the piece. It’s a balancing act between making the audience care enough to think deeply about the issues, but distancing them just enough that they avoid leaving the story behind in the world of imagination without considering its political implications. Ultimately, Brecht was playing with the audience’s understanding of realism and artificiality, putting pressure on dis/belief. 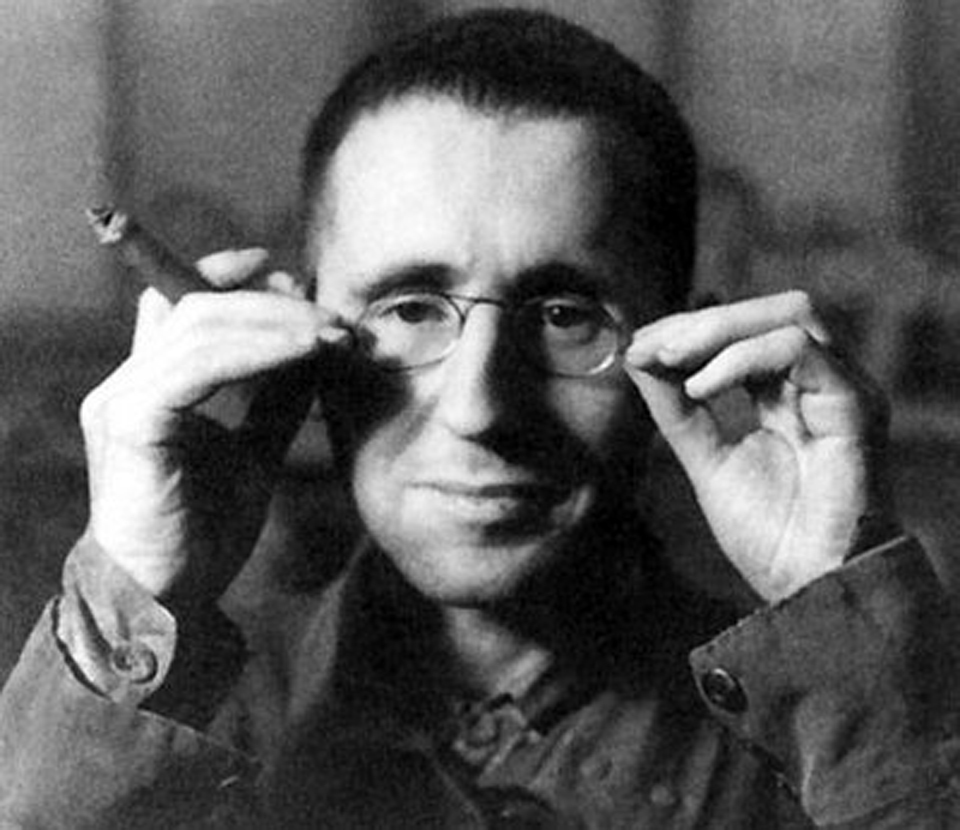 Cultures around the world draw on the ideas of riddles and charms to teach lessons, tell stories, entertain, enchant, and instruct. Chamberlin understands riddles and charms as devices that drive a wedge between reality and imagination. They create a situation that requires the disintegration of language itself, or of our conception of the way the world works. Under the pressure of understanding charms and riddles, either we must radically rewire our understanding of the world, or our sense of language itself must dissolve.

In the case of riddles, “it is the language that gives” under this pressure: our understanding of the way language works cannot exist alongside the rules of the world, so the trick and the delight of the riddle is in showing us the artifice of words and metaphor, and, indeed, it is language that solves the problem in the end (Chamberlin 161).

It works the other way with charms. Ceremonies, national anthems, well-known prayers, and creation stories all manage to work some magic on our experience of the world. The logic of language is pitted against that of the world, and “in a charm, it is the world that changes – if only for that moment” wherein we truly believe in an ideology or community that we may otherwise dismiss (Chamberlin 239).

“Riddles highlight the categories of language and life; charms collapse them. Neither does away with them” (Chamberlin 239). This, I think, is what Brecht was trying to achieve as well, trying to drive a wedge between realism and artificiality so that we may explore the liminal space of our instinct to categorise. Words “make us feel closer to the world we live in” because we inhabit a world of contradictions, and language requires us to become comfortable in the practice of believing and not believing at the same time (Chamberlin 1). It is only by achieving this balancing act of embracing contradiction that we are able to move forward into finding common ground.

Chamberlin, J. Edward. If This Is Your Land, Where Are Your Stories? Finding Common Ground. Toronto: Vintage Canada 2004. Print.

Thury, Eva. “Brecht on Alienation (the A-effect, or, from the German Verfremdung, V-effect), an Essential Element of Modern Drama.” Web. 23 May 2014.