Home. What a subject to ponder.

Our class has some beautiful, heartwarming, heartwrenching stories about what ‘home’ means, and it’s been such a privilege to read stories of childhood, of displacement, of longing, of confusion, of safety, of comfort, and everything in between.

I took the liberty of reading many of the blogs submitted for the last assignment, but four in particular stood out to me. As a traveller and a settler myself, with no real sense of one particular place as home, I really resonated with Bára’s craving for the “space in between,” and the sense of belonging and not-belonging all at once. Home is found as much in language as it is in space or memory, and there is something about one’s “mother tongue” that holds a certain quality of home.

I was born in Vancouver and then spent seven years in the UK, before moving back to Canada and settling on the Sunshine Coast for five years, and then back to Vancouver for university. People frequently ask me where I consider “home” to be, and I have never had a definitive answer.

In many ways, Vancouver is home because it is the first place I have made home for myself on my own terms. It’s the place where I first called an electrician, dealt with landlords, and hosted family and friends in my own space, and so for that reason the city feels ‘mine’ in that I have a personal, individual relationship to it distinct from the influence of my family. That said, I have always felt like I don’t quite fit in the city – there’s a part of me that would love to run away and live on an organic farm for the rest of my life. The rolling hills of the English countryside that were such a haven during my early adolescence, the magnificent forests and mountains of Canada’s west coast, the south bank of the river Thames, the inside of an airplane, my family’s cabin on the Winnipeg River that has been the only constant ‘home’ throughout my life – these are all homes for me. 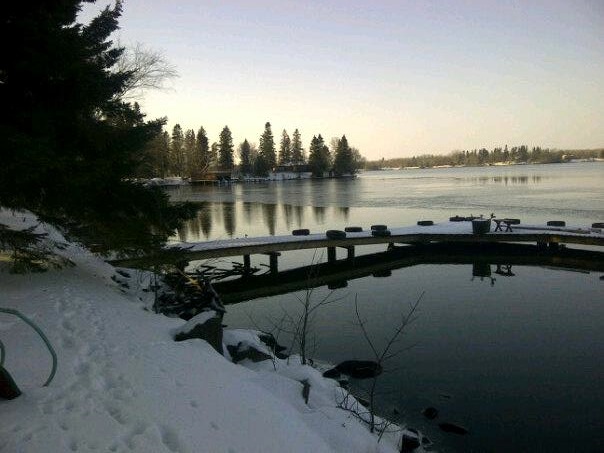 I build homes in my community, and in the people I hold dear to me. Home is in my yoga practice, in great works of literature, in a steaming cup of fine tea, in great conversation. Laura, too, “never learned to define home as a space” as a result of being a settler from a country that no longer exists, and she also touches on the politics of sexual expression as an alienating force. I have immense privilege in that I know my own queerness would not prevent me from finding safe spaces in either England or Canada, but I resonate with the sense of otherness and alienation from mainstream community that queerness creates. As Gloria Anzaldúa notes: “as a lesbian I have no race, my own people disclaim me; but I am all races because there is the queer of me in all races;” there is togetherness in otherness. This, too, is an important part of finding home.

Home is contained in memory, in the places we leave behind, in our imaginations. Rob writes about his childhood adventures in backyards and forests and the kind of home that is located in silence and aloneness. He touches on the idea that perhaps home is something we necessarily take for granted, and we never really know home until we leave.

Kayi‘s post about the multiplicity of homes raises an interesting point: that “it is a sense of invisibility that really gives a person a sense of home […] an invisibility that allows me to blend into the crowd, to walk down the street without being scrutinized.” Part of feeling ‘at home’ is a sense of comfortability and belonging, and this “invisibility” creates a certain amount of liberty. There is comfort in anonymity just as there is comfort in being recognised.

Other blogs touched on home being located in childhood, in familiar places, in the heartbeat of a loved one, in food, in laughter, in inside jokes, and, interestingly, in the “in-betweens” – the liminal spaces that are both pregnant and empty, a space of nothingness that contains limitless potential, like the space between breaths.

(Also thanks to Laura and Kayi – I must read more of Anzaldúa’s work when I have a chance!)