I should be editing the final draft of my thesis right now, but I’m exploring the Day Zero site instead — and boy, is this inspirational procrastination at its finest!

The Day Zero Project began its life as a meme where people made lists of 101 things to accomplish in 1001 days. Unbeknownst to me until today, it’s now morphed into a growing social network with some really neat features, like the most popular 101 tasks, goals sorted by travel destination, featured theme lists and an idea finder.

Some favourite reading so far:

My own Day Zero list is expiring at the end of this month, and what with my two jobs and the thesis keeping me crazy busy, I’m having more fun creating a new list for my post-graduation life than trying to complete the old one. Yes, all my thoughts are eagerly turned towards the next chapter and the excitement of the unknown. Anything might be possible!

Comments Off on The Day Zero Project

there is no excuse for this

To my fellow inhabitants of the city you supposedly loved:

In the morning, I wish you will remember the smell of acrid smoke from the fires you started and the faces of the people whose cars you destroyed. I hope the tears of the people who work in the places which windows you broke and goods you stole will haunt you.

Tell me what this is for.

You have your democracy, your health care, your education and housing to extents that half the world won’t even dare to dream of. You break apart the worlds of the people you live among for a few short hours of anger and rage, of a riot and something you dare to call fun. You stay to watch like this is entertainment, something to talk about in the morning, complete with pictures for your new album.

I want to know if you can face the mothers of the ones who are stabbed and tell them every word of the stories you mean to gasp over with your friends. And if you can, how you can still see yourself in the light.

Please: If you know someone still downtown, urge them to go home. The busses aren’t running but the SkyTrains are. The SeaBus is still heading to the North Shore. Offer them your place if there is nowhere else for them to go. Don’t let them stay out in this mess of disgrace and regret.

In your third year, you don’t know that you know…

This is something I once heard (in Chinese):

And that, my friends, would describe my university education perfectly.

Just entering university from high school, I was pretty confident in my abilities—and while I did well overall, I found out quite a few things about myself and how I envision my learning environment that I had to work hard to create.

In my second year, I’d managed to get into third-year English Honours, so I was pretty excited about embarking on a two-year journey of lotsandlotsandlots! of English. Knowing perfectly well that I didn’t really know much about anything, it was incredibly enjoyable to just launch myself into my learning. Over the last couple of years, I’ve taken at least one course in each century of English (which is how the courses are loosely divided) and then some. That’s a pretty great overview, if you ask me.

“In your third year, you don’t know that you know.”

I’m really hoping this above statement is true because, since I don’t know what I know, I generally feel like I still don’t know very much about anything at all. (And this statement will probably continue to be true for years to come, when faced with the great sea of knowledge.)

Which is very frustrating when your friends are graduating around you left, right and centre, and you still can’t clearly articulate what exactly it is you want to do with your life this summer.

The main problem being that there are many things I ought to do this summer in preparation for applying to graduate school and to explore possible careers, such as:

And these activities do not count the things I want to do for fun, like:

My one bit of advice? If you’re thinking of grad school, consider doing the GRE at the end of your second year. Depending on your program and how ready you are for it, it may take a lot off your plate in your third year—and at least it will allow you a chance to retake it if you need to, without any rush. 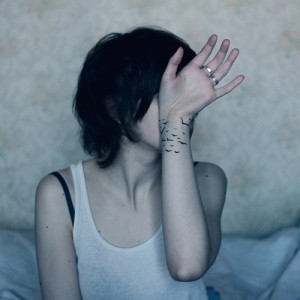 By now, most of us who have used the internet for more than a few years will know (or really, really should) guidelines on how to protect ourselves when surfing the net.

We know, for example, that it’s not a good idea to put your home address online where anyone can find it and then stalk you. Unless you really, really want to be stalked by a complete and utter stranger — though you’d have to ask anyone you live with if they’d want to share that experience with you, just in case, you know, you all get stalked, out of common courtesy to the people living under the same roof as you.

UBC also offers the occasional workshop on your digital tattoo: the lesson of making sure that there is nothing on the web that you wouldn’t want your prospective employer, for example, to see, and that the stuff that’s about you is resume-worthy stuff.

All excellent lessons. Now let’s think about other people, too. I’m not sure when this started happening — perhaps with the advent of social networking sites like Facebook and MySpace where people will use their real names, create a visible network of contacts also using their real names, and tagging photos of these contacts under their real names? — but I notice that more and more people are throwing their friends’ names out left, right and centre.

OK, I tag people on Facebook. Nevertheless, I will maintain that there is a significant difference between tagging somebody on Facebook and writing out their name on a blog like this: on Facebook, you can set your privacy levels to a limited extent, but this blog is very, very public and searchable.

This is pretty ironic, I’m sure: I have my name pasted all over this very, very public, searchable blog, and I’m making a fuss about online privacy?

Yes, because while I understand I signed up for a limited amount of publicity when I started blogging under my own name — note: limited — other people haven’t. And I/we should respect that.

I don’t know about the legal aspects of any of this, but in terms of common courtesy, I think this is a pretty good golden rule:

If a person hasn’t given permission to have their identifying information revealed, don’t reveal it. This includes discussions about specific classes, workplaces, or any location in which a person can be found. Like posting your home address, many people in your class don’t want to be found at a certain time of day.

Many people also don’t want their photos available on searchable sites, no matter how many they put up on Facebook. Even if you’re going to attach a name to a photo, it’s usually highly unnecessary to put first and last name up. A first name is usually enough to suffice, unless the unfortunate individual has an uncommon first name, like me (for the record, this is why I don’t want any photos of me up without knowledge beforehand). This blog is the first thing you’ll find when you do a Google search for lillienne and there are only so many Lilliennes at UBC to make the chance of whatever you’re posting being of me very, very high.

As one of my friends said, “So I could make up absolutely anything about you and put it online and people would think that’s you.”

(If you’re another Lillienne at UBC, please let me know so we can commiserate. Actually, let me know so I can apologise for probably giving you the wrong identity. Also if my friend pranks me and therefore you, too.)

The only time I don’t bother asking a person is if they’re already publicly online. For example, I have no qualms about linking posts made by my fellow UBC bloggers — like me, they’ve accepted a certain degree of publicity. Though I still wouldn’t do anything they don’t do: talk about specific locations they’re in, or put up photos without asking first. (We all know how much we hate those unflattering photos…)

Beyond basic desire for people to control their own online presence, there are sometimes more serious reasons for why a person doesn’t want their information publicly available.

One of the standard questions on the registration forms for the YMCA Camps (I worked there this summer) was, “Is there anyone who should not be in contact with your child?” Most university students are no longer minors, but this doesn’t mean there aren’t people we need to avoid. Or sometimes people do work in stuff that requires a degree of anonymity and they don’t want that compromised.

Plus, it’s very embarrassing for both parties to have to confront/be confronted by someone who doesn’t want their information up on your personal blog. Let us all avoid this by taking care of one another’s online privacy! 😀

Vancouver summers: hot, dry, blue-sky affairs without a cloud in sight. A time when rain is limited and people are instructed to water their gardens at very particular times.

So I was told. This seemingly endless grey drizzle (realistically, this current drizzle only started yesterday) is casting serious aspersions on the people who claimed this.

Not everyone is as averse to precipitation as I am at the moment, though — when I ran out to post a letter during my work lunch break yesterday, I saw a baby in a stroller/pushchair with one of those waterproof canopies covering it. At least, that was what it was supposed to do: the baby was quite firmly holding the plastic aside, exposing itself to the rain. Lovely! I’d have taken a picture if: a) I had my camera, and b) that wouldn’t freak its parents out.

However, the rain does keep everything a beautiful fresh green.

I wait for my Vitamin D with impatience.

On a separate note, it is strongly advised not to do last-minute course-planning as I found out (and only through a friend pointing out by chance) that I’d registered for the wrong Chinese courses. Instead of registering for Advanced Reading and Writing, I’d signed myself up for Advanced Speaking and Writing. While there is absolutely nothing wrong with the latter course, I am not aiming to become an orator in any language, let alone in a second language, and it’s my reading and writing that needs serious attention paid to.

Or if you do do such things last-minute, please read the titles of the courses rather than memorise course numbers. (I plead fuzzy eyesight after seven hours of staring at the screen.)