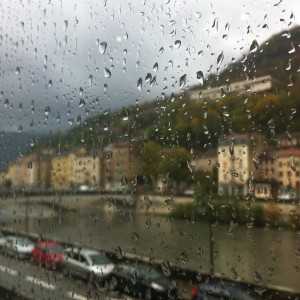 I’m so, so envious of you. I remember me at this time last year. I wanted more than anything in the world to go to Sciences Po Paris, and live on Boulevard St Michel, and sleep in the shadow of the Eiffel Tower, and wander down the Seine every afternoon, and breathe in the same air that Hemingway and Picasso and Chanel and all the others did, once upon a sunny morning. I thought that’s what I’d wanted since I was twelve years old and I fell in the love with that city for the first time. But it’s been exactly four months, 21 days, and eight and a half hours since I arrived in Grenoble. And it’s been four months, 21 days and eight hours since I thought for a single second that going to Grenoble wasn’t absolutely the right decision. I love it here. I love it more than anything else. I never knew the meaning of the word serendipity until I got here. I don’t regret it for a moment, not for a heartbeat. I still don’t know why I chose this tiny little city as my second choice but I’m so inexpressibly glad that I did. What I’m saying is, it doesn’t matter where you go. END_OF_DOCUMENT_TOKEN_TO_BE_REPLACED