Your task is to take the story about how evil comes into the world, the story King tells about the Witches’ convention in Chapter One of The Truth about Stories, and change it any way you want, except the ending. You can change to place, the people, the time – anything you want. But, your story must have the same moral – it must tell us how evil came into the world and how once a story is told, it cannot be taken back.

First, learn your story by heart, and then tell the story to your friends and family.

After you have told the story a few times,  post a blog with your version of the story and some commentary on what you discovered about story telling. 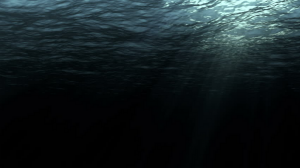 I have a great story to tell you, it is the story of how evil came into the world. You might think you know this story, but I can assure you, you’ve never heard it quite like this before.

It happened in a place on this earth that no human has ever seen, at the beginning of time when the earth was mostly covered in water. Because there was no land at this point, there were also no humans. But there were human-like creatures of great intelligence, and great power. Mermaids we might call them, but not the type that sit on rocks and sing beautiful songs.

No, these mermaids are ancient creatures who know all the secrets of the sea, and the land which came after it. And it just so happens that they know all about how evil came into the world, because they are the ones responsible.

It happened like this: a few of the oldest and wisest mermaids from all over the world came together in a cave in the deepest part of the ocean. They were having contests of all sorts: Who could create the prettiest seashell? Who could summon the largest wave? Who could control an entire school of fish?

Finally the mermaids decided on one final contest: who could create the scariest thing in the entire ocean?

Each took their turn, trying to create the scariest thing, and each outdoing the last. This is actually how some of the scariest creatures in the ocean came to exist!

Finally there was only one mermaid left, who was one of the oldest and most mysterious mermaid in the ocean. And all this mermaid had was a story, but it was a terrible story about disease, murder, treachery, and blood magic. The list of awful things in this story seemed to go on and on.

The rest of the mermaids decided that this story was the winner, the scariest thing in the entire ocean. But they were not interested in having this story loose in the world, they all agreed that it was too terrible to live with. So they ordered the wise old mermaid to take the story back.

“I can not do that,” the old mermaid replied.

“Once a story is told it can not be called back. It will now be loose in the world forever.”

Storytelling was a new experience for me. For my whole life its been someone else telling the story and me being the listener. Even before I was about to tell my story to my parents, brother, and sister, we all had some fond memories to recall about our family’s own experiences with storytelling.

My dad would always tell us the story of “Pirate Pete” in the summers as we sat around a campfire at our cottage in Ontario. We would all howl with laughter every time he ended the story with explaining how Pirate Pete got his glass eye (“aye, a seagull pooped in me eye!”).

Reminiscing about the adventures of Pirate Pete oddly allowed me to draw some sharper observations about the nature of story telling. I noticed that the storyteller has a lot of freedom in how the story is delivered, but it is very important that the ending is delivered more or less the same.

I definitely added to, and rephrased certain parts of my story as I went along, but I was careful to make sure the ending was the same as how I initially intended for it to be. In the same way, with my dad’s Pirate Pete stories, we all counted on that same ending to make us laugh.

So whether the purpose of an ending is to make us laugh, or to give us something to think about, it seems that the endings of stories that we tell orally have a lot of power. So I guess that is really the point of the moral of our stories: be careful of the ones you tell, for once it is told it cannot be called back.

note: I was looking for a good picture of mermaids to accompany this post, but nothing really caught my eye. However, I did find this interesting article about mermaid legends. Check it out! There are stories about mermaids from cultures all over the world!

Explain why the notion that cultures can be distinguished as either “oral culture” or “written culture” (19) is a mistaken understanding as to how culture works, according to Chamberlin and your reading of Courtney MacNeil’s article “Orality.

Before reading Edward Chamberlain’s book If This Is Your Land, Where Are Your Stories? and Courtney Macneil’s article “Orality” I must admit that I had never thought there was anything problematic about distinguishing cultures as either “oral” or “written”. I was content to accept that different cultures had different ways of communicating, and chalk it all up to cultural relativism. However, now that I have had the chance to read both Chamberlain and Macneil’s thoughts and reflect on what they mean, I can see now that differentiating cultures as “oral cultures” or “written cultures” is a false dichotomy as no culture is either entirely “oral” nor “written”.

To begin with an analyses of Chamberlain’s writing, he explains that distinguishing cultures as either “oral” or “written” is just another way of viewing the “Us vs. Them” dichotomy. In the hierarchy of “Us vs. Them,” Chamberlain suggests that the “Us” who “speak properly” and do “worthwhile things” are viewed as superior to “Them” who “doodle and do nothing” and “babble, more or less meaninglessly” (8). When viewing this hierarchy in the context of “oral” and “written” cultures, Chamberlain explains how cultures with written languages are viewed as having a place in the “Us” category while cultures with no written languages are reserved to “Them”. In reading Chamberlain’s thoughts on language, I noticed that he had three main reasons for suggesting why distinguishing cultures in this way is a misunderstanding of how cultures work.

For one, Chamberlain says that cultures who rely more on oral communication are praised for their “naturalness and naiveté” when the reality is that oral communication is a sophisticated and complex form of communication in its own right (18). Secondly, he then points out that this kind of thinking is dangerous as it encourages people to look down on other cultures, while celebrating their own culture as one that is sophisticated and superior. As we can see in Canada’s history the “Us vs. Them” dichotomy exists in the encounter between the Europeans and the First Nations people. Finally, he notes that believing that there is such a thing as “written cultures” and “oral cultures” is a misconception. So-called “oral cultures” have there own forms of writing even if they are non-alphabetic. An example of this in First Nations Cultures are totem poles and wampum belts, which record important information like history, treaty agreements, and stories. In reviewing these points, Chamberlain makes a very clear case that all cultures draw on both written and oral forms of communication, therefore they cannot be easily categorized as simply “oral” or “written”.

Macniel’s article draws on many of the same points that Chamberlain makes and even references his writing in her discussion, but she also makes a very interesting point that is separate from Chamberlain’s analysis. In challenging Walter Ong, a professor of the Toronto School of Communication who subscribes to the literacy/orality model Macneil suggests that communication though cyberspace has given us another reason to rethink orality. She challenges Ong’s statement that orality is “evanescent” by calling up the permanence of audio-recordings, and sound files that we can replay again and again. Similarly, she states that if written language is meant to be held as the more sophisticated form of communication because of its permanence, as Ong would have it, then what do we make of the fleeting nature of instant messages? Macneil’s article left me with an awareness that online spaces will play a crucial role in negotiating the place that orality has as a viable form of communication that is not secondary to written language.

Chamberlain, Edward. If This Is Your Land, Then Where Are Your Stories?. Toronto: Vintage Canada, 2004. Print.

“European Colonization and the Native Peoples”. Site for Language Management in Canada (SMLC). University of Ottawa, n.d. Web. May 20 2016.

Hello ENGL 470, and welcome to my blog (that I have yet to come up with a creative title for, but perhaps inspiration will strike sometime during this semester)! This blog is a component of a Canadian Studies course I am taking at the University of British Columbia (UBC) titled “Canadian Literary Genres” or as Dr. Patterson has named it – “Oh Canada … Our Home and Native Land?”.

I’m a third year Art History major, although this is still my first year at UBC. I did the first two years of my undergrad at the University of Ottawa, but it was just too cold for me there, so I decided to move back home to BC where I find the mild climate more agreeable!

So far in my studies in Art History I’ve had the privilege of learning about many past and contemporary Canadian artists. One of the things I love most about art is the power that it has to communicate with the viewers. Whether its a political message, or an artist’s personal story, art opens up opportunities for dialogue through what the art is communicating, and how the viewer receives, interprets, and responds to the message that is being communicated.

As this is my first upper-level English course I was a bit nervous about taking it on, but after reading the course blog more I was able to draw many parallels from what I know about studying art to what we will be learning in the class. As is also the case in literature, First Nations artists have often been excluded from what we have been told is “Canadian art”. We know of the Group of Seven, and Emily Carr as artists who were known for producing what is often held as quintessential Canadian art, but in order to really understand what Canadian art is we have to realize that the omissions speak volumes. I am grateful for the professors I have had who taught me to problematize the idea of a Canadian art that is predominantly white and male, and who exposed me to the works of many great First Nations artists! One of my favourite contemporary First Nations artists is Vancouver based Brian Jungen who uses his art to critique stereotypes and the appropriation of Aboriginal cultures. Check out his exhibition “Prototypes for New Understanding,” its amazing how he can take pairs of Nike Shoes and re-work them to resemble traditional masks of the Coast Salish people! 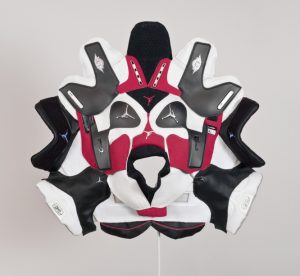 In this course I look forward to exploring literature as a different medium of storytelling than what I am used to with art, and I hope to expand my understanding of how European and First Nations stories and perspectives have shaped Canadian literature. I am always open to constructive feedback with my writing, and discussion, so please comment!