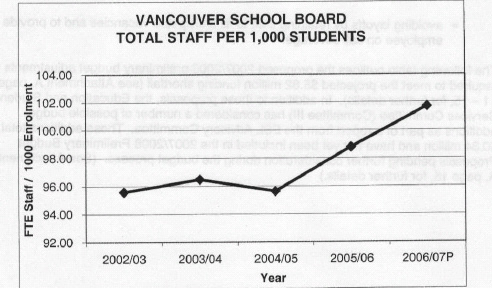 Changes to the School Act are a throwback to earlier decades.

Nowhere is the provincial government’s obsession with testing and assessment more evident than in the recently tabled Bill 20, which provides for the unprecedented appointment of four new ‘super’ superintendents of achievement to “inspect” the province’s public schools.

Overshadowed by the uproar over school fees the startling emergence of a new inspectorial regime, linked to student achievement, confirms, if ever a confirmation was needed ,that testing and assessment will ,if Bill 20 is passed in its present form ,relentlessly drive the BC public education system for years to come.
More than four decades ago Victoria ceded the right to appoint superintendents of schools to local school boards but here we are once again with Victoria-based superintendents of achievement being appointed to” inspect” and “direct” local boards and schools, all in the name of “student improvement”.

Unprecedented in Canada, this startling and heavy- handed power grab will have(despite the province’s claims to the contrary), a chilling and negative impact on both the quality of instructional programs and on school climates in BC’s elementary and secondary schools.

Under the act four (the act permits more) new ‘super’ “superintendents of achievement” will be put in place by the minister of education. With wide-ranging powers they will have the legislative heft to override local school superintendents and local school boards.

Local school board governance will take a huge hit as these, Victoria-knows-best, educational czars and the education minister issue educational “directives” and regulations to ensure what was formerly labelled school board “accountability contracts” now morph into newly designated student “achievement contracts”.

In case one is in any doubt about this pointed authoritarian switch by the provincial government, the four newly appointed ‘supers’ will have wide-ranging powers to inspect records, interview students and employees plus attend any meeting of a board.

And to make sure that nothing is being hidden from Victoria the act accords these powerful new bureaucrats onsite “powers of inspection” to “enter a school building, or any other building, or any part of a building used in conjunction with the school or offices of the board.”

If there is any lingering doubt about the real intention of this hard- ball legislation, note that the act further specifies:” failure of a board to comply with an administrative directive is grounds for the appointment of an official trustee “.In other words the board will be fired.

Alarms are already being sounded at a recent Vancouver School Board meeting by presenters about another key amendment in Bill 20 that allows the minister to create provincial schools outside the jurisdiction of school boards thereby opening the way for charter schools.

In recent closed door meetings with selected parents ministry of education officials made it very clear that they were discussing a new governance model for “demonstration schools” that was non-negotiable.

That such major changes to the School Act would be contemplated by a provincial government using an authoritarian, back door, approach mocks legitimate and necessary dialogue that should proceed the tabling of a key education bill.

Apart from the strictly structural changes in Bill 20, the pressing need to examine three key student instructional improvement components such as, the downward slide in ESL support, the growing wait lists for essential special education services, and the erosion of crucial professional development programs for teachers, remains unaddressed.

Anchored in distrust of our high performing public school system (as reflected in international assessments) this massive centralization of authority, plus the lack of public dialogue, undermines local school board governance. It will unquestionably create a chilling effect (as some provincial ESL audits have already done) with the advent of instructional czars descending on our schools.

The education ministry may talk a good line about “building partnerships”, “engendering co-operation”, “building capacity “ and “harnessing collective energy” but there is an unmistakable and undisguised iron fist in this velvet glove.

All of this is presented with amazing chutzpah– especially when many key instructional support issues are ignored– by the deputy minister of education in the official guise of “supporting” schools and school boards.

When one considers the new, million dollar, layer of powerful senior bureaucrats being imposed on schools, plus the implications of the introduction of provincial schools outside the jurisdiction of publicly elected school boards, there should be a strong push to have these two elements deleted in their entirety from this new bill.

For starters, certainly, those four new, ‘super’, superintendents of achievement have got to go with other changes to follow.

————————————————————————–
Noel Herron is a former school principal and Vancouver School Board trustee. This article is published in the Vancouver Elementary Teachers’ newsletter “VESTA NEWS” currently arriving in schools.