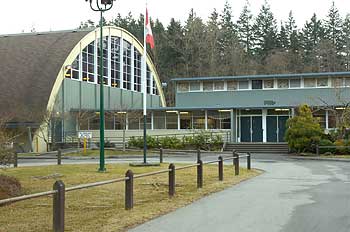 The new Vancouver board of education voted last night to hold a special meeting Jan. 7 to discuss the Foundation Skills Assessment (FSA) and the planned BCTF boycott.

Board chair Patti Bacchus said the board will be looking for input from stakeholders, such as employee groups and the district parent advisory council. Following the meeting, the board will decide whether it should take action.

Bacchus recalled that one of her predecessors, Adrienne Montani, sent a letter to parents several years ago advising them how to withdraw their students from the tests. “That may be something that we can consider,” Bacchus said. “I don’t know at this point because we haven’t had those discussions.

VANCOUVER, December 15: In response to the recent BCTF referendum re member participation in provincial Foundation Skills Assessment testing and to the BCCPAC ‘Parents Support FSA Testing’ Media release of December 12, Vancouver District Parent Advisory Council chair Gwen Giesbrecht has stated that “there is a DPAC policy in place in regard to FSAs, and our previous stated position is that parents do have the choice of having their child participate or not”.

Vancouver is a very diverse school district and parents hold a wide variety of opinions. In a letter sent to Grade 4 and 7 Vancouver parents last January prior to February FSA testing, Vancouver DPAC wrote that “It is the DPAC executive’s opinion that it is up to each family, considering what they know about their student(s) and think is in their best interest…” to decide whether or not their children should participate.

Vancouver DPAC believes that the British Columbia Confederation of Parent Advisory Councils, as the recognized voice of B.C. parents, has the responsibility when making public statements to acknowledge that not all PACs and DPACs belong to BCCPAC and that those PACs and DPACs who do belong are not unanimous in support of BCCPAC’s positions.

We discussed the FSA and the letters at our January 10th executive meeting. The DPAC executive is not taking a position on whether or not your children should write this test. But we agreed that we want to make sure that parents understand their options.

Should you want your children to participate in the test, you simply need to ensure that they are at school on the days the various sections are given. Written permission is not required.

Should you decide you do not want your child to participate, in accordance with the Ministry rules included in your letter from Superintendent Kelly,
• You should write a letter in your own words explaining the reason you are requesting that your child(ren) not write the test;
• Your reason may be a “family emergency, a lengthy illness or other extenuating circumstances”.

It is the DPAC executive’s opinion that it is up to each family, considering what they know about their student(s) and think is in their best interest, to decide what constitutes “extenuating circumstances”.

If you decide you do not wish your child to participate in the Foundation Skills Assessment, we encourage you to let your principal know your reasons in writing as soon as possible so that the principal has time to “notify a parent or guardian if they intend to excuse a student from participating in one or more components of the FSA” prior to the February 4 start date of the FSA testing.

If you have questions about the FSA, we, as does Superintendent Kelly, encourage you to discuss them with your principal/vice-principal.

Additional Information:
FAS Blog entries on The Report Card (J. Steffenhagen)
Past commentaries on the FSAs on this blog.

Patti Bacchus was sworn in last night as a new trustee on Vancouver’s new Board of Education and elected as the Chair of Vancouver’s Board of Education. Patti, a tireless parent activist, will lead the progressive Vision/COPE that brings together a combination of radical education activists (Bouey), community activists (Clement, Gregson, Wong), and former teacher unionists (Blakey, Lombardi). There are a lot of expectations for this board. All the best as your journey begins!

Kootenay Columbia school district ranks as a B.C. leader in aboriginal education in a study released today by the C.D. Howe Insitute. The district earned top marks because aboriginal students in its schools are doing better than expected based on socio-economic factors and school variables.

While Kootenay Columbia is at the top of the list, two districts in second and third place – Abbotsford and Okanagan Skaha – are given special mention for scores that are significantly higher than what could be expected.