Alberta’s oil sands are a major source of petroleum fuel. The petroleum exists as a thick and black oily substance called bitumen. 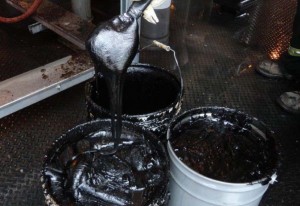 There is an estimated 170 billion barrels of recoverable bitumen in Alberta. But the bitumen is not easy to extract. It requires steam to separate it from the sand and results in large amounts of waste. Once it’s separated, it needs to be processed or diluted which requires mixing with other chemicals before it is shipped to other refineries. How is it shipped? One way is through pipelines.

What this means is that although Alberta’s oil sands deposits are situated in three areas of Northern Alberta, the oil itself runs a much further-reaching course.

As you can see in the picture below, pipelines weave through the province (and North America), carrying gallons of oil, chemicals, and pollutants underground, beneath our feet. 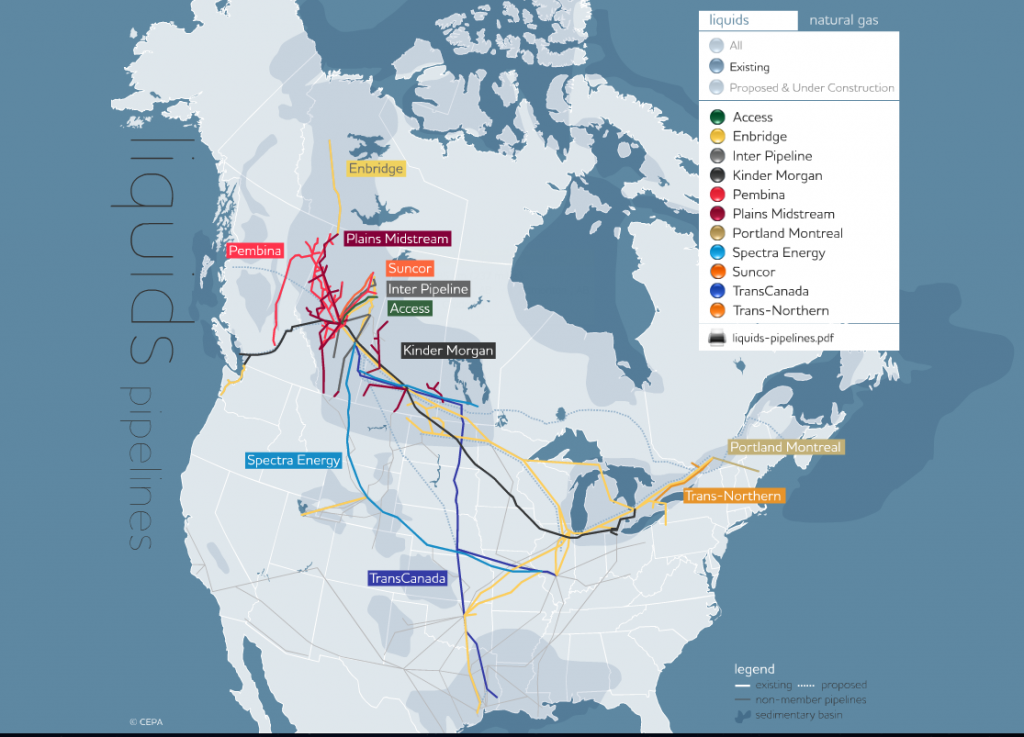 But they don’t often stay underground, as we all know, accidents do occur. According to a database by the Energy Resources Conservation Board and released by Global News, there have been an average of two crude oil spills a day for the past 37 years! This is a total of 28,666 crude oil spills and 31,453 spills of other pipeline substances.

Who is most affected by the impact of these spills? Particularly in Alberta, First Nations communities such as the Cree, Dené, and Métis people reside near the tar-sand deposits and along the Athabasca River where they are exposed to toxic contamination downstream from the oil reserves. These aboriginal groups subsist on fish and wild game, which put them at risk of consuming high levels of toxins accumulated from top-tier species. River pollution is an important issue as its affects spread and accumulate downstream. The North Saskatchewan River that runs through Edmonton contains from among other sources, pollution from gas extraction and processing.

Environmental (in)justice is the idea that there is an unfair environmental burden that certain groups of people carry. They are more exposed to the environmental consequences of production and consumption sectors, of which they have less of a share in. Often these disadvantaged communities are areas of high concentrations of low income, education, and wealth. Environmental justice can also be an issue of race or environmental racism.

The aim of this research project is to analyze the Alberta oil sands from an environmental justice perspective using GIS spatial analyses. Using geographically weighted regression, we try to quantify the relationship between socio-economic and racial factors to incidents of substance release by oil and gas companies in Alberta with a focus on Edmonton. Can GIS be used as a tool to analyze and understand the extent of environmental injustice in the Alberta oil sands? As well, we explore the complications that arise with using spatial analyses to evaluate environmental justice.