While Belyaev’s domestic foxes are amazing in their unique behaviour, the notion of foxes as common household pets remains a concerning one. While it may be possible to keep a fox in captivity and provide them with the appropriate care and environment to promote good welfare, there are so many variables that may put them at risk.

Possible aggression from ranched foxes due to improper or late socialization (or just plain aggressive personalities) may result in unnecessary euthanasia. Multiple levels of legislation from federal to municipal puts even Russian domestics at risk, and may also end in the seizure of pet foxes either due to ignorance or deliberate defiance of the law.

Finally, even the friendly-natured domestic foxes are highly active creatures who express behaviours that would be quite destructive in a normal household. Despite their affection for people, they make difficult pets that require a lot of special attention and care. In the wrong person’s hands, both the fox and the owner may suffer if they are unprepared.

It would be my recommendation that states that do not currently require permits and licensing for pet foxes adopt some degree of regulation so it can be ensured that anyone looking to own a fox is responsible enough to provide the proper care to ensure it may live happily and healthily in a captive environment. In addition, as so much of fox welfare is dependent on a good environment, regions that do allow pet fox ownership should also have solid requirements for their enclosures that must be met and enforced.

Their affectionate behaviour aside, I believe domestic foxes are still a long way away from becoming man’s next best friend, for their sake. 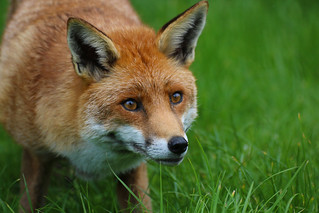