The many guises of mixed methods… 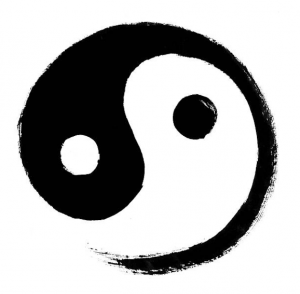 Mixed methods are used when there are two or more types of:

It is relatively easy to mix methods at the methods level, i.e., when the intent is to collect both quantitative and qualitative data. This can be accomplished within a single method. For example, you might use observation as a method and use an inventory to record frequency of behaviours, interactions, and so on. You could also record dialogue or take field notes occurring during this same observation. But this strategy may also mean using a method that generates numbers (likert scale item survey) and a method that generates words (oral history interview). 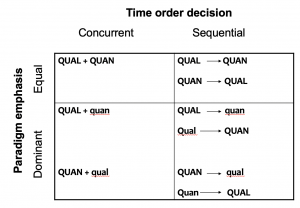 Mixed methods research wants to move beyond this simple distinction of types of data and the field makes an effort to elevate the idea to a methodology, even sometimes crossing the epistemological boundaries of objectivism and social constructivism. A research study that uses interviews and participant observation, for example, is now not necessarily considered mixed methods research. Whereas, a research study that uses hermeneutics and times series analysis would be a mixed methods study. These different contexts also suggest the “mixing” can occur at different places within the research process.

Feyerabend’s “anarchist epistemology” might also justify mixed methods, either within the same study or across studies of the same or similar phenomena. This is in the big picture a more dialectical approach, working iteratively across paradigms rather than necessarily combining paradigms.

In this article, Sommer Herrits’ illustrates two mixed methods (nested analysis and praxeological knowledge) approaches that operate at the paradigmatic level and result in substantially different emphases. I’ve included her summary comparison of the two approaches below. 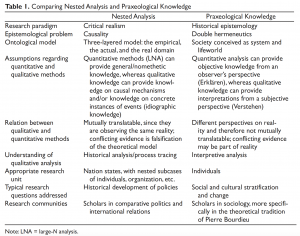 Here are some additional resources for further exploring mixed methods…

2 thoughts on “A very short note on mixed methods”