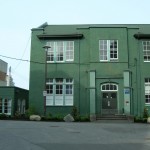 Where it all began… the old Arts One building

I received my a PhD in Political Science from UBC in 1995, and soon after was hired on a short-term contract in Arts One, a program that I knew well as an alumni myself, class of….?? I can’t quite remember. That contract has become the continuation of a very rewarding long term connection.

It’s hard to know whether Arts One appealed so strongly to me because of the essentially inter-disciplinary character of my research and teaching, or because Arts One turned my teaching and research on an inter-discplinary trajectory. Either way, I’m perfectly happy with the outcome.

UBC is organized around academic disciplines not programs so, while Arts One is my intellectual home-away-from-home, my permanent address  is the Department of Political Science. My formal training is in the area of International Relations and Political Philosophy and particular interests include the role of nationality in framing the theorization and teaching of International Politics, the connection between the spread of multinational corporations and the global prominence of American values/policy objectives, and the political dimensions of literary classics, whether or not these texts are explicitly characterized as political, or read within the official confines of a science of politics. I also have a special fondness for Shakespeare, and a keen interest in recent developments in Shakespeare criticism, and in particular the attempt to understand a number of his plays as a form of secret political discourse. 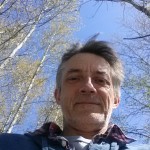