I would be done with modern story-spinners,

Weary am I, this night, of saints and sinners.” 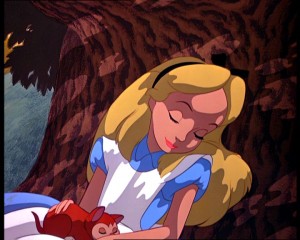 Although this course has given me endless food for thought, since the term’s beginning one question has continually resided in the back of my mind: ‘What is the city?’ Each text, in its own speculative way, poses as an answer to this query. As can be expected, there is no common agreement: is the city a reflection of our societal values? A glorified prison? A commercialized celebrity junkyard? A sprawling cyber network? A magnet for depravity and squalor? Even our own city, Vancouver, opposes definition due to its contrasting, multi-faceted, and ever-shifting nature. However, the thematic variance we have encountered in our texts combined with this description of Vancouver actually points to an answer: The city is fluid and adaptable.

In addition to changing conceptions of the city, another aspect of the course texts that has stuck out to me is the focus on dreams and dreaming; a fitting focus, since science fiction is a speculative genre that “dreams” itself into existence. Just like the differing cityscapes we encountered, dreamscapes and the act of dreaming have been approached varyingly, from Neuromancer’s “dreaming real” to Perdido Street Station’s dream-sucking, nightmare-inducing slake moths. Although seemingly detached topics, I feel that a connection can be made between the multiple representations of dreaming and the idea of “what” a city is. After all, dreams are also fluid, ever-changing, and adaptable; in this vein, I propose that the city is a dream.

To explore the dream/city, I will draw examples from some of the texts we have examined so far that refer to dreamscapes and, in turn, comment on different aspects of the city. Here’s an augmented example:

The City Dreams for Us

In We, D-503 dreams up what the city excludes: color, oozing mess, mysticism. He states that dreams are a “serious psychic disease,” a term which the reader knows also characterizes the society encased by the glass city itself. Here, I argue that the city is the real dream, i.e unsustainable, acknowledged by the One State’s desire to remove “fancy” (the ability to dream) from its denizens’ minds, in part by covering everything in glass (which leaves nothing to the imagination). If the citizens don’t dream, then the false dreams of the city can continue to reign.

Some other ideas I plan to explore in this way are the city as reflecting a dream’s amalgamation of nonsense (referring to Patchwork Girl), the city as “dreamland” (looking at Koolhaas’ history of Coney Island) the city as nightmare (using Perdido Street Station), and the city as the thin line between dream and reality (referring to Neuromancer). Overall, I hope to draw attention to a few different aspects of the word “dream”, eventually coming to a cohesive whole, a patchwork of my own, which composes a new way of conceiving the “city”.

One of my favorite “dreams” from the course:

However, the continual focus on dreamscapes might draw attention away from the equally important idea that the city is fluid. In order to keep these ideas constantly linked, I will provide photographs of Vancouver that exemplify whatever subcategory of the dream/city is being explored. This way, I’m not only able to use Vancouver as an example of how the city is adaptable (since the photographs will reflect varying texts and themes), but may signify the visual nature of dreaming. 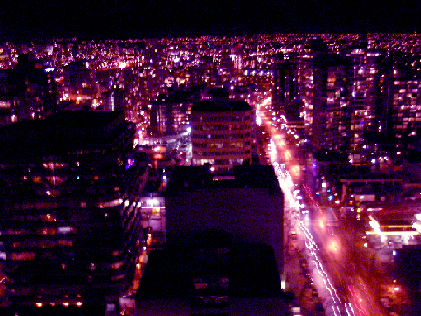 2 thoughts on “Writing and Dreamshit; or, A Modest Proposal”