The British Columbia government recently made changes to the rules governing the Agricultural Land Reserve (BC Gov News).  Chief among these is allowing ALR property owners to have secondary accommodation that is not restricted to be used for farm help or family housing.  The press release suggests that this is meant to help farmers.  Does it? 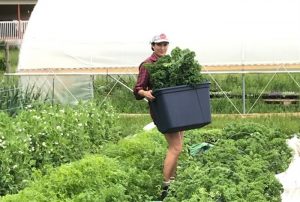 Here in the Okanagan we have quite a history of rapidly increasing property values.  These are largely driven by the rapid population growth in the region.  Our economy is heavily dependent on continued development of land with new housing to accommodate/attract immigrants to the area.  What will this policy change do to the price paid for agricultural land?  What will it do to the likelihood that land owners will lease their land to farmers?  What will it do to the rent that those owners expect to get for their land? 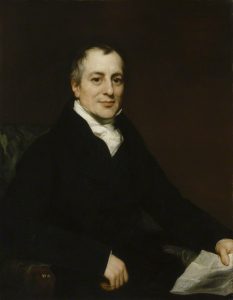 by Thomas Phillips, oil on canvas, circa 1821

Economists have long studied the factors that determine the price that can be commanded for a piece of land.  David Ricardo noticed that land owners are monopolists with respect to the land they own, able to charge up to the amount a prospective tenant could get by farming ‘free’ land at another location (Law of Rent).  There is no free land left in most of the world.  Ricardo’s insight has evolved into the recognition that the price of a piece of land is not based on what it is used for, but what it could be used for.  This is the principle of ‘highest and best use’, which is used by BC Assessment to come up with an estimate of the value that a piece of property could be sold for (Highest and Best Use).  While assessed values do not exactly predict the price that any property trades for, they are on average not that far off.

BC doesn’t have a lot of agricultural land, and most of it is located near urban centers where development pressures are high.  The purpose of the agricultural land reserve was to protect the ability of BC to provide at least some contribution to provincial food sovereignty.  Why BC should strive to produce some share of its food needs is a topic of debate, which I have explored in several other posts (Kelowna’s Agricultural Plan and subsequent posts).  That we have an Agricultural Land Reserve with broad popular support suggests that many in this province do want to see agriculture continue in and near their communities.  Taking this as given, my question is whether the policy changes to the ALR do in fact help strengthen farming. 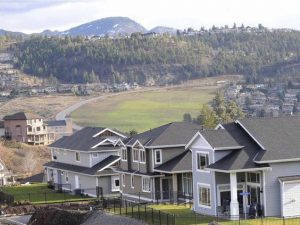 The ALR restricts what land owners can do with their land.  These restrictions, in many parts of BC, prevent land owners from ‘growing’ the most valuable crop, houses.  To be fair to owners of land in the ALR, BC Assessment assesses agricultural properties that are being used for agriculture at a value roughly consistent with the value of the crop that land can produce.  That means that property owners who have their land farmed – by themselves or leased to others – pay less, sometimes far less, in property taxes than non-agricultural property owners.  These properties typically sell for far more than the assessed value.  Land that has the potential for future development will sell at a price reflecting this potential.  Land that has an attractive location for a country estate will sell based on this value.  Land sells at the value of the services the land provides that can be captured by the owner.  This value would include the rental income that can be generated from the property, not the rental income that is actually being generated.

For pretty much the entire history of the ALR, owners of agricultural land have argued for adjustments that would increase their ability to generate income from the land they own.  These arguments have typically been framed as changes to help farm families.  Some changes, such as allowing enterprises that increase the value of what is produced on the land – farm retail, wineries, cideries, etc. that use products produced on the farm – would seem to support farming.  The value of these options will depend on the ability of the land to produce the crop.  However, the current change doesn’t do anything to increase the value generated by the crop.  If anything, it makes crop production more costly. 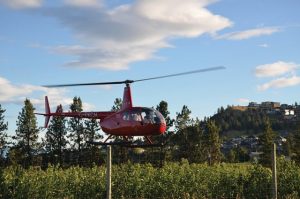 Allowing rental housing to be built on agricultural land increases the income earning potential of that land, and will therefore increase the price at which that land trades.  It will encourage land owners to build houses on agricultural land.  It will encourage land owners to change the agricultural practices (crops grown, how the crops are grown, etc.) on their land to maximize the value of the rental income they can earn.  Farmers renting land for agriculture typically pay annually less than what a tenant of a small rental home pays per month!  Agricultural parcels will become more expensive.  Less land will be available to farm.  Land owners will pay more attention to the undesirable aspects of the agriculture that could be practiced on their land, which might reduce their ability to earn rental income (e.g. frost fans, spraying, helicopters, etc. associate with growing cherries).  Farmers who own the land will benefit, through a higher price that they can sell their land for, and earning rental income before doing so.  Farmers who don’t own the land are likely to be worse off, with less land available to farm and more restriction on that land.  Since these changes don’t increase the value of what is produced from the land, while increasing the price of agricultural parcels, it will take longer for young farmers to earn enough by farming to become land owning farmers.  The trend for farming in the Okanagan becoming a ‘hobby for retirees’ will continue, as those who can purchase farmland will have to bring money from somewhere else to afford to buy the land.

If our goal is to support farming, then we should look at the needs of farmers, whether or not they own the land they farm.  Farmers invest in the productivity of their land.  Some crops require large up front investments and years before any revenue is generated.  Even annual crops rely on good soil management, which requires investment in the ’tilth’ of the soil.  Certifying land for organic production requires years without conventional inputs before certification is granted.  Farmers require security of tenure if they are going to make these investments.  Owning the land is one way to get this security.  Long term leases are another way.  Long term leases put limits on what the owner can do with the land, and like the ALR generally, will reduce the price at which the land can be sold.  Perhaps a better approach to modifying the ALR is developing a modification to the tax system that encourages long term leases.  At present, the agricultural land assessment is based on a threshold for annual income from the land that must be passed to sustain status.  It has no connection to the length of time the land will be in agricultural production. 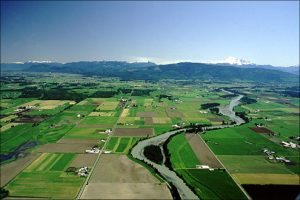 Would a point based property tax reduction system work for BC (or local governments in BC)?  Watcom County in Washington State has a point based system, where property owners earn points towards a reduction in their property tax bill based on open space ‘services’ they provide (Watcom County).  Perhaps we could adopt something similar – either provincially or by adapting legislation to encourage local governments to do so – where the points awarded include points for the land being in a long term lease to an agricultural producer.  Farmers who own their land would receive the full available points for the land they are farming, while owners leasing their land would receive points on a sliding scale, with no points for one year leases (pay same tax as residential), and full points for some lease length threshold (e.g. ten years).  In Watcom County, points are also awarded for providing environmental benefits and public access, something that might be a good idea here in BC.

The recently announced changes to the ALR are good for agricultural land owners.  They are likely to be bad for farmers who are not land owners.  Rather than focussing on what is good for land owning farmers, if we want to encourage farming, no matter who owns the land, we should focus on policy changes that support farming.