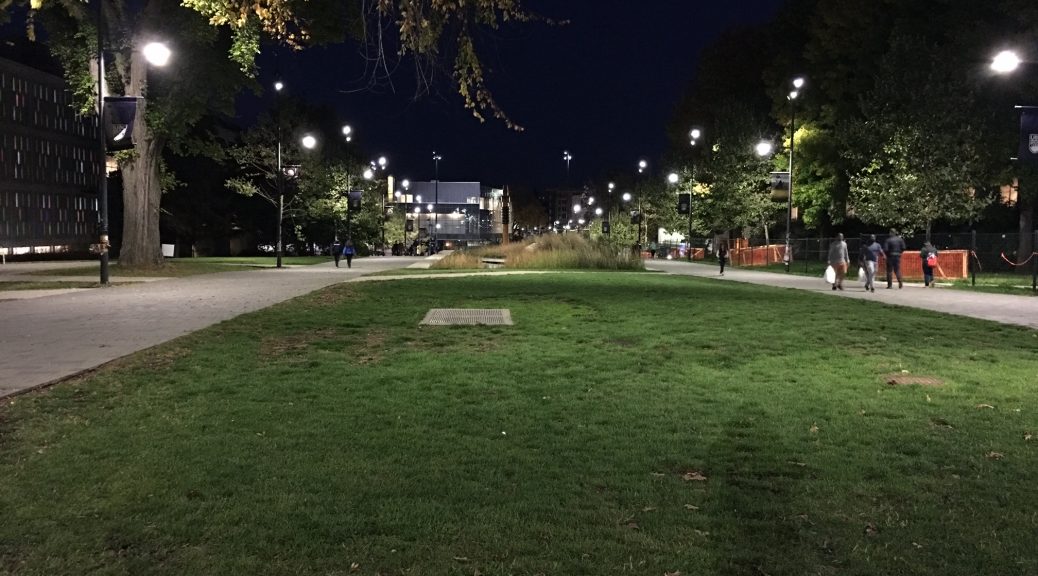 Welcome, everybody to the first ever episode of Eating with Strangers. I’m your host Cathy, and tonight’s featured event is the Harvest Feastival, which was as delicious as its name is punny.

Held on the first day of Autumn, the Harvest Feastival hosted hundreds of hungry guests, including UBC President Santa Ono and his family. Purchasing a ticket grants access to a six course meal, as well as several artsy after-dinner activities. Although the portioning was confusing for salads and entrees (is this tiny bowl really supposed to serve all six of us?!?), the dishes were delicious and visually appealing nonetheless, using ingredients fresh from the UBC Farm. The desserts were marvelous, causing a ten minute delay in their entrance to my stomach as everyone fought to snap pics for Instagram.

However, the meal would have still been largely forgettable if not for the social aspect. For those of you who bother with reading my blog, you would know that I take great pride in being completely and utterly antisocial. Therefore, the prospect of sitting at a table and sharing food with four other people (I managed to coerce a friend into joining me), did not give me the greatest pleasure. However, I was surprised to find how easy it was to form bonds (and Facebook friendships) during the evening, although the fact that photographers assumed we were all bosom buddies doubtlessly helped (seriously, though, I probably have more photos with strangers than I do with friends at this point).

The highlight of the event, though, was visiting the Morris and Helen Belkin Art Gallery, which was free with the Feastival wristband. I like to pretend that I understand art, and that I am more cultured than I really am, so wandering around an art gallery while murmuring mildly appreciative noises is my idea of a good time. The exhibits were fascinating, and, because I don’t want to spoil anything, I’ll just leave it at that. It’s definitely worth a visit on a rainy afternoon (and Vancouver gets a lot of those).

One thought on “Eating with Strangers”