I went to our experiment site with John on May, 26, 2017. Part of the road was still covered by snow, so the car couldn’t drive all the way there. Anyway, it was not too far, so we walked around 25 minutes to reach the plot.
Upon arrival, we was so surprised to see a small creek running through B1T1, from uphill of the T1, along the path where we entered in B1, and to the creek that is outside of B1. I realized that the sluggish response of soil moisture sensors to the rain event in T1 may be resulted from this depression area in T1.

​But soils in B1C and B1T2 were pretty dry,and not covered by much snow, which is totally different from soil conditions in T1.

Then, we were glad to see that all equipment were protected well, and that climate station worked well. Since the weather in Kelowna turned into Summer so abruptly these days, we decided to install equipment next week. I hope snows would be melt down completely at that time.
We were also glad to see that trees grow well in all the blocks including those that were inserted with sap flow probes, and they were much taller than those in the last year. I guess measuring tree heights will be a tough job….
Extra bonus: I found two footprints in the snow. Guess what animal they are? 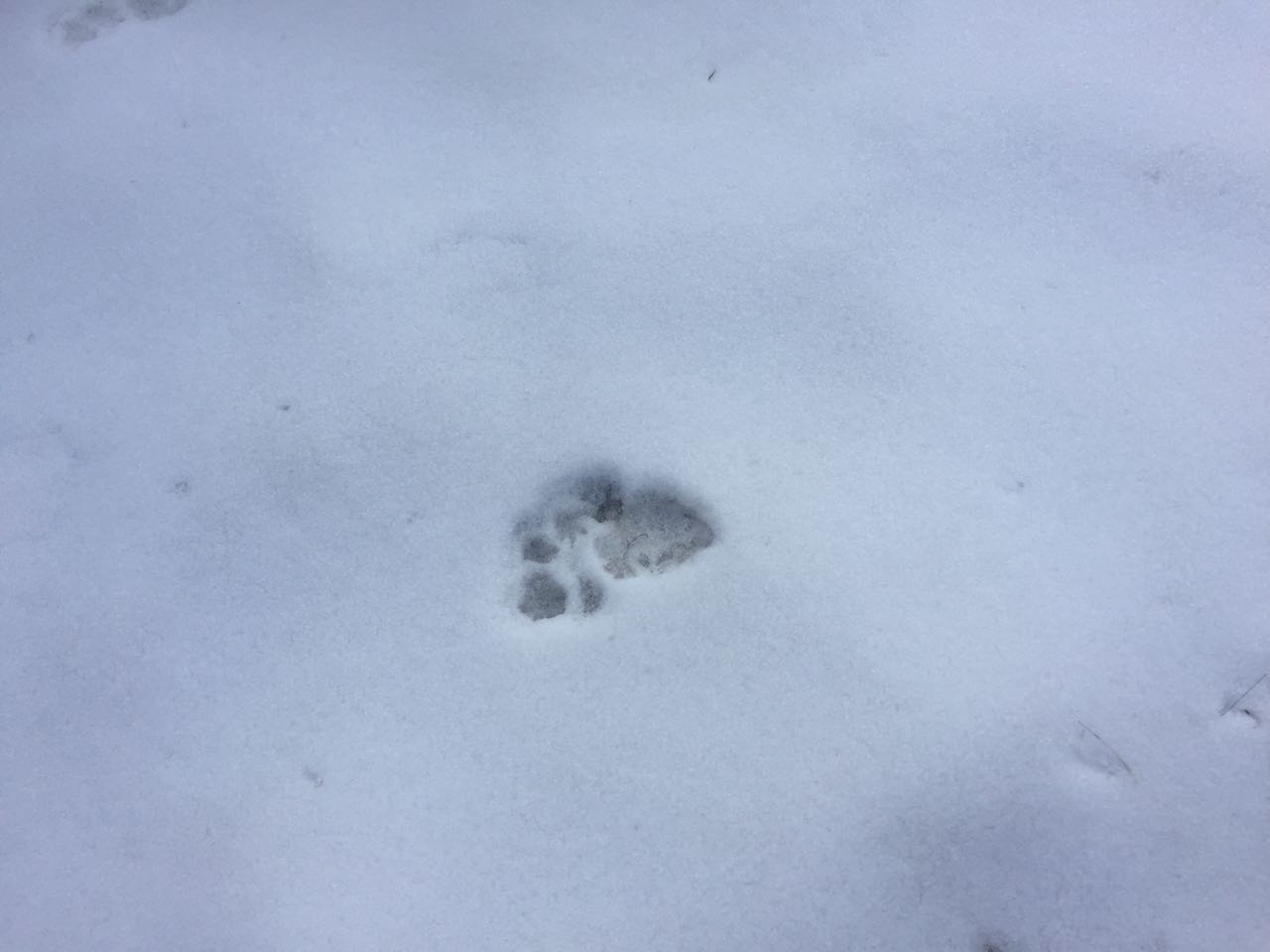 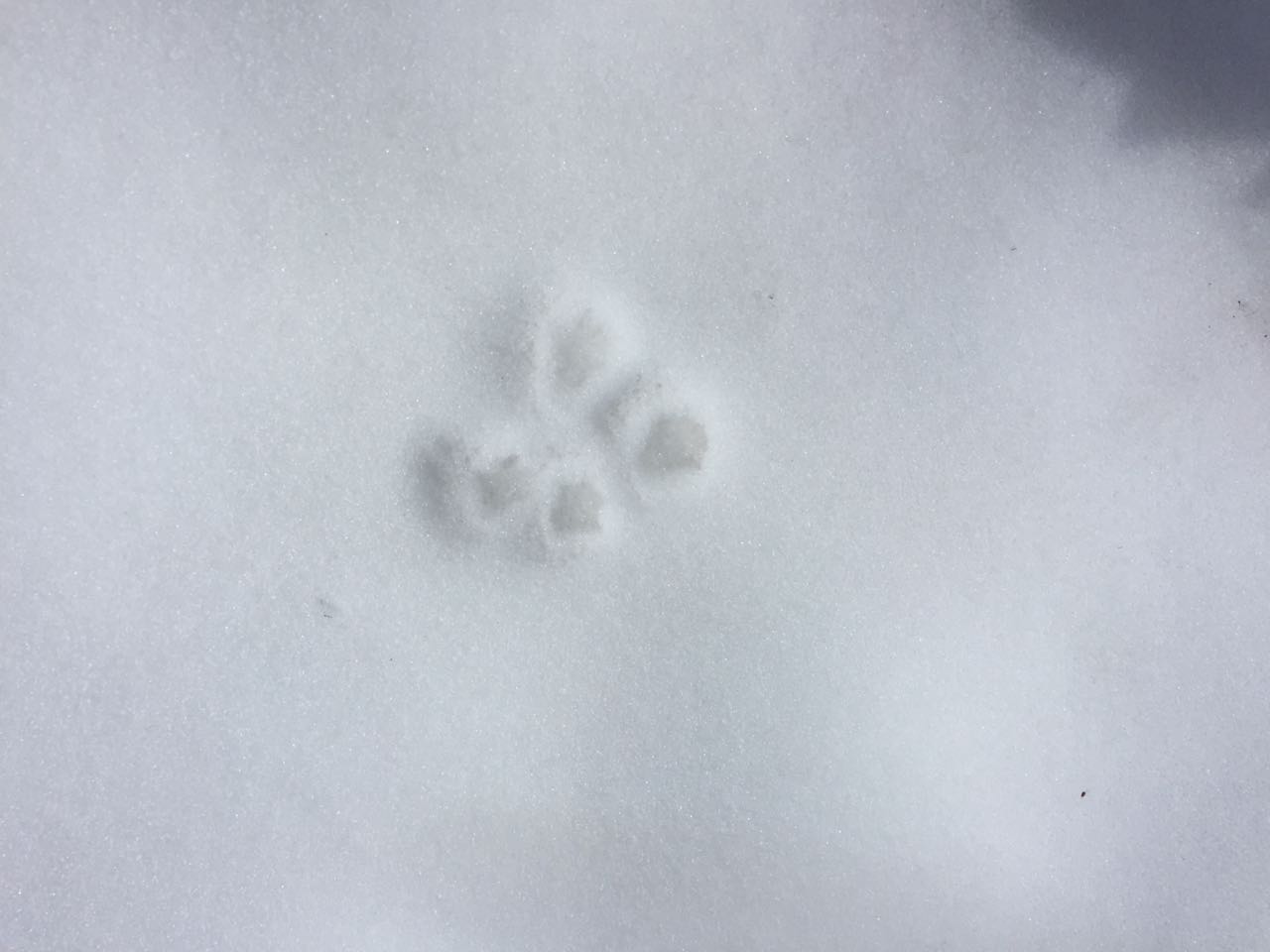