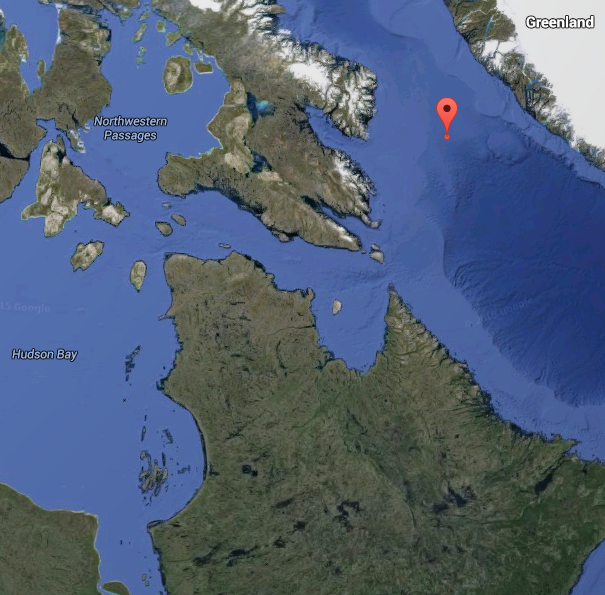 Our current location, west of Greenland

We’re rapidly nearing the Arctic Circle. On Canadian Coast Guard vessels, crossing the Arctic circle (and the other two major imaginary lines, the Equator and the Antarctic circle) is a bit of an event. For us on the Amundsen, it involves “meeting Neptune”, and doing a series of tasks to prove our worth to him. In practice, this means being branded with a trident (using marker) and being given a paper fish and a raw egg to keep safe. The fish are the subject of many attacks from the “children of Neptune” (those who have already crossed the circle), and the penalty for losing one’s fish is singing alone in the mess hall, or the bar (we have a bar – more on that later). Some of the scientists have taken to casually clutching their fish at all times, which seems to be an effective way to safeguard it. (My own fish was lost in a rapid series of events at the bar, and getting it back involved singing Czech folk songs to 40 people, an interesting experience I’d just as soon not repeat.) Meanwhile, most people have built elaborate boxes to keep their eggs safe. 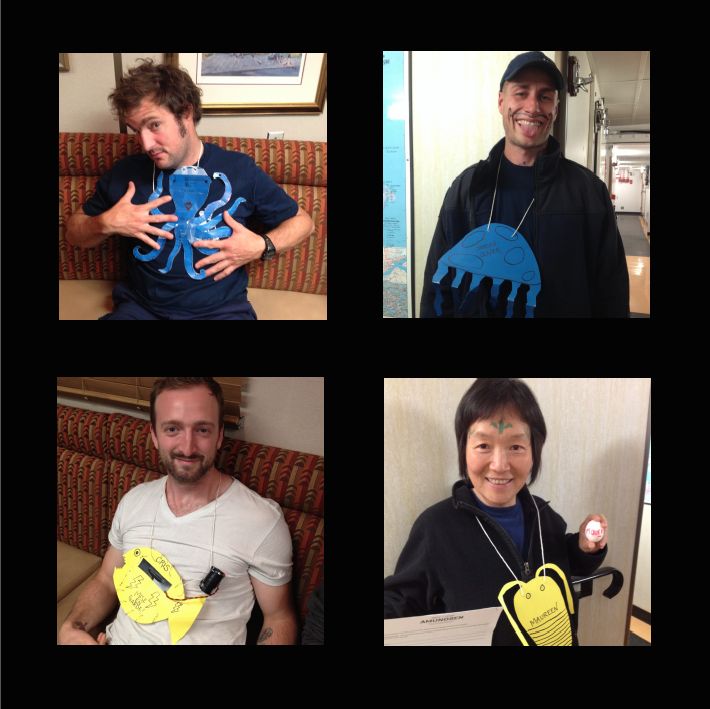 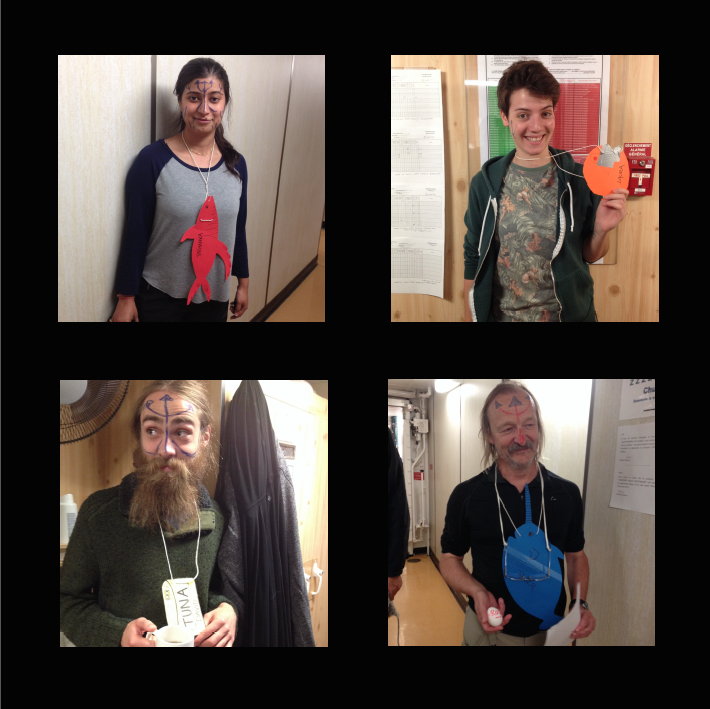 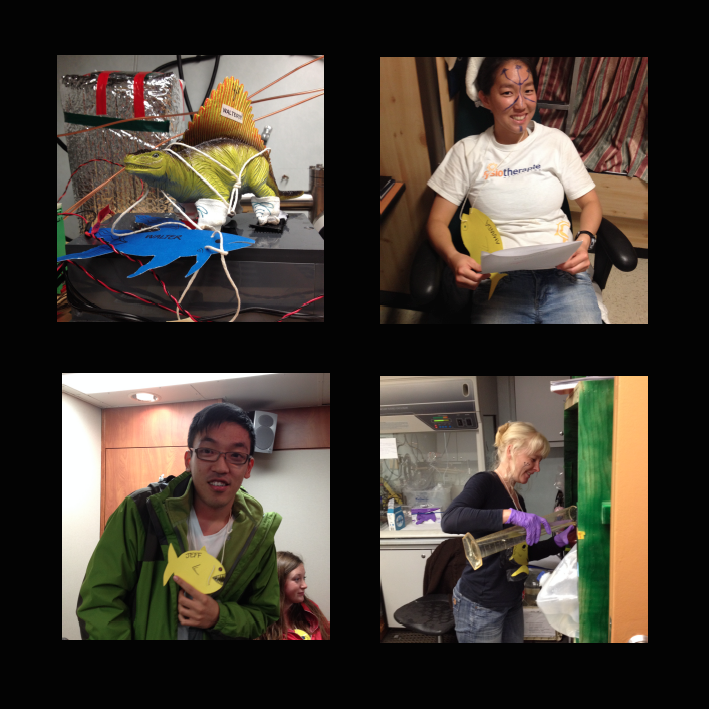 Scientists and crew sporting their fishy companions and (quickly) flashing their egg companions.

We’re on our fourth day of the egg-and-fish thing, and just as the novelty of it all is starting to wear a bit thin, I’m thinking about what it must have been like when Neptune was real. This is to say – though the sea still commands the utmost respect and remains a vast unknown in many places, there is no longer the understanding that there is a god with a trident at the bottom of it, sending storms at ships. Reading the mythologies of cultures from around the world, from the Musqueam people of the British Columbia coast to the farmers of northern Europe, it becomes clear that it was relatively recently that such gods and forces were considered real (and therefore, in effect, were real) –  not fairytales and “folklore” but critical landmarks in people’s understanding of the world. It must have been very different to sail then, into unknowns on wooden ships in worlds of sextants and tridents.

Well, in any case, we’ll be across the circle soon, and in the meantime, we’ve finished our second station, most eggs and fish intact. According to the weather maps, we may be into the ice tonight.