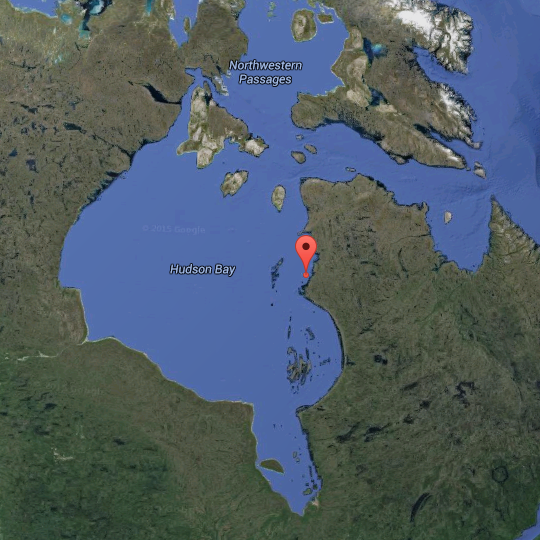 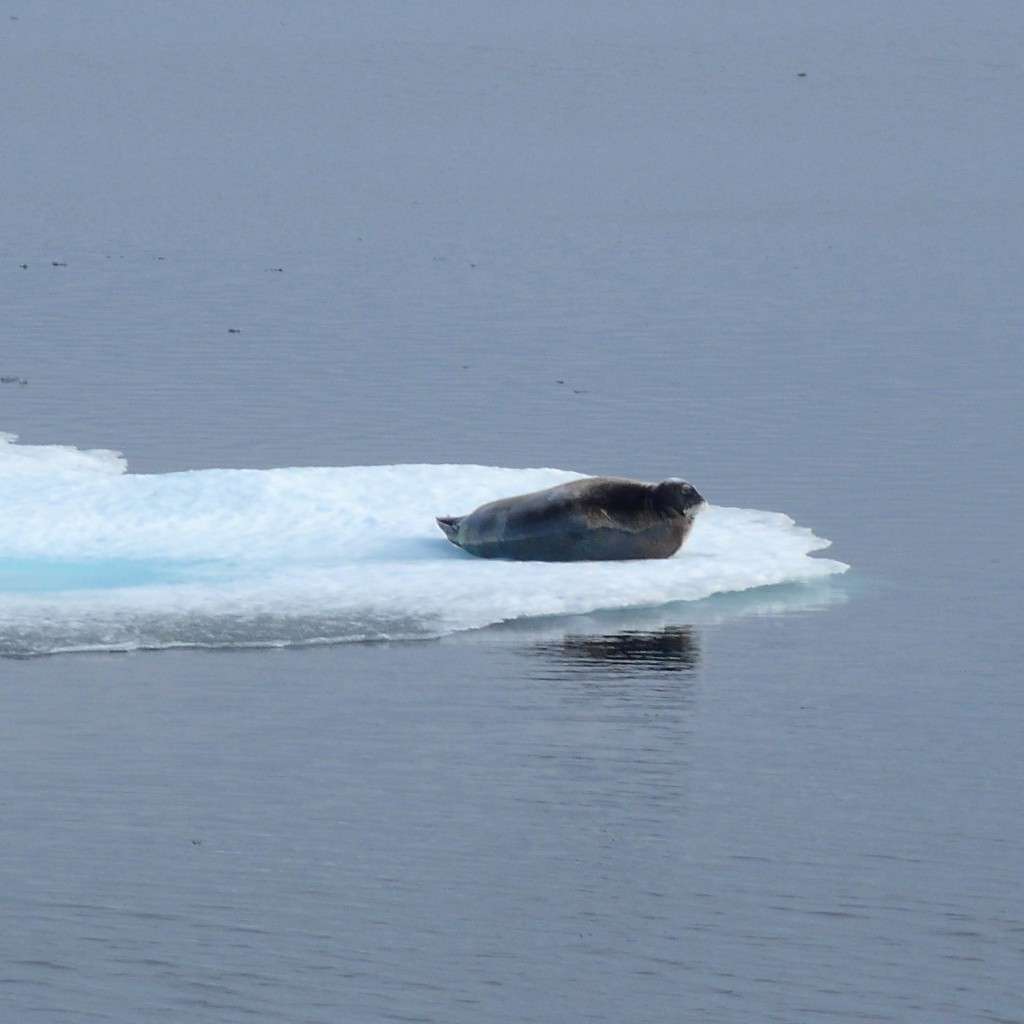 Well, we’re well and truly in the ice now. The noise that the prow of the ship makes when it breaks ice is a sort of deafening scraping, accompanied by unpredictable jerky movements. It’s fascinating to watch the smaller pieces of ice flip over when the ship hits them (the larger ones just get crushed). We’re still in the Hudson Bay, having escorted one ship and heading towards another (and the village of Inukjuak), and our scientific mission is still on hold. The Globe and Mail reported on the postponing of our science expedition here, with more context. 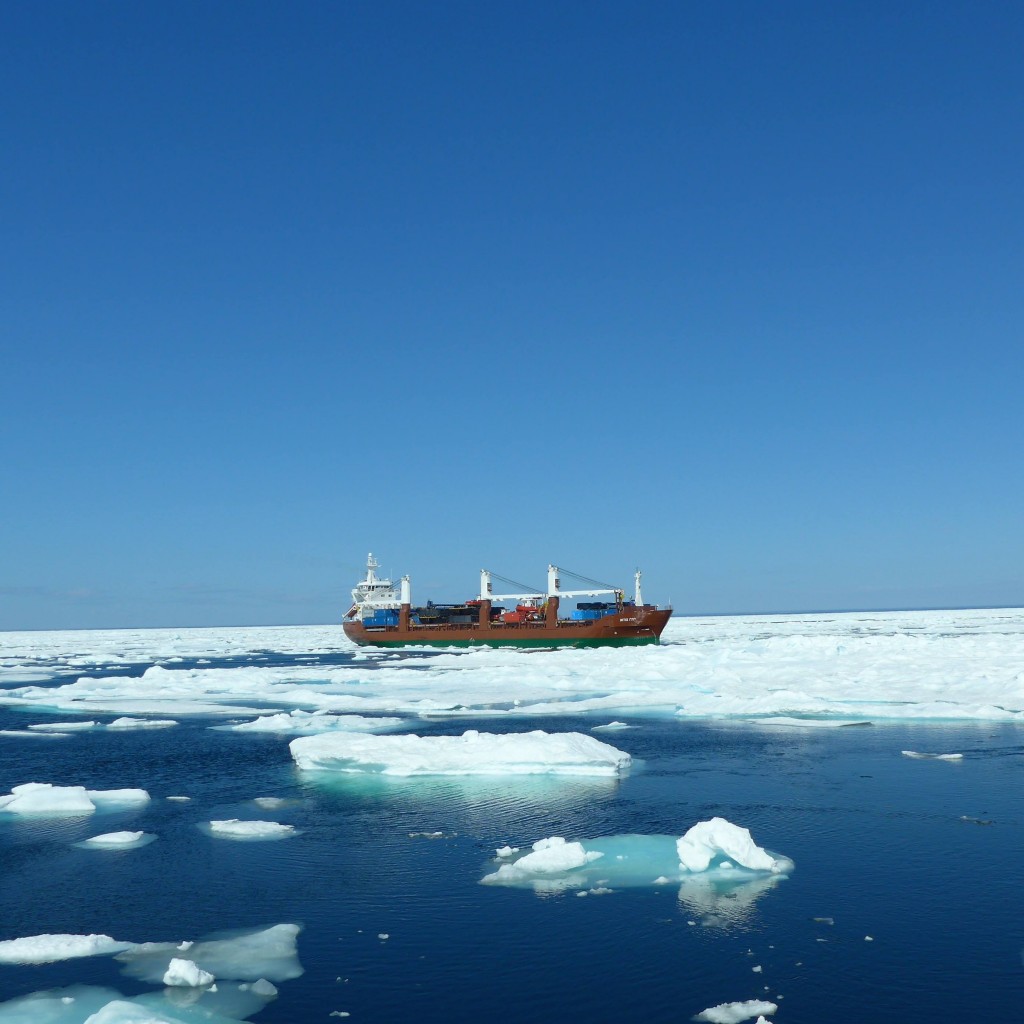 One of the stuck ships. Photo: Nina Schuback

There is a sense of disappointment on board – many of us have been preparing for our science missions for months, sometimes years, and their derailing is frustrating. However, life on the ship goes on. We are still doing several science projects – we are running multiple incubations, including one that directly studies the effect of climate change on Arctic waters, and taking data with several underway instruments. (Some of us are also spending a good deal of time fixing instruments.) 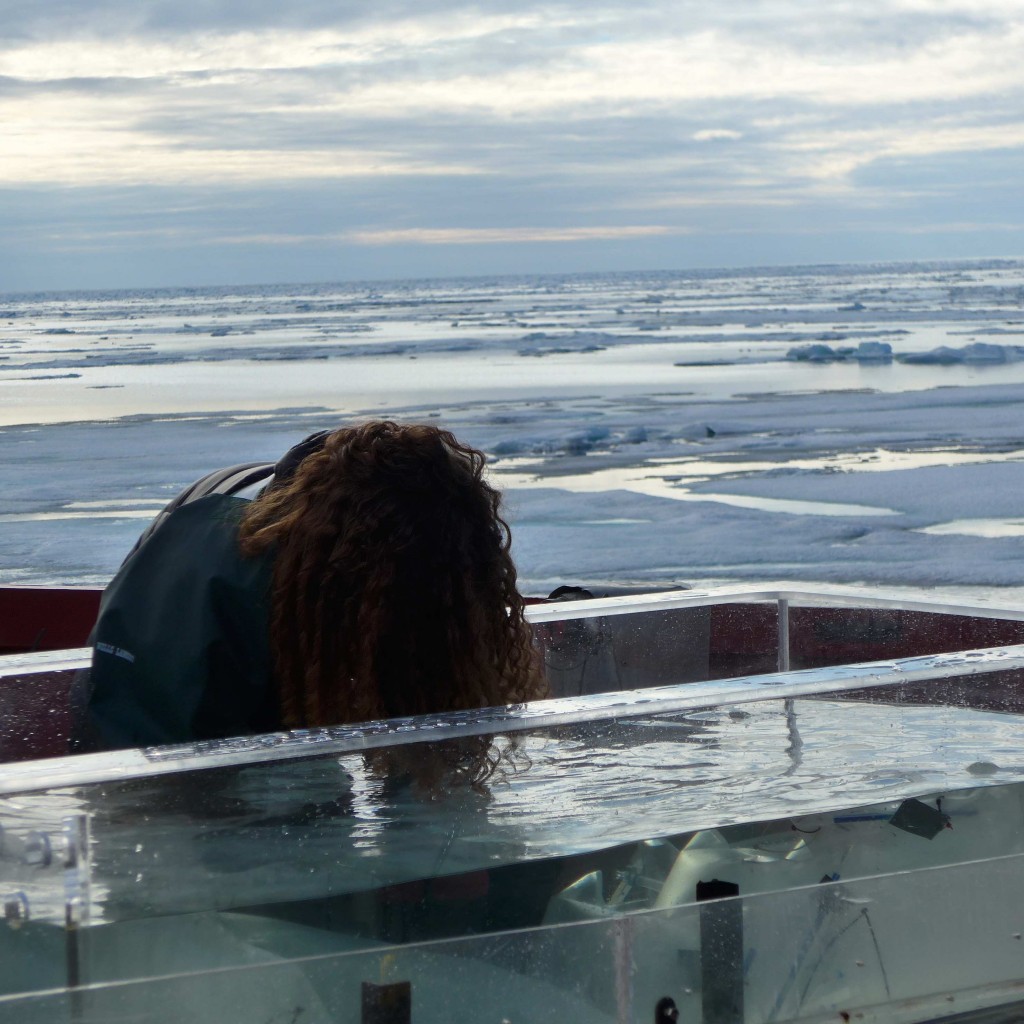 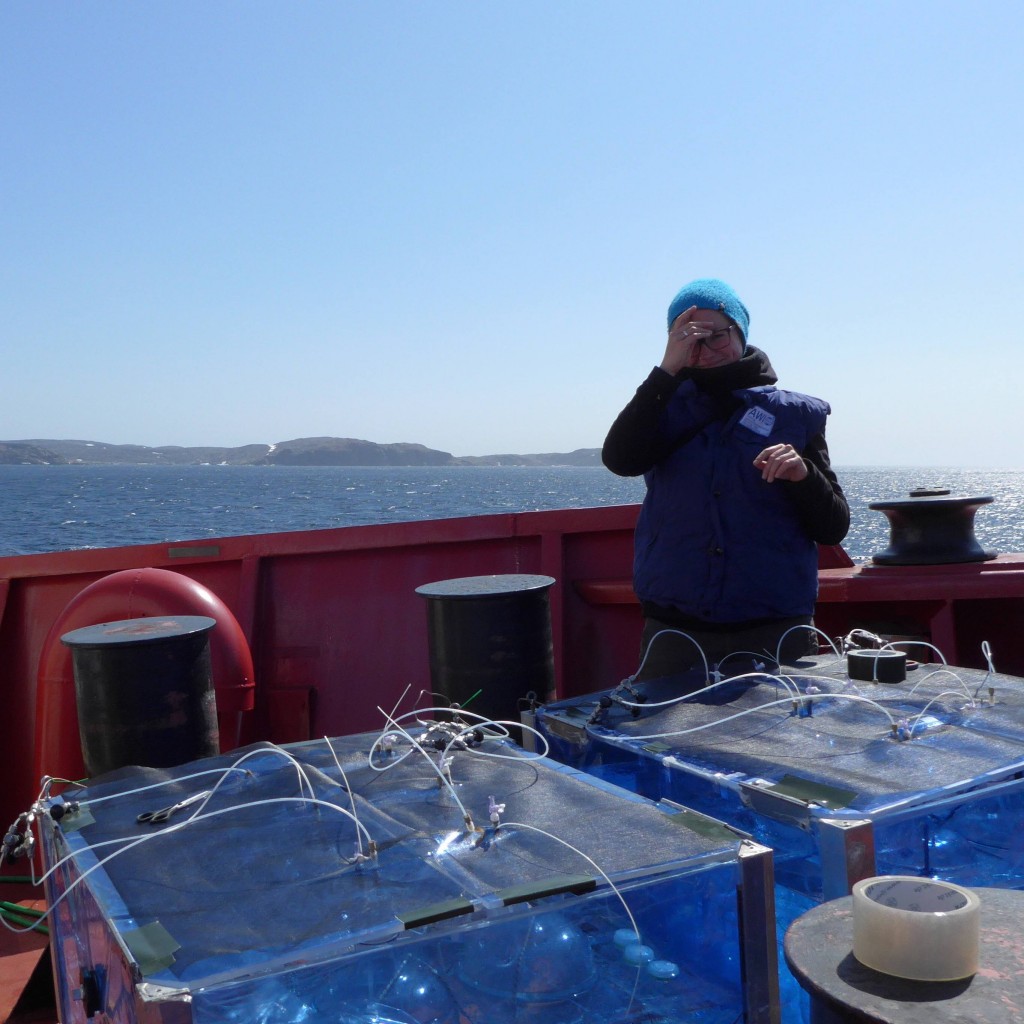 Meanwhile, we are settling into the rhythm of life at sea. In the absence of science work, the amount of cribbage and darts played has gone up dramatically. I finally feel like I’ve mastered the espresso maker (even in cappuccino mode!). We read, both for fun and for work. We go for runs and stretch to fight cabin fever. We make calibration curves, we process data, we write emails and proposals and papers. The scenery is, in a word, spectacular, but unchanging, so even as we move about, there are no landmarks to mark our position (someone saw a polar bear the other day, but only with binoculars, and in any case, a polar bear is an unreliable landmark). The flow of information is slower at sea – we check the Internet very occasionally, and for the most part, our world is the Amundsen. The one thing that remains is television, which is often playing in the crew lounge. This morning, several of us watched the Tour de France, and it was both brilliant and somehow very alien – in my case, cycling has been a huge part of my life for a long time, but now the concept of riding a bike up mountains in France seems surreal, like it’s part of a different world. 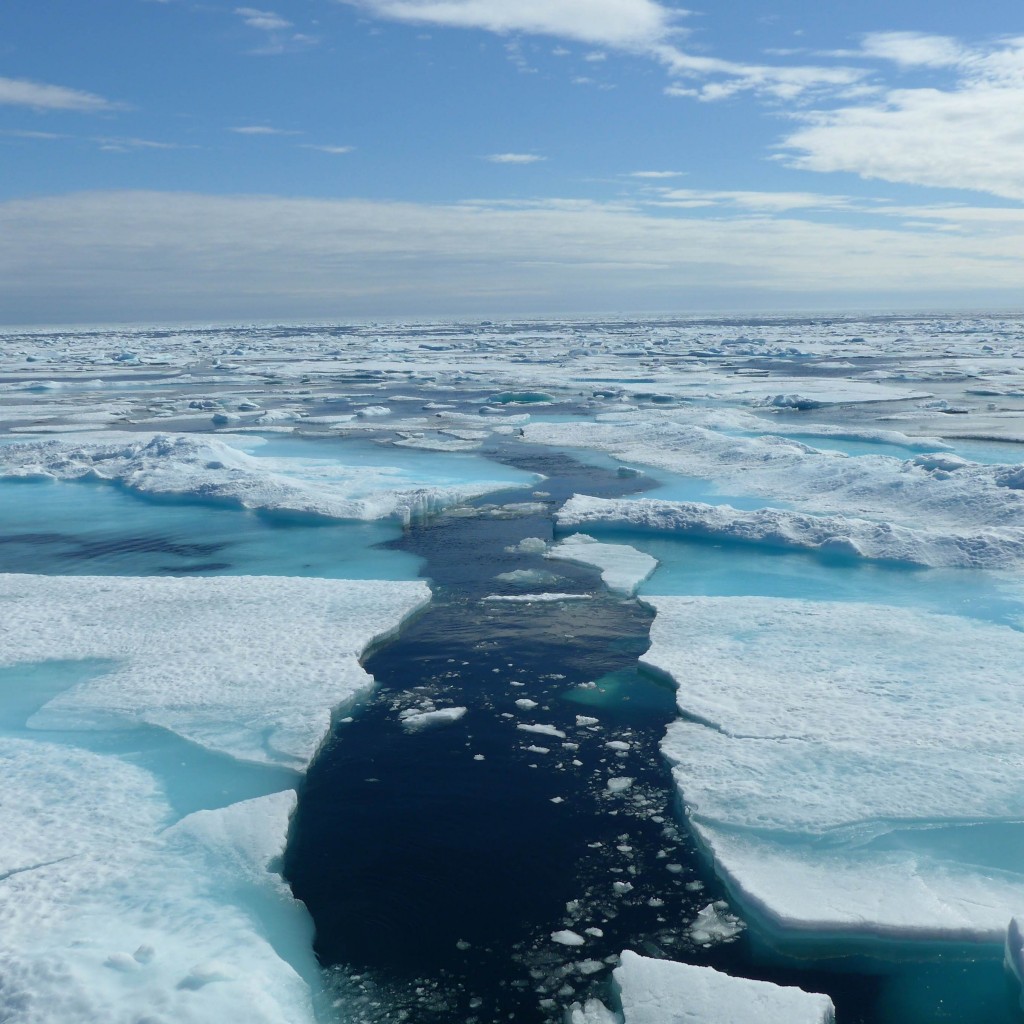