On January 14, I felt like I was opening a Christmas present. The box concerned, Pine MAT1 box 1, contained 90 seedlings of Pinus contorta, grown in a controlled climate chamber (1) under a simulated climate corresponding to Mean Annual Temperature of 1 degree Centrigrade for two seasons (2). 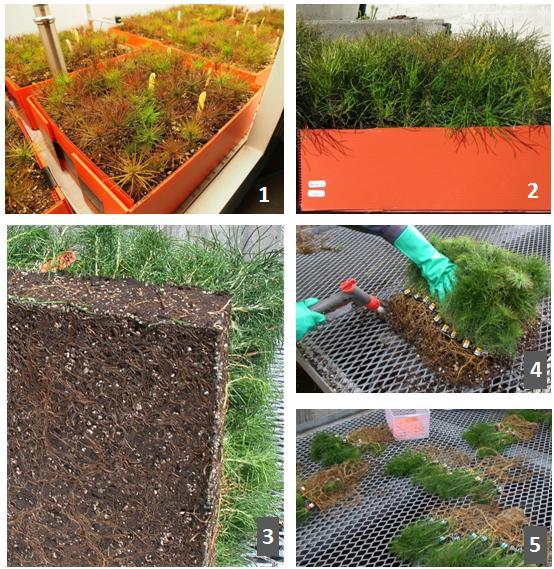 Previous experiments have revealed that, when plants are sown directly into boxes, after two seasons it is neigh impossible to untangle the roots, even after all the soil is washed away. They make for an interesting art display (6), but that’s it. One season is fine; two is impossible. 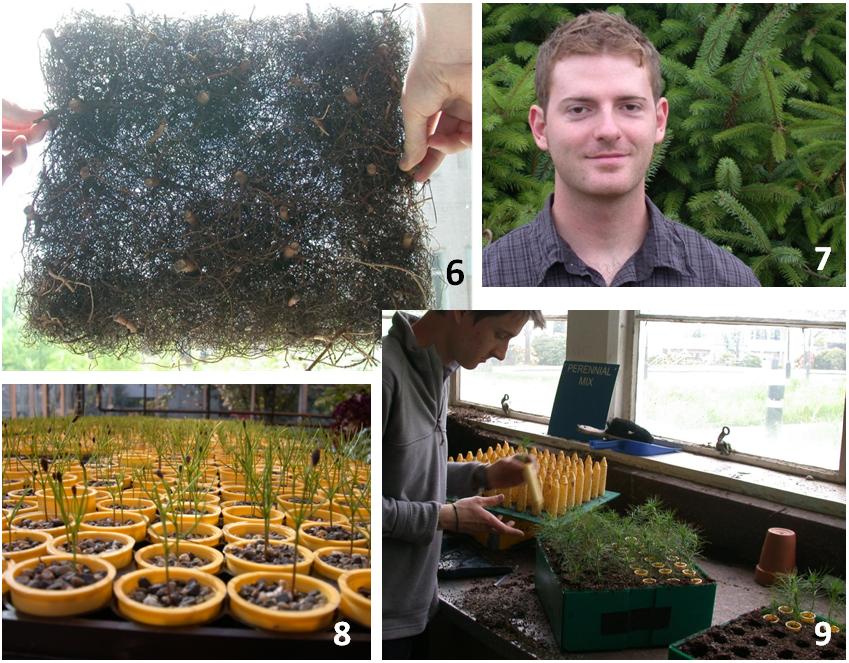 When clearing space in the lab and encountering the dried but as yet unframed root art, I told this story to Connor (7). It was late summer of 2011. Connor quickly put two and two together: wouldn’t we be heading for a similar problem in our present experiment? Which fact I had somehow failed to realize, in the frenzy of obtaining seedlots, stratification, and the hundred other things that need attention. So we sowed the seeds into individual ‘stubby cells’ (8) for the first season, and then planted those in our boxes (9) before the second season. Quite the effort, and no guarantees.

So, the question was, would the roots in box 1 of Pine MAT1 come apart easily under the force of my spray hose, or not?

Yesterday was only the first box, and an easy one at that (smaller plants), but I am very pleased to report that, yes, they did come apart easily (35 minutes). And so a huge stone has been lifted from my heart and a number slotted into the column ‘estimated time to obtain dry mass data for 64 boxes’, which is quite a lovely Christmas present indeed. 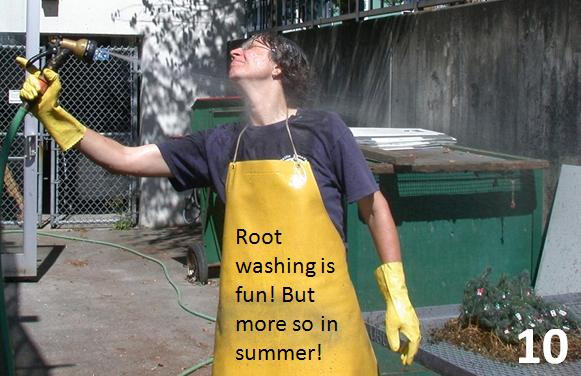