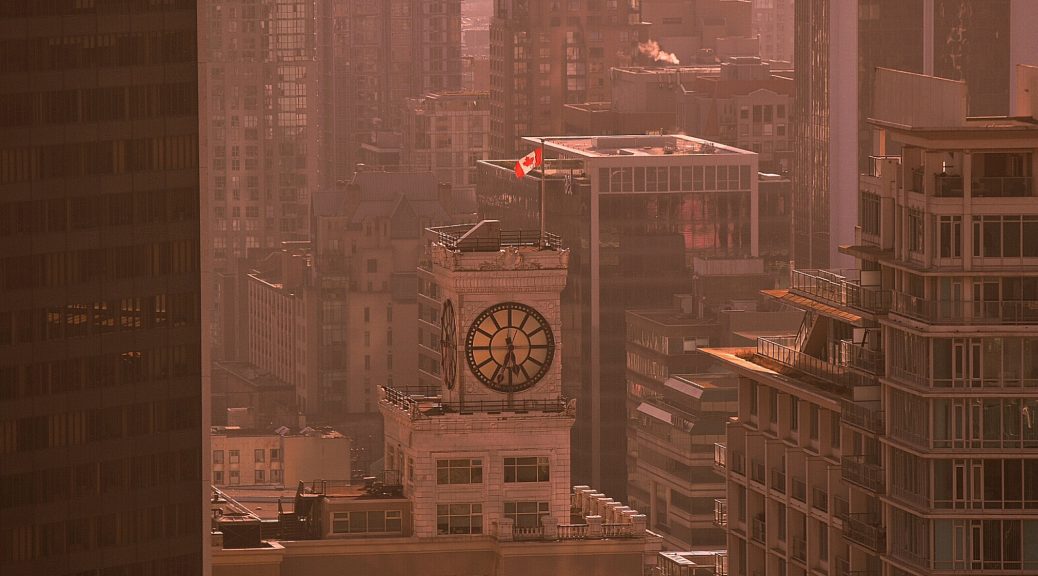 “In great cities, spaces as well as places are designed and built: walking, witnessing, being in public, are as much part of the design and purpose as is being inside to eat, sleep, make shoes or love or music. The word citizen has to do with cities, and the ideal city is organized around citizenship — around participation in public life.”
― Rebecca Solnit, Wanderlust: A History of Walking

I have always had a great interest in the way that cities and communities are designed and planned. The grandness of planning a system so large and intricate is as daunting as it is intriguing. My interest has been further inspired by my work defending minority groups, particularly those of the French-language community in British Columbia.

In British Columbia, the French-language minority has a constitutional right to receive a primary and secondary school education that is of equal quality to that offered to the English-speaking majority.

In order to offer equivalent French-language education, the French-language school board, the Conseil scolaire francophone de la Colombie-Britannique (“CSF”), needs to offer an educational facility that is substantively equivalent to that offered to the majority. The purpose of constitutionally protected minority language rights is to prevent assimilation of one of Canada’s founding languages and cultures, prevent further assimilation, and promote linguistic duality in Canada. In British Columbia, children eligible to attend schools of the CSF are those who quality under section 23 of the Canadian Charter of Rights and Freedoms, namely: (1) children who have at least one parent whose first language learned and still understood is French, (2) children with at least one parent who has received French-first language primary education (not French Immersion), or (3) children of parents whose other children have attended French-first language programming.

The CSF, a publicly funded school board, was formed in 1996 and began operating its programming in leased school facilities belonging to majority language school boards, sometimes in shared facilities. The CSF has since grown its student population from less than 1000 students in 1996 to over 6000 students in 2018 and offers programming throughout British Columbia. As such, the CSF needs school sites to build schools.In Vancouver, securing school sites has been particularly problematic for many reasons. First, according to Ministry of Education standards, a traditional elementary school site for about 350 children requires approximately 5 acres of land. With an acre of land averaging between 10 to 15 million in Vancouver, the cost of acquiring a traditionally sized site (approximately $50 – $75 million) and constructing an elementary school (approximately $20-$25 million) is exorbitant, and not an easily justified expenditure for a minority language school board. Second, historically, when school boards in British Columbia were first established, land for a school facility was either provided for by the City, Province or clergy or was acquired, or leased, for a nominal fee. Such arrangements, even for the provision of essential public services such as education, are along gone. Fortunately for majority language school boards, such as the Vancouver School Board, who was established pre-1900, it has a large number of large school sites, more than presently required in light of declining enrolment and lower birth rates. The Vancouver school Board will not, however, sell school sites (even to another school district) because it will be impossible for it to acquire another such school site in the future should enrolment begin to increase. Finally, school sites in new communities or developments are more likely to be reserved for the majority language school district, which works closely with the City to determine the needs of the majority, such as the projected number of children in a new community or housing development that will require space in new or existing majority language schools. It is much more difficult to project then number of students eligible to attend a school of the CSF.

The CSF has been trying to secure additional school sites in Vancouver since 2001. I have been on the case since 2010! Indeed, the problem is serious. The CSF’s École élémentaire Rose-des-Vents school in Vancouver is severely overcrowded. There is limited outdoor play space and no field. Inside the school, there are many makeshift classrooms without windows. There is no gym in the school. The library is too small to accommodate even one classroom of children.

The problem became so dire that in 2010, the CSF decided to sue the Province for, among other things, funding and assistance in securing a school site in Vancouver (and about 15 other communities across the province). After reviewing hundreds of thousands of documents, spending 238 days in court spread over three years, and submitting over 1000 pages in final argument, the CSF obtained a 1601-page decision on September 26, 2016.

The CSF’s claim in Vancouver was a complete victory. Justice Russell of the British Columbia Supreme Court ruled that:

“[3714] The biggest issue in Vancouver is a serious lack of available, suitable sites. What sites do become available are being sought by actors pursuing their own-self interest, competing for the small amount of land that exists. The CSF has pursued its interest in homogeneity. SD 39- Vancouver has pursued its interest in retaining properties due to potential need and the likely lack of suitable space. Municipalities have pursued the interests of majority citizens. Land-holding ministries have favoured the interests of a health authority and, problematically, and independent school” (Conseil scolaire francophone de la Colombie-Britannique v British Columbia (Education), 2016 BCSC 1764).

The situation regarding a lack of accessible and available school sites lead me to question what other needs are not being fulfilled because of a lack of suitable sites. Housing is a striking example and one that we are all familiar with. The need for green space is another. These questions became even more perplexing when it became apparent that there are in fact many vacant sites in Vancouver, both privately and publicly owned, that remain vacant for years or even decades.

So why are these sites not put to better use? To be continued…