Leadership opportunities are available for Teacher Candidates to volunteer at the UBC Girls’ Makeathon! This is an equity-oriented event for high school girls to learn how to make apps and have fun exploring maker activities with recycled materials and wearable technologies.

You need to be available to volunteer on June 17 @ the Makeathon. Also, we require that you attend a one-hour event planning meeting on May 16 (please share when you are available on the Google Form). No previous experience is necessary: we will train you! We will have a fun training session on app making, wearable tech, and the ADST curriculum. This two-hour training session will be coordinated according to the availability of our volunteers.

Our project team is committed to providing a respectful and empowering learning environment for high school girls. We have an inclusive view of the word “girl” and welcome trans, genderqueer, and non-binary youth at the Makeathon. We warmly welcome Teacher Candidates of all gender and from culturally diverse backgrounds. If you are interested, please fill out this Google Form ASAP: goo.gl/2d39XB 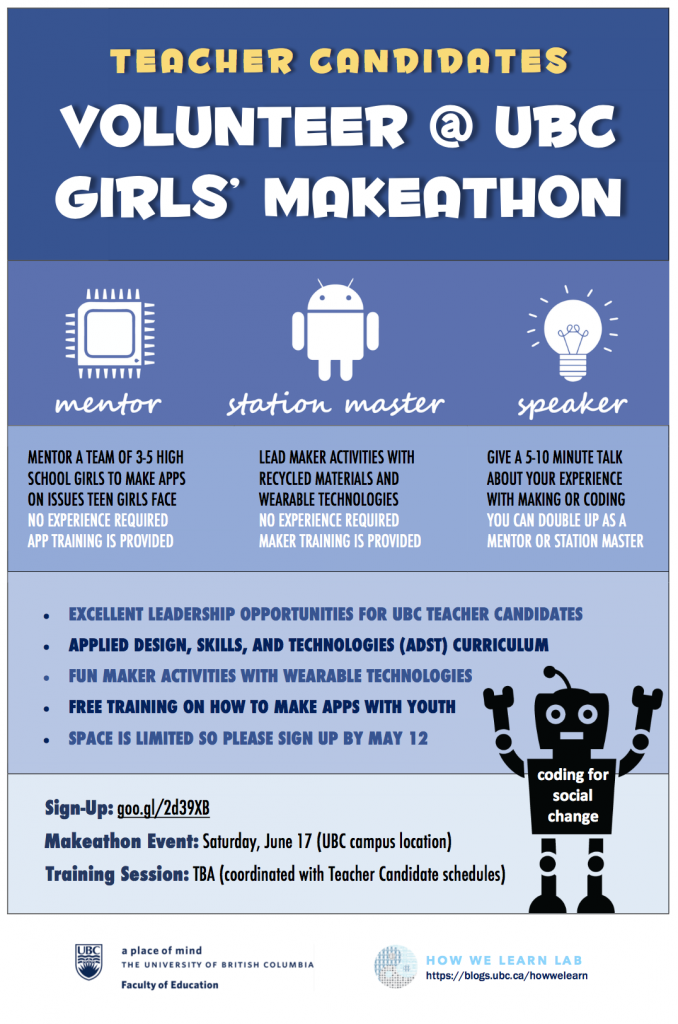 Why maker education is so important for our children 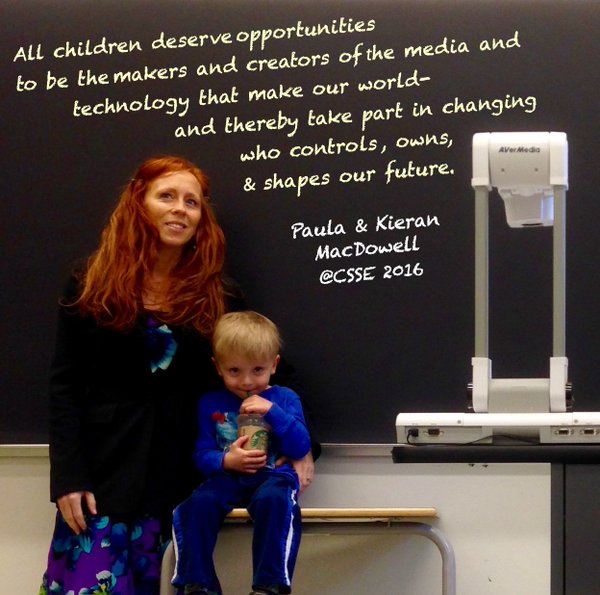 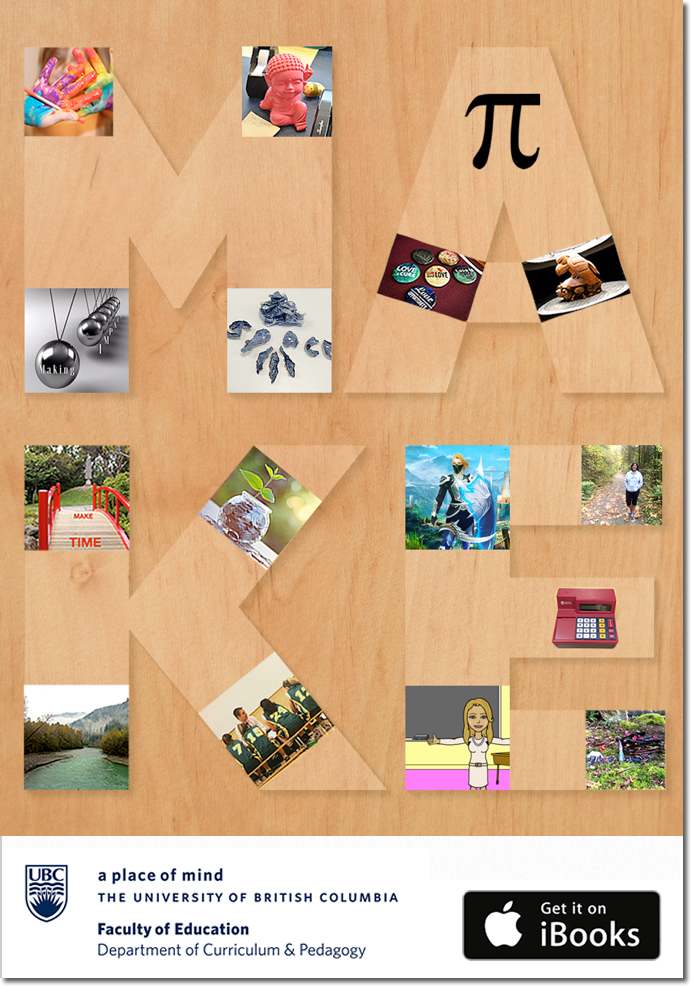 Sylvia Todd emerges as tween face of the Maker Movement

Shannan Younger, April 2013, Tween US— Sylvia Todd is a scientist, inventor, maker and host of her own online show, “Sylvia’s Super-Awesome Maker Show.” She’s also a tween face of the Maker Movement.  Also, she makes me feel like a slacker.

Sylvia has done a lot in her 11 years, but the past couple weeks in particular have been big for her. Not only did she win a silver medal in an international robotics competition, she was one of 100 kids invited to the White House Science Fair where President Obama tested out her robot that paints.

This is all in addition to her web-based “Sylvia’s Super-Awesome Maker Show,” which been viewed on YouTube more than 1.5 million times. You can view an episode of her show, which is now in its second season, above. This episode features copper etching but her 19 episodes have covered a variety of topics, including making sidewalk chalk, basic screen printing and squishy circuits that let kids experiment with electronics without soldering or electric shocks.

As the New York Times reports:

The seeds for the show were planted when Sylvia was 5, and she and her father attended the Maker Faire in San Mateo, Calif., an annual event organized by Maker Magazine that celebrates makers and their projects. Two summers ago, Mr. Todd began videotaping Sylvia’s demonstrations, as a summer project. “We just wanted to do something fun,” Sylvia said.

The Maker Movement is certainly catching on, as Sylvia’s viewership shows. The same Maker Faire that she attended many years ago in San Mateo drew 120,000 attendees last year. Last month, the White House hosted a Google+ Hangout to discuss the Maker Movement.

For more on the Maker Movement, check out MAKE Magazine and one of my favorite sites, The Maker Mom.

As for Sylvia, she told the Times that she’d like to be an astronaut  or an aeronautical engineer when she grows up, but if those don’t work out, she’ll consider becoming a comic book artist.

Is your tween a tinkerer or a maker?  There are a variety of maker resources around the country for kids, including the Tinkering Lab at the Chicago Children’s Museum.