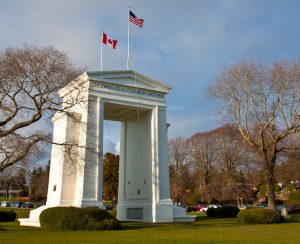 6.Write a summary of three significant points that you find most interesting in the final chapter of If This is Your Land, Where are Your Stories?

Reading If this is Your Land, Where are your Stories is a discomforting experience at first.  It commences with admiration of the stories being told, and then a moment of “What is the author trying to say”?  As the experience progresses, the reader is treated with J. Edward Chamberlin’s story of histories, duality, and parallels.  The stories that confront us with injustice in history (to say “the guests have not been very nice to the hosts” would be a gross understatement) and challenge theories people educated in the western tradition accept at face value.  The final chapter, “Ceremonies” in some sense eliminates that duality and equalizes the parallels.  It makes three significant points.

To begin, First Nation stories are not to be discounted due to their orality.  A story of a grizzly bear rolling down the mountain is not a romantic tale recounted around the fire, but rather it is history and evidence of a people’s relationship to their land.  The bear story belongs to the Gitksan people of northwestern B.C., and has been confirmed by geologists as the story of a major earthquake seven thousand years ago (Chamberlin 219-21).  The underlying theme is not who is right or wrong – it is the importance of understanding and respecting stories from all.  Orality is not “backwards”; it is the way most of us on this earth communicate (MacNeil).  What does a narrative of buffaloes, sunflowers, and blackbirds reveal about a people’s tie to a peculiar slice of land (Chamberlin 216)?

Secondly, western stories are not superior due to their written nature.  They are products of our imagination just the same.  There are two intriguing examples in “Ceremonies”: borders and title to land (Chamberlin 222-3, 229-30).  We may share the experience of being nervous when going through a border checkpoint even without any wrongdoing; perhaps because we appreciate the seriousness of national borders.  The concept, if we strip it bare is a product of collective imagination being recorded on pieces of papers such as treaties and legislation.  Borders are created and subject to change – the written form does not guarantee permanence.  In B.C. an entity’s entitlement to be on a piece of land is expressed on pieces of paper – the land title.  The systems is called “indefeasible”; in the legal sense it means protecting an innocent buyer against fraud, and in another way it is the fortification of imagined ownership by writing a lot of things down on paper (Land Title Act).  Again, this is not about who is right or who is wrong.

Finally, what are ceremonies about then?  One way to look at it is we all have to make sense of the world and life.  Certain ceremonies do that for things over which we exert no control: if an earthquake happens, if someone dies, if fish show up in the river.  A ceremony of words also tries to make sense: telling stories and understanding those of others.  Hopefully that ceremony will demonstrate the duality of them against us, or true or false is a “delusion” (Chamberlin 239-40).  Words, songs, and ceremonies will hopefully take us to more common ground.

There is a piece out today about how Aboriginal firefighters are very competent at what they do in Fort McMurrary because of their traditional ties to the land.  I am genuinely curious about their stories.