I began documenting landscapes affected by wildfires during the summer of 2017. At the time, standing near the edge of a forest that had recently burned offered a certain amount of exhilaration. Through dialogue with members of diverse communities, including fellow researchers at UBC’s Okanagan campus, I have learned about how forest ecosystems have adapted to wildfire and how certain species depend on fire for renewal. These conversations have altered my perspective of fire as a destructive force. Over the three fire seasons that followed, I made photographs that contained a certain amount of optimism. I avoided photographing devastated structures and, for the most part, turned my camera to environments that were undergoing renewal after the fire rather than depicting active wildfires.

This land is managed by various stakeholders, including sovereign Indigenous communities, settler residents and the forestry sector, who hold divergent views on appropriate use. Globally, a lengthy history of fire suppression to protect natural resources and infrastructure has led to media representations of wildfire as inherently destructive. My artistic approach to this subject acts as a critical foil to the dominant media discourse.

The arrival of the heat dome in early June of 2021 signalled a shift in my approach to making art on this subject. In the following weeks, I watched as communities in my vicinity were evacuated and burned to the ground. Picking up my camera and engaging in the creation of hopeful pictures seemed to attack the dignity of those who were displaced or had lost everything. I was also uninterested in documenting this trauma directly, thereby contributing to the media rhetoric. Perhaps visitors to this exhibition have been directly impacted by wildfires themselves.

This exhibition comes at a time when artistic representations of wildfire are becoming increasingly prevalent. As global communities continue to heal following the trauma of recent fire seasons, I hope that my images can act as a conduit to understanding our local ecology within the context of international climate change, and ultimately enhance our resiliency.

Andreas is a lecturer and researcher in the Faculty of Creative and Critical studies.
His research includes contemporary art, climate change, border studies, extractive industry. He teaches photography, visual art. 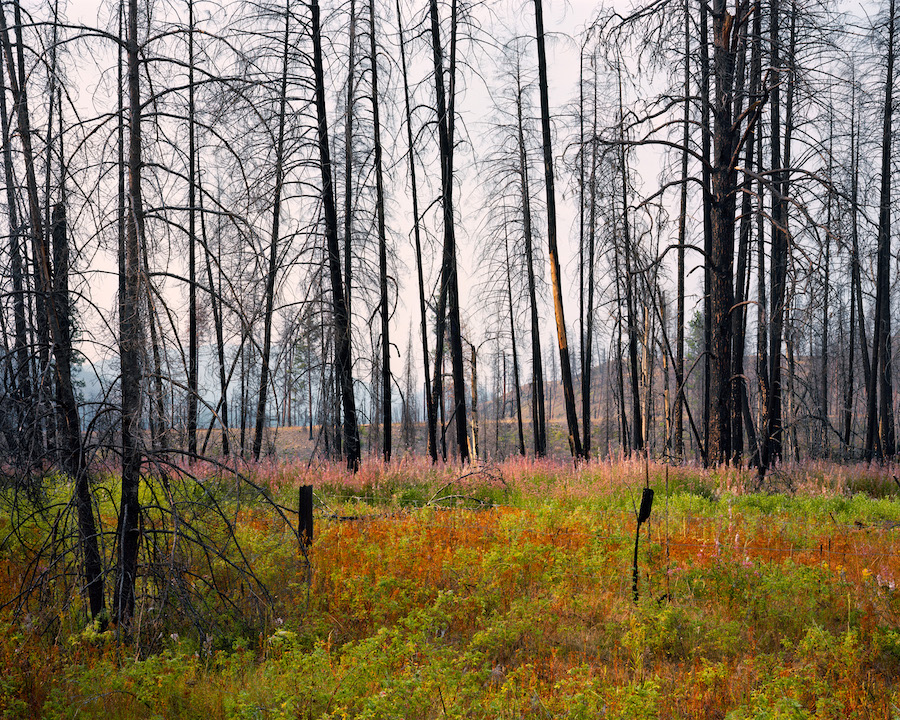 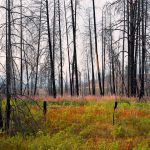 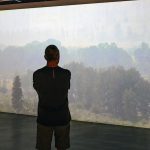 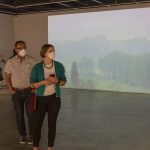 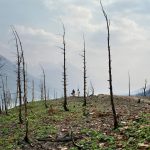 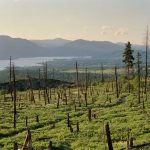 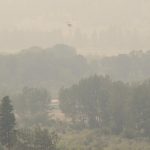 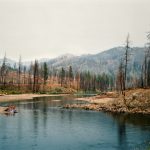 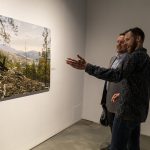 Heraa Khan: Devoured Earth: From floods in Pakistan to forest fires in the Okanagan

Tethered: A Study In Entanglements by Alison Trim