click image: it also links to http://www.lexilogos.com/dictionnaire_langues.htm, the link opens in a new window

Automated translation—of larger blocks of text, or indeed a whole text—is of limited usefulness for people who are actually actively learning a language and are in the beginner and intermediate stages, as this is a crucial time for learning how a language’s words—lexicon and semantics—do not map exactly onto words and meanings in your home language. It is also an important time for learning that new language’s grammar and syntax, how a language is structured, how it functions and what it is (in its own right, as a whole thing in itself, for us to work with respectfully rather than just something to instrumentalise and use).

That having been said, translation engines are a very useful supplement to the dictionaries above, for looking up words or phrases (for example, how to express a larger idea). Here is why, and how to make good use of translation engines. A simple search (ex. Google, Bing, Yahoo) for a single word will either provide you with a single answer (which is a top hit but not necessarily the right result for what you want to say) or a list of possible answers. If you’re a beginner, faced with a list of words in a language that is new to you, you have no way to know which of these results—be that a single word, or a list of options—because you don’t know enough of the language yet. So how do you check?

1. With any translation engine, provide as much context as possible: at least a sentence, ideally a whole paragraph. Even with engines providing a single top hit, this will help to nuance meaning.

2. As with any search / research, read all search results or as much as humanly possible (on a Google search, for example, by page 10-12 you should at least be starting to see patterns: repetitions, answers that seem more likely, answers that seem like outliers). If there are too many results and if there is no coherent pattern, refine your search. Do not rely on a general search engine’s ranking of results, as it has no necessary correlation with what you are looking for.

3. If in doubt, take the resuling translation (the full sentence or paragraph, NOT just one single word) and run it back through a translation engine into your original language. Does it still look like what you wanted to say?

4. If the resulting translation uses structures and tenses (and other verb conjugations) that you don’t know, please do not use them. Rework what you wanted to say (in both your original language and French, and ideally working with French to start with) and use the French grammar and syntax that you already know and understand. If in doubt, come and see your instructor in office hours to talk about translation problems.

5. Use the resulting translation search results to ensure that you have chosen the right French word(s) to translate the word (or short phrase, for an idea for example) that you wanted to express in the first place. This means that you are using a translation engine as a dictionary, using it to perform a more sophisticated dictionary search, and NOT to translate a whole text. (The inclusion of examples of usage, which helps readers to make decisions about meaning in context, are a characteristic of good big monolingual dictionaries, like the OED for English and the Grand Robert for French. Both are in our UBC Library, where you can access their excellent electronic versions for free.)

6. Last stage: make a note of the new vocabulary that you have learned. This could be in a vocabulary notebook (a physical book or a virtual one) or in your “savoir-vivre” ePortfolio. 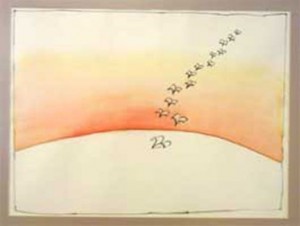