It’s 7:30am and my field partner, Jack, and I are packing up for a long walk through the grassy rangelands of southwestern Alberta, in the Rocky Mountain foothills. We’ve driven our truck as far as we can through a bumpy farmer’s field but have reached a steep, impassable gully. We’ll have to continue on foot from here – it’s a hot August day and a fire ban forced us to cancel our ATV rentals at the last minute. We load our bags with our lunches, several bottles of Gatorade, and an extensive list of equipment: a laser rangefinder, transmitter and pipe locator, tape measure, chest waders, life jackets, field books, and an iPad. Over the course of the day we’ll assess 15 gullies, streams, and hillslopes looking for signs of erosion and slope instability. 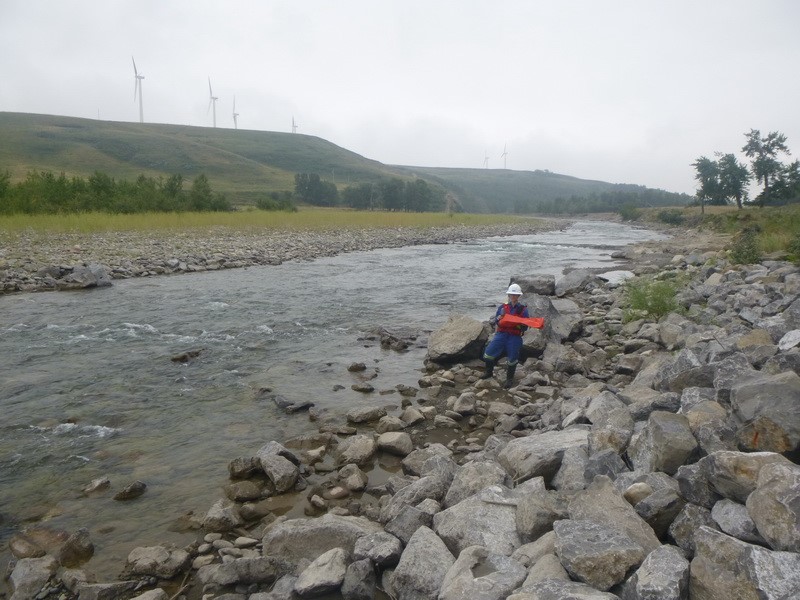 Figure 1. Assessing the condition of riprap in a river in the rangelands of southern Alberta. Photo credit: Jack Park.

I first realized I wanted to be a geoscientist on a visit to the UBC geography department in the spring of 2009. I was on campus to meet my future Master’s supervisor, Brett Eaton, when I spotted a poster for the environmental geoscience requirements for APEGBC (now EGBC). The poster featured a glossy picture of a helicopter perched on a gravel bar and asked: “Do you want a career as a geoscientist?” I was immediately sold. I’d completed a Bachelor’s degree in environmental science at McGill University, though, and had had no idea at the time that geoscience existed. The history, political science, and economics courses that I’d completed for my minor in international development, while very interesting, were not featured on the APEG geoscience syllabus. During our first meeting that day I sheepishly admitted to Brett that I’d perhaps chosen the wrong undergraduate program and that I wanted to complete the geoscience requirements rather than a Master’s degree. Thankfully he assured me that I could do both (perhaps not realizing that I needed to complete 15(!) additional undergraduate courses).

The path to my current career as a geoscientist ended up being a bit longer than I’d anticipated on that first day in the geography department. In addition to completing a Master’s degree I also stayed an additional four and a half years to complete a PhD in fluvial geomorphology. My research for both degrees focused on the effects of disturbance on river morphology. For my Master’s I ran flume experiments to simulate increased wood inputs to rivers from forest fires, looking at how the amount of wood impacted its geomorphic impact. For my PhD I shifted my focus to numerical modeling, simulating the impacts of episodic wood inputs and flooding on channel dynamics.

During my seven years in the geography department I gained a much greater understanding of river hydraulics and geomorphology. Equally importantly though, I became part of a network of scientists and consultants; many of my fellow students went on to work for the government as researchers or for consulting firms after completing their degrees. Through connections with former UBC geography students I was given the opportunity to complete a Mitacs internship at BGC Engineering, a consulting firm that focuses on geohazards. I spent four months in the summer of 2014 working with engineers and geoscientists at BGC to develop improved models for predicting bank erosion in rivers, and at the end of my internship I was hired as a part-time consultant. In the spring of 2016, as I neared the end of my PhD, I was hired full-time. 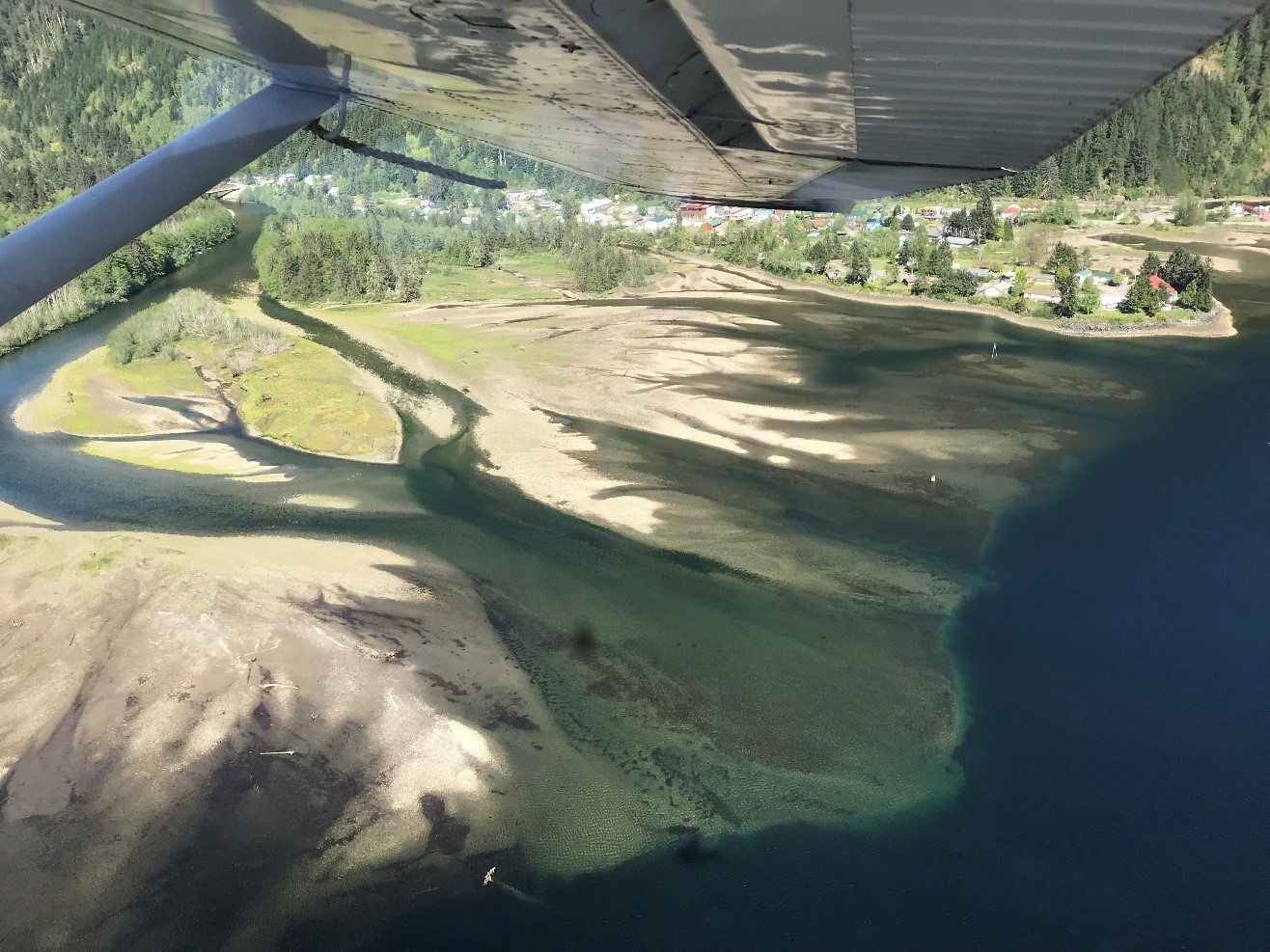 Figure 2. Flying in to a coastal British Columbia community to assess the flood and erosion risk. Photo credit: Sarah Davidson.

Some days as a geoscientist are as every bit as glamorous as promised in the poster I saw in the UBC geography department a decade ago. I’ve been flown from one stream to another by helicopter, travelled to remote coastal communities by float plane, and hiked through stunning landscapes. I’ve also spent hours trudging through swamps in a cloud of mosquitos, gotten stuck in an intertidal mudflat up to my waist, and climbed mountainsides in sweltering heat. For every day spent in the field, though, there is typically another week (at least) spent in the office. When Jack and I return from our two-week trip through the Alberta rangelands we’ll spend several weeks each on data entry and analyses. We’ll input the information we have collected about the two hundred streams and hillslopes we’ve assessed into a proprietary software program to determine which sites are the most likely to experience severe erosion or slope instability. We’ll then hone in on the highest priority sites, using air photos to assess historical erosion and to calibrate predictive models of future erosion. 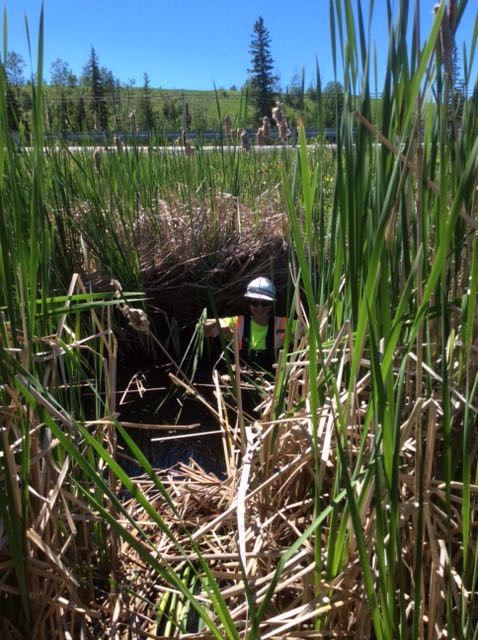 My time in the geography department provided the perfect background for the work I do now; rather than learning specific modeling programs or skills I learned the importance of understanding the processes that form the landscapes that we observe today. This brings me to my favourite part of being a geoscientist: we’re essentially landscape detectives. We use any evidence available – including air photos and satellite imagery, LiDAR, hydrometric data, previous research and reports, and even eyewitness accounts – to understand the processes that have shaped a landscape in the past. We then use these clues about past behaviour to predict how the landscape may change in the future, and whether (and under what conditions) these changes are likely to impact infrastructure. Since this approach relies more on critical thinking than the use of a specific modeling software or skill, I get to work on a huge variety of projects for a range of clients. With projects including flood assessments for municipalities, hazard assessments for pipeline operators and developers, and diversion channel designs for mines, it seems there’s never a dull day! 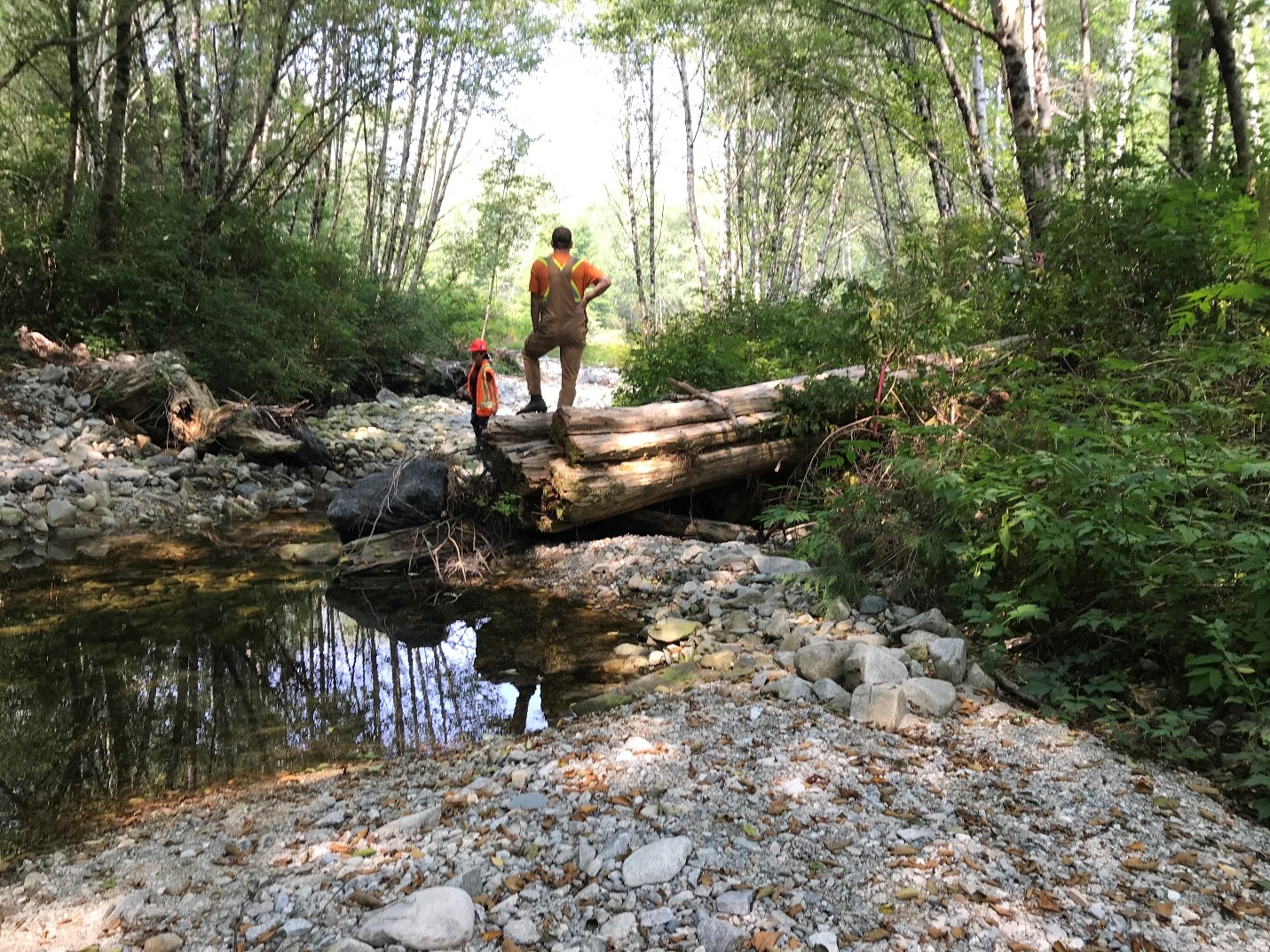 Figure 4. Assessing the effectiveness of engineered log jams in a stream on the west coast of Vancouver Island. Photo credit: Sarah Davidson.