At the Festival of Learning, I attended Dr. Greg Chan’s sessions:

This was a terrific opportunity to spend a day exploring web visibility in my professional life and planning for changes in my online portfolio. Below are a list of links and random ideas related to the workshop and my learning.

How do I show up?

To check what shows up when I Google myself, open up an incognito window in Chrome and search my name. Any surprises? I was happy to see that what appeared was: my isabeauiqbal.ca site, my CTLT affiliation (I expected this to be lower down), my LinkedIn, Twitter, and then some pictures (mostly me).

ICYMI – (in case you missed it)
FTW (for the win) – sometimes about yourself, but can be of someone else to celebrate their accomplishment
HT (hat tip) – give an accolade to
PRT – please retweet (If you want to make RT stronger, tag people)
TT – throwback Thursday
YOLO – you only live once (i.e. photo of you Skydiving or less dramatic)

Building your Site and Hosting

My Next steps for Social Media Presence

As a result of attending Greg’s workshops, here is what I have committed to: 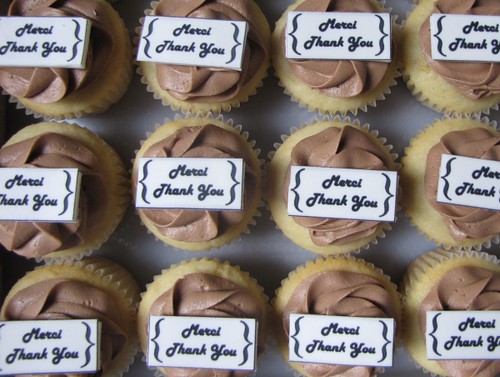 I recently read the book “The 5 Languages of Appreciation in the Workplace” (co-authored by Gary Chapman, who wrote the “The 5 Love languages” and Paul White). It is a quick read.

The authors of the book write about an approach they call “motivation by appreciation”. They propose that appreciation is a key element to a healthy, positive, and productive workshop. They also suggest that, individually, we have preferences for certain ways of being appreciated. The five categories Chapman and White write about are:

Want to know more, but don’t want to read the book? You can read over this slideshare video by Leonard Slutsky.

You may wish to visit the Appreciation at Work website (the “learn” section has short videos and articles). My son turned 14 yesterday. Whenever he has a birthday, I quietly celebrate my motherhood. I also think about Loïc ’s home birth and see him, small and lying on my chest, just moments after he exited the womb. Here he is, I thought. My son.

Yesterday, we celebrated joyfully with a family dinner. With the exception of his younger sister, the same family members were in our home: my spouse, my father, my father’s wife and me. It was a lovely, sunny end of day, just as it had been on June 10, 2001.

I went to bed early, as I always do. Lying on my bed, I looked out the window at the still-blue sky and the light coming through in much the same way it had on the evening of Loïc ’s birth. Fourteen years ago, I was here, my spouse fast asleep and my son a compact warmth touching me. Something about the light through the window and memories and a knowing how quickly childhood and teenage years go by prompted my tears.

I thought of my own mother, who lives in Montreal and how infrequently we see each other. I thought of Loïc and the intensity of the love I feel for both him and his sister. And, before falling asleep, I expressed gratitude for being a mother and all that it has brought me and taught me.