If two companies decide to merger, it means that both companies’ management teams seized an opportunity to benefit themselves from it. However, in Jiaqi’s blog article, she illustrated her doubts about the merger progressing between Burger King, an American fast food chain, and Tim Horton’s, a Canadian fast casual restaurant.

As an ordinary student, I cannot accurately judge whether Tim Horton’s decision was right or wrong because I have no access to the detailed information regarding their decision, and I have no access to the internal affairs of the firm either. Yet, as a customer in Canada, I completely agree with Jiaqi’s argument that the merge would negatively influence Tim Horton’s current value proposition.

The main target segment of Tim Horton’s is Canadian, and most of their chain stores are located in Canada. They pushed their unique property as Canadian brand, and this property enabled the rapid growth of brand awareness among the customers in Canada. Nevertheless, while Tim Horton’s is narrowly targeting the Canadians only, the involvement of a foreign company would eliminate their unique point of difference, which would result in a loss of identity and customer loyalty.

Moreover, the loss of unique identity is not only critical to the company’s value proposition, but it is also harmful for the Canadian industry. From the world’s point of view, the merger can be seen as if a Canadian company is sold to the stronger American company, thus it would be a precedent that prevents any other Canadian businesses to grow into global companies. Overall, I think Tim Horton’s should reevaluate what kinds of opportunity costs they are facing. 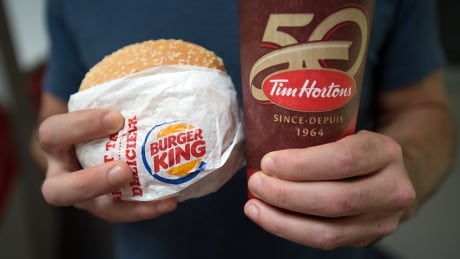