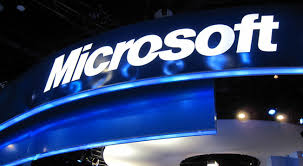 Microsoft is replacing its old employee review system with a new system that lets managers hand out raises and bonuses as they see fit, within their budget limits. The company’s old review system, known as the “stack ranking system”, had negative effect of giving a lower standing and compensation to some employees even when their managers might have felt they deserved more. According to Author Kurt Eichenwald, this program has forces every unit to declare a certain percentage of employees as top performers, good performers, average, and poor—effectively crippled Microsoft’s ability to innovate. From this terrible ranking system, it is proven that some performance managements may actually discourage the performance of employees. Mr. Eichenwald says that “Every current and former Microsoft employee I interviewed—every one—cited stack ranking as the most destructive process inside of Microsoft, something that drove out untold numbers of employees,” One engineer even claims that his performance reviews were “always much less about how I could become a better engineer and much more about my need to improve my visibility among other managers.”

Lisa Brummel, the company’s head of human resources, said that the former system was designed for an era when Microsoft was focused on employees as individual performers within a vertical corporate structure. The One Microsoft reorganization, which reshapes the company’s divisions around functional disciplines rather than products, is design to make Microsoft more collaborative across teams. “A forced distribution wasn’t getting at the teamwork principles that we really want to get at related to One Microsoft,” Brummel said. It is undeniable that it is a time of fierce competition for technical talent across the industry as Microsoft competes with large tech companies to recruit and retain top employees. Therefore, this new system is positive for the company because it increases worker’s working satisfaction and encourages employees to work as a team, rather than competing against each other.